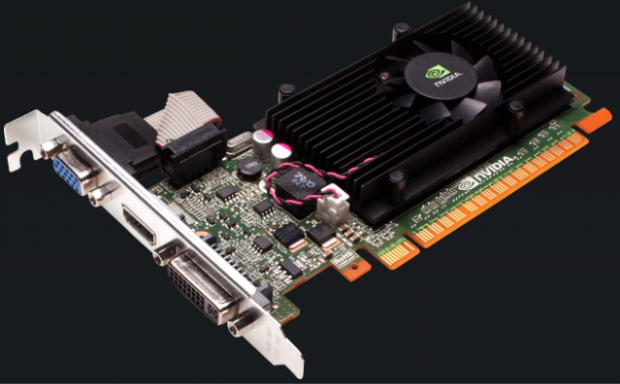 GeForce, the product that sounds like a teen Superhero team, is back with the brand spankin' new GeForce GT 520, the perfect GPU to accelerate media, gaming and, well- pretty much everything now that we've opened up GPU-accelerated web browsing. It supports DirectX 11 (meh), GPU accelerated General Purpose Computing (CUDA), and the aptly named physics engine processor, PhysX. If you're a gamer looking to upgrade your GPU and you plan on playing World of Warcraft: Cataclysm, Farming-Simulator 2011, or the bad-ass StarCraft II: Wings of Liberty, you're going to want to check the GT 520 out as those games will take full and absolute advantage of this GPU's processing power. With 48 CUDA cores, 810 MHz Graphics Clock, 1620 MHz Processor Clock, and a Texture Fill Rate of 6.5 billion/sec, this GPU should some serious cajones to your gaming machine. Let's also not forget that it's 3D photo, 3D video, and 3D Blu-Ray ready.

Check out more at their product website, or more after the jump.


It also supports all of this cool stuff:

HDMI Output
Support for HDMI 1.4 output enables sending both high-definition video and audio signals to an HDTV via a single cable.