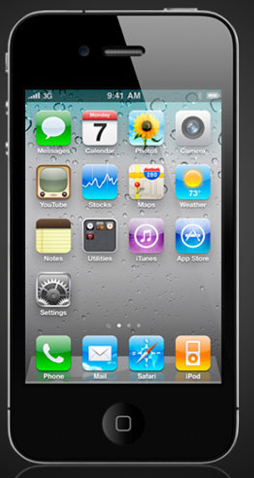 If you're part of a small group of affected users, your iPhone might be using the rear-facing camera to snap pictures of you without your knowledge. Wired reports. According to some recent posts on Apple's Support Forum, users have been complaining about an unusually observant iPhone 4 Facetime feature. User MrGQ posted the following:

I tried using my iPhone, much to my chagrin/relief there was no such error. I have to say, ever since the debut of pre-installed webcams, I've wondered if one day I won't notice that green light flashing on my MacBook, even though I'm not running Skype or PhotoBooth. I wonder sometimes how difficult that would be to hack into- my friends and I used to play around with Trojan Horse programs on each other's computers back in the 90's that would let us turn the monitor on and off and eject the CD-ROM drive (amongst other things); I can't imagine that similar viruses or coding couldn't handle turning the webcam on and off.

Just remember to close your laptop and cover your iPhone with a sock or something the next time you change, or shower. Also, you know how you play iPhone 4 games at any idle moment? Like, when you're on the john? Might want to stick to crossword puzzles from now on. Just sayin'.
NEWS SOURCE:wired.com
Newsletter Subscription