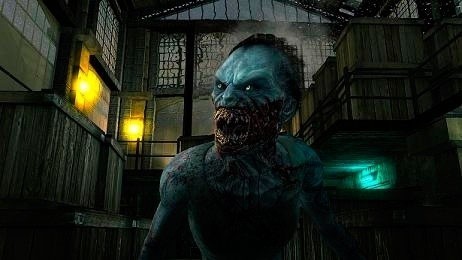 The world of "Amy" takes place in December 2034, when global warming has taken its toll on human life with the spread of disease and the occurrence of natural disasters. The game is set in the small Midwestern town of Silver City where players take on the role of Lana, who wakes up in the aftermath of a meteor strike.

Amongst the warzone she wakes up in, she discovers that everyone around her is inflicted with a virus of some sort that makes them violent. Lana must find a way out of the chaos before she too loses her sanity. During her escape Lana encounters a strange little girl who she rescues and must make choices that will ultimately affect both of their lives.

A full factsheet of the game is below:

- Contrary to several games with a secondary character, Amy (the child you have to protect) is neither a super warrior nor a docile character that follows you. You are able to use her small size and weight to reach inaccessible areas, ask her to do specific actions and you'll even be able to use her mysterious gifts. But she will need to trust you and you might accept to get hurt to keep her safe.

- Amy is based on a rich, addictive and twisted story-based scenario. Strong efforts have been put on the characters backgrounds and behaviors but also on audio, sound design and a very unique use of camera setting to create emotion

- Lana and Amy are often weaker than their enemies. You can choose to confront them directly by using improvised weapons for close combat. You can run or try to push them away but you can also use hiding places and prefer stealth action. Lana being infected by the virus, she mutates when exposed too long and end up dying if not cured or protected by one of Amy's special powers. But when infected, Lana can lure her enemies and move without being attacked.

- Lana and Amy are facing various kinds of enemies that can detect sounds, heat, movements and much move. They also can act in hordes and exchange information. Some groups of enemies being aggressive to each other, you can try to escape by triggering a fight between them.

Rarely seen before quality of graphics and animation on PlayStation Network

- Amy might be one the first games on PlayStationNetwork with such a level of rendering detailed modeling and motion capture animation.

- Running, hiding and fighting are core elements of the gameplay. However, you'll sometimes need to use your wit to get out of delicate situations.
NEWS SOURCE:gameranx.com