All NewsBusiness, Financial & LegalCases, Cooling & PSUContests & GiveawaysCPU, APU & ChipsetsDealsDisplays & ProjectorsGamingMotherboardsScience, Space & RoboticsStorageVideo CardsVirtual & Augmented Reality
All ReviewsAll ArticlesAudio, Sound & SpeakersCases, Cooling & PSUCPUs, Chipsets & SoCsComputer SystemsDisplays & ProjectorsGamingMotherboardsNetworkingPeripheralsStorageVideo Cards
GuidesGamingAsk the ExpertsNewsletterAboutForums
Halo InfiniteBattlefield 2042Elon MuskGTA 6RTX 3080RTX 3070HDMI 2.1Bitcoin Mining
Mobile Devices
I'm not sure why it is that in my area I can't seem to get a reliable 3G connection with AT&T on my iPhone. The connection drops in and out of 3G and will go from one bar to full bars depending on how I hold my head and what time of day it is. Anyone with a similar problem knows how frustrating it can be. My 3G connection might be spotty here in Texas and AT&T may drive me crazy, but folks at the top of Mount Everest can now get full 3G connectivity for voice and data. 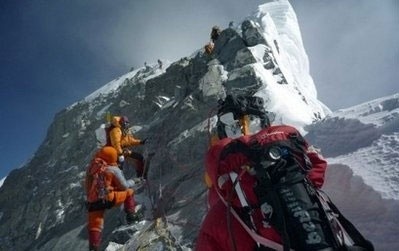 Interestingly the same wireless carrier has the world's lowest 3G station at 4,595 feet below sea level inside a European mine. The 3G service reaches to the top of Everest so now people, can Tweet about their summit adventure or beg for help in an emergency. The new connectivity means that climbers won't have to depend on satellite phones in an emergency. The downside is sherpas will now have to deal with the constant ding of text messages during their climb.
NEWS SOURCE:news.yahoo.com