All NewsBusiness, Financial & LegalCases, Cooling & PSUContests & GiveawaysCPU, APU & ChipsetsDealsDisplays & ProjectorsGamingMotherboardsScience, Space & RoboticsStorageVideo CardsVirtual & Augmented Reality
All ReviewsAll ArticlesAudio, Sound & SpeakersCases, Cooling & PSUCPUs, Chipsets & SoCsComputer SystemsDisplays & ProjectorsGamingMotherboardsNetworkingPeripheralsRAMStorageVideo Cards
GuidesGamingAsk the ExpertsNewsletterAboutForums
RTX 3090 TiRTX 4090Diablo 2GTA 6Halo InfiniteElon MuskRTX 3080HDMI 2.1
Back early in the summer it came out that the SEC had filed charges against Dell computers for alleged fraudulent accounting practices when reporting its earnings to stockholders. After fighting the case in court, Dell Computers finally came back and proposed a $100 million settlement offer to the SEC, which had to be approved by the judge presiding over the case. 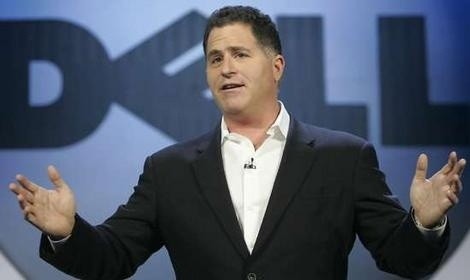 That judge has given the $100 million fine the nod and Dell is set to put the legal row behind it and move forward. The charges stemmed from the fact that Dell failed to disclose to shareholders that some of the money it was reporting as earnings was in fact payments from Intel to remain an Intel exclusive processor company. The payments were to prevent Dell from buying AMD processors. The practice of paying for exclusivity has also landed Intel in hot water with authorities and resulted in a huge fine for the world's largest chipmaker.

Dell computers will not be paying the entire $100 million settlement out of its own pockets. Founder Michael Dell will also pay $4 million of the fine from his own money. Former Dell CEO's Kevin Rollins and James Schneider will also pay fines out of their own pockets to the tune of $4 million and $3 million respectively. The settlement does allow current CEO Michael Dell to retain his position in the company.
NEWS SOURCE:bloomberg.com