All NewsBusiness, Financial & LegalCases, Cooling & PSUContests & GiveawaysCPU, APU & ChipsetsDealsDisplays & ProjectorsGamingMotherboardsScience, Space & RoboticsStorageVideo CardsVirtual & Augmented Reality
All ReviewsAll ArticlesAudio, Sound & SpeakersCases, Cooling & PSUCPUs, Chipsets & SoCsComputer SystemsDisplays & ProjectorsGamingMotherboardsNetworkingPeripheralsRAMStorageVideo Cards
GuidesGamingAsk the ExpertsNewsletterAboutForums
RTX 3090 TiRTX 4090Diablo 2GTA 6Halo InfiniteElon MuskRTX 3080HDMI 2.1
Laptops
In Europe and other countries, the practice of subsidizing notebooks and netbooks in exchange for a contract on a new mobile broadband account has been going on for a long time. The practice isn't new in the US with many wireless providers now doing the same thing, though it took much longer to become normal in the US than it did in Europe. Verizon Wireless has announced a new addition to the subsidized notebook line called the HP Pavilion dm1-2010nr. 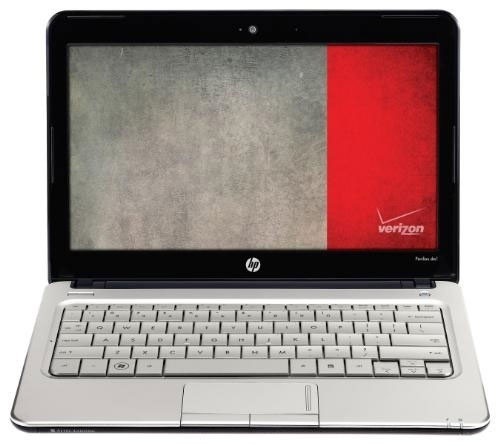 The notebook runs on an AMD Athlon II Neo K325 CPU that runs at 1.3GHz and has dual-cores. The notebook also has 2GB of DDR3 RAM with one single memory slot. HP uses Windows 7 Home Premium 64-bit OS on the machine and it has an integrated microphone and webcam. The notebook is finished with the HP imprint finish with champagne gold color.

The screen of the notebook is 11.6-inches and it is LED backlit with a resolution of 1366 x 768. The sound system of the notebook is from Altec Lansing and the machine measures 11.4" L x 8.03" D x 0.78 to 1.20" H and weighs 3.24 pounds. The little notebook naturally has an integrated Verizon broadband modem. It will sell for $199.99 after a $200 mail-in rebate and a new 2-year mobile broadband agreement. The machine is available right now.
NEWS SOURCE:verizon.com