All NewsBusiness, Financial & LegalCases, Cooling & PSUContests & GiveawaysCPU, APU & ChipsetsDealsDisplays & ProjectorsGamingMotherboardsScience, Space & RoboticsStorageVideo CardsVirtual & Augmented Reality
All ReviewsAll ArticlesAudio, Sound & SpeakersCases, Cooling & PSUCPUs, Chipsets & SoCsComputer SystemsDisplays & ProjectorsGamingMotherboardsNetworkingPeripheralsStorageVideo Cards
GuidesGamingAsk the ExpertsNewsletterAboutForums
Laptops
Panasonic is probably best known for its TVs and other home theater gear like Blu-ray players. The company has a line of notebooks that are used in a lot of business settings because they are ruggedized called the Toughbook line. Toughbooks come in a number of models to suit the needs of each user and the latest new machine to be added to the range is the CF-C1. 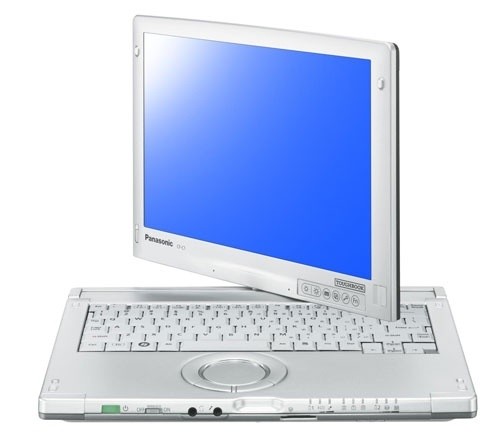 The CF-C1 is a convertible notebook that can be used as a tablet as well. The machine has a multi-touch resistive touchscreen that supports gestures and can be used by workers that wear gloves. The screen also uses a matte finish so glare is not such a problem as it is on glossy screen notebooks. The machine also has dual batteries that can be hot swapped allowing for up to ten hours of use.

Other features of the notebook include a removable HDD that allows the user to secure their data and the machine has a fingerprint reader and RFID option as well. The OS for the notebook is Windows 7 and the processor inside is a Core i5-520M vPro running at 2.4GHz. The notebook also has WiFi, 3G, and Bluetooth connectivity. The machine sells for 1,709 and is available right now.
NEWS SOURCE:realwire.com