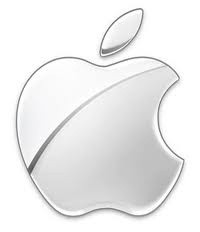 Some of the Taiwan based component suppliers of Apple revealed they believer the shipments for the second-gen iPad will begin next year, according to DigiTimes. With that in mind, it would indicate to us that Apple will announce the iPad at the end of Q1 2011.

DigiTimes publication reported that four iPad suppliers, TPK Touch Solutions, Wintek, Cando and Chimel Innolux were in the process of completing validation by Apple for "ultra-thin, glass-based touch panels". With those terms used, it would seem that the next-gen iPad could've been on the treadmill this last few months and maybe lost some weight, maybe starting to look a bit thinner too.

There was a report a week ago, based on a conversation with an "Apple insider" that stated they were releasing a new version of the iPad for the holiday season. It would include a video camera for it's video conferencing over Wifi, FaceTime. The Apple insider added: "A version of the tablet device with a built-in video camera and support for the new FaceTime video conferencing standard has already progressed to the advanced testing stages, according to a person with proven knowledge of Apple's future product plans".

He also noted: "The publication also noted that "although Apple's historical product cycles would beg to differ, that person familiar with the company's plans claims that as of last month, there was an ambitious push inside Apple to verify the refresh for a possible launch ahead of this year's holiday shopping season."

Well, we all can sit here and debate the existence of knowledge about an upcoming product, with the millions sold in iPad's, Apple would be crazy not to release another. So the questions are, will it look the same? will it include a camera? will it be lighter/smaller? will it cook and clean for me?

The usual questions will be answered, we'll continue to keep you posted on any future news of the second-gen iPad.
NEWS SOURCE:pcworld.idg.com.au