All NewsBusiness, Financial & LegalCases, Cooling & PSUContests & GiveawaysCPU, APU & ChipsetsDealsDisplays & ProjectorsGamingMotherboardsScience, Space & RoboticsStorageVideo CardsVirtual & Augmented Reality
All ReviewsAll ArticlesAudio, Sound & SpeakersCases, Cooling & PSUCPUs, Chipsets & SoCsComputer SystemsDisplays & ProjectorsGamingMotherboardsNetworkingPeripheralsStorageVideo Cards
GuidesGamingAsk the ExpertsNewsletterAboutForums
Chia Coin MiningRTX 3090RTX 3080RTX 3070HDMI 2.1Bitcoin MiningBattlefield 6
Gaming
3D this, 3D that; as time goes by the push for 3DTV in the household looks to be cementing itself deeper and becoming a new standard. There are several early adopters already in the way of 3D-enabled displays and Blu-ray player updates. Even Sony is getting all serious about it with firmware updates for the PS3. 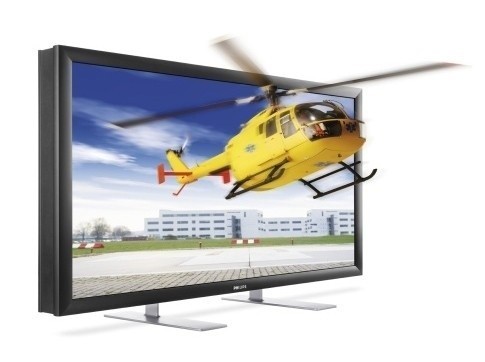 In the future as 3DTV grows Microsoft promises to take notice and add support. "We closely and constantly evaluate consumer trends. If there is demand, we've demonstrated in the past that we are able to quickly dedicate resources to respond to consumer interest."
NEWS SOURCE:gear.ign.com
Newsletter Subscription