The new series of Velociraptors are scheduled to be unveiled in just over 24 hrs from now and while there's a tight seal on what's allowed to be disclosed about them at this point, sources have leaked some of the main points of interest. 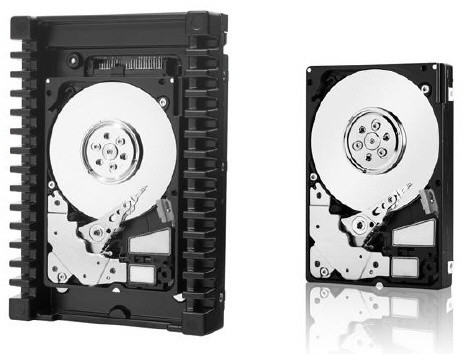 The drives will continue to be based around a 2.5-inch form factor, but will come with a 3.5-inch mounting frame that is icepack reloaded, doubling as a heatsink. Capacities will start at 150GB, moving upward to 300, 450 and 600GB capacities.

In typical Raptor fashion, the drives will run at 10,000RPM whilst carrying 32MB of cache, sport the latest SATA 6Gbps interface and have a 3ms latency.

Western Digital claims a sustained transfer speed of 145MB/sec with these drives. Noise levels are at about 37 dBA. Western Digital has also implemented NoTouch ramp load technology which means reduced wear over time. The drives will also be backed by a five-year warranty.

Chris is expecting his next-gen Velociraptor drive in anytime now and we should have our full review of the drive online as soon as the NDA lifts tomorrow, so stay tuned and watch out for that one.
NEWS SOURCE:tcmagazine.info
Newsletter Subscription