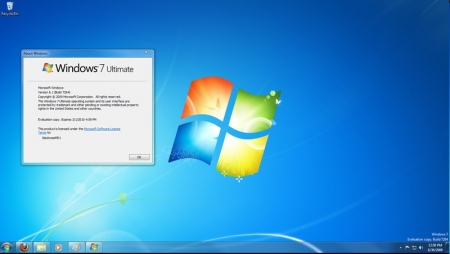 Considering that Microsoft has announce in the past that they were considering multi-PC licensing and Apples upcoming Snow Leopard is said to be coming in a five-user pack for families, it wouldn't seem too far fetched. The Software License Terms for Windows 7 makes mention of a Family Pack and details that it can be installed on no more than three computers.

Interestingly enough, this clause only appears in the Windows 7 Home Premium installation and is not mentioned in others. Microsoft has been hush hush on the issue and hasn't responded to emails on the new information as one would expect.

2. INSTALLATION AND USE RIGHTS.
a. One Copy per Computer. Except as allowed in Section 2 (b) below, you may install one copy of the software on one computer. That computer is the "licensed computer."

d. Number of Users. Unless otherwise provided in these license terms, only one user may use the software at a time.

e. Alternative Versions. The software may include more than one version, such as 32-bit and 64-bit. You may install and use only one version at one time.