But we did not know when we would see these potential serious competitors for the iPod. Well now we may have a date for you. According to an article over at Fudzilla we might see the new Zune HD in September.

The capacities will be limited to 16GB and 32GB. This is a shame as a 64 and 128GB model would probably have sold better especially given the "HD" quality video playback.

No word on pricing yet but you can bet they won't be cheap. 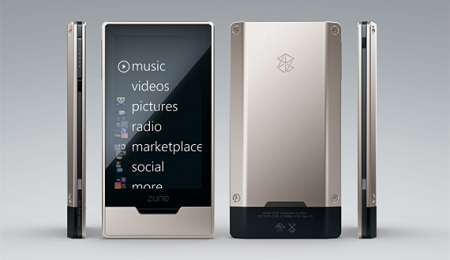 This new launch date contradicts the previously rumored September 5th launch but this one is more realistic as it falls on Tuesday, the day when Microsoft and some other companies usually launch their new products. The 32GB an 16GB capacity is kinda disappointing as we expected a bit more from Zune HD, but other version might follow at a later date.

The main question is the price, which unfortunately was not mentioned in these leaked documents. The price could end up high, due to the multi-touch OLED screen and Nvidia Tegra, but that's something that is yet to be seen.