All NewsBusiness, Financial & LegalCases, Cooling & PSUContests & GiveawaysCPU, APU & ChipsetsDealsDisplays & ProjectorsGamingMotherboardsScience, Space & RoboticsStorageVideo CardsVirtual & Augmented Reality
All ReviewsAll ArticlesAudio, Sound & SpeakersCases, Cooling & PSUCPUs, Chipsets & SoCsComputer SystemsDisplays & ProjectorsGamingMotherboardsNetworkingPeripheralsStorageVideo Cards
GuidesGamingAsk the ExpertsNewsletterAboutForums
Halo InfiniteBattlefield 6Elon MuskGTA 6RTX 3080RTX 3070HDMI 2.1Bitcoin Mining
There has been a lot of talk about GlobalFoundries and their move to 32nm HKMG (High-K Metal Gate. Now while the semantics of the announcement are correct, they will indeed be the first "foundry" to have 32nm HKMG but will they really be the first?

In an interesting read Digitimes is saying that Intel will be the first company to get to 32nm HKMG not directly but in a manner of speaking. If their story is true Intel is going to skip the Tock portion of the Havendale CPU at 45nm and dive straight into Clarkdale at 32nm. 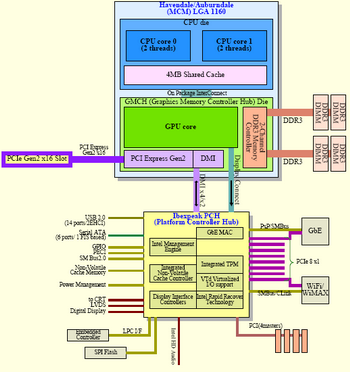 The company also recently decided to skip production of 45nm Havendale CPUs and will go directly to 32nm Clarkdale because 32nm development is going smoothly, the sources revealed.

UPDATE - Motherboard manufacturers have indeed confirmed that Intel will skip Havendale and move straight to Lynnfield in early 2010.
Newsletter Subscription