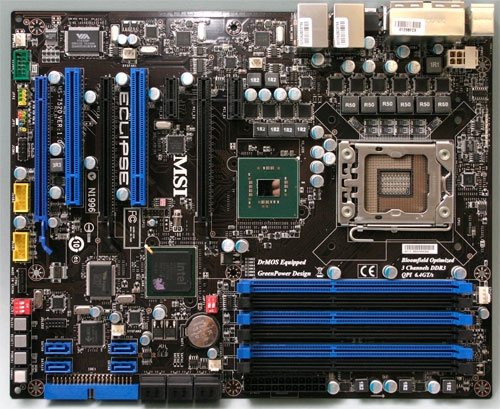 MSI says that their entire line of X58 based motherboards now feature support for NVIDIA SLI, from the cheapest of X58 boards to the most expensive. This includes the X58M, X58 Platinum, X58 Eclipse SLI, X58 Eclipse Plus, and X58 Pro-E.

Just as GIGABYTE did a few months ago, the update for existing boards is a simple BIOS update. MSI says that you can either use their Windows-based Live Update utility or the motherboard's built-in M-Flash tool to apply the new update and then enjoy the benefits of being able to choose between SLI or CrossFire as you please.