OCZ Technology started the ball rolling with their Vertex Series of drives but the Summit takes everything to a new level with its 128MB of onboard cache. So far the Summit looks to be the first and only drive to offer this amount of onboard cache. OCZ claims the Summit has a read speed of 220 MB/s and write speeds of an amazing 200 MB/s for the 256GB drive.

Patriot Memory is also looking to join in the Barefoot fun and will have the new Torqx Series drives in distributers hands by the end of next week. In a conversation yesterday with Patriot I was told that the Torqx will be another outstanding product for Patriot and the company is expecting to gain market share with this release.

Pricing information has yet to be released but we are expecting an intense fight since G.Skill has priced the Falcon so aggressively. 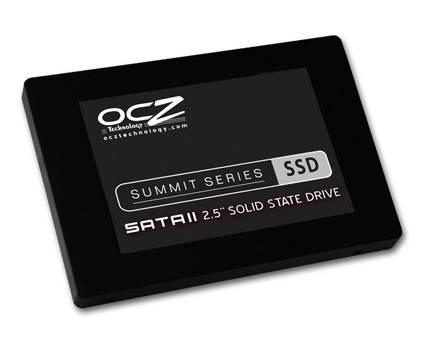