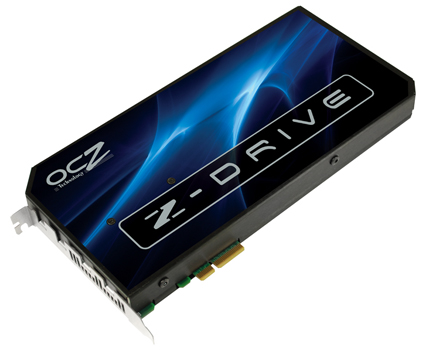 Dubbed the Z-Drive series, these come in three capacities of 250GB, 500GB and 1 Terabyte, each being MLC based with a 256MB on-board data buffer, in-built RAID on the 500GB and 1TB models and all operating via a PCI-Express x4 interface.

Now for what you all really want to know, performance and price. While the MSRPs haven't been disclosed as yet, a french e-tailer has listed the three drives up on its website with pricing in Euros to give a rough idea of what you'll be up for if you want one (and it's gonna hurt!) - The 250GB model has claimed read and write speeds of 450MB/sec and 300MB/sec respectively, shifting for 1,399.99 Euros, whilst the 500GB model boasts max read and write speeds of 510MB/sec and 480MB/sec, going for 2,199.99 Euros. And finally, the real bad boy of of the bunch; the 1TB which has max read/write speeds of 500MB/sec and 470MB/sec, only making it into the hands of those who cough up 3,399.99 Euros. 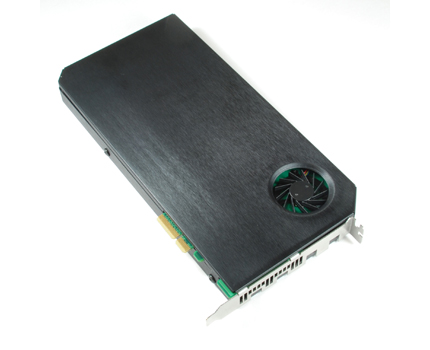 For further details, you can read OCZ's official announcement on the Z-Drive series of PCIe based SSD solutions here folks.

"It is our goal to deliver tailored SSD solutions for the complete spectrum of high performance applications," said Eugene Chang, Vice President of Product Management at the OCZ Technology Group. "Designed for ultra high performance consumers, the Z-Drive takes the SATA bottleneck out of the equation by employing the ultra fast PCI-Express architecture with a RAID controller and four Vertex controllers configured in four-way RAID 0 within an all-in-one product, making this solution ideal for applications that put a premium on both storage performance and maximum capacity."