Conspicuously absent was the main new feature, an even smarter Genius Bar that was able to recommend movies etc.

Well now Apple has commented and said that the new component is there, however it is not enabled. Spokes Person's for Apple said that the feature is not live but should be in a couple of days.

Many wonder why Apple would release the update before the feature could be used. 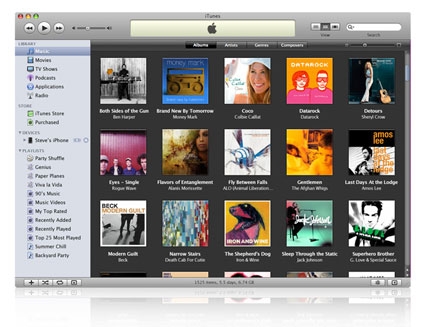 It now appears the mystery of the invisible smarter Genius has been solved. According to Apple spokesman Tom Neumayr (who spoke with Macworld), the improved Genius feature is present in iTunes 8.1, it's just not enabled yet. "The feature isn't live yet, but it will be in the coming days," was his only comment.

So, there you have it. Apparently Apple needs to do a bit more tweaking of its iTunes servers before feeding its Genius new data about the TV shows and movies we're watching.

Genius was unveiled in iTunes 8, unleashed as part of iPod lineup refresh last September and was hailed as the greatest new feature.