The boom in sales comes after the release of the World of Warcraft v3.0.8 patch, which adds support for the 3D glasses. This probably isn't much of a surprise since WoW is such an incredibly popular games with loads of gamers playing it all around the world.

NVIDIA prepared a graph to demonstrate the growth. 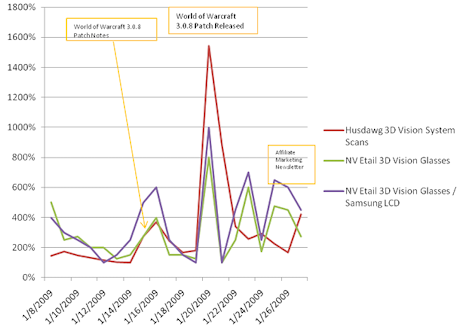 Now NVIDIA, we still have not got our 3D glasses sample from you yet. Where are they?