All NewsBusiness, Financial & LegalCases, Cooling & PSUContests & GiveawaysCPU, APU & ChipsetsDealsDisplays & ProjectorsGamingMotherboardsScience, Space & RoboticsStorageVideo CardsVirtual & Augmented Reality
All ReviewsAll ArticlesAudio, Sound & SpeakersCases, Cooling & PSUCPUs, Chipsets & SoCsComputer SystemsDisplays & ProjectorsGamingMotherboardsNetworkingPeripheralsRAMStorageVideo Cards
GuidesGamingAsk the ExpertsNewsletterAboutForums
RTX 3090 TiRTX 4090Diablo 2GTA 6Halo InfiniteElon MuskRTX 3080HDMI 2.1
Storage
Plextor aren't quite the dominant force they once were in the optical drive market, but they are still reknowned for making some of the best quality drives out there and it's this very reason that they still run a healthy business and continue to expand on their product range. 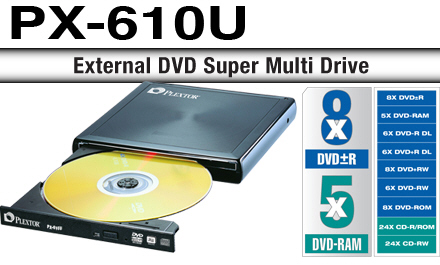 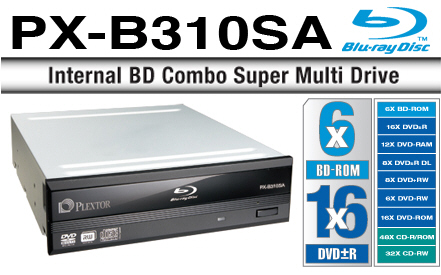 For further information about Plextor's lineup refresh, you can view the official announcement here.

"Plextor continues to strengthen its position in the optical storage market with the addition of these new drives to its already robust line of products," said Bob Gronski, vice president of sales and marketing for Plextor. "Now more than ever, people are going out less and taking advantage of home entertainment more, so it's a perfect time for us to introduce such an extensive line of products."