The word "Rage" to many people is a negative sentiment - it conjures up pure frustrated anger. Contrary to all normal perceptions, rAge with a capital "A" is the embodiment of fun, excitement and the well known phenomenon of Computer gaming madness.

Yep, for those of you who don't know what I'm talking about, let me explain... "rAge" is the acronym for "Really Awesome Gaming Expo". This is the BIGGEST gaming Expo event in Africa as a whole, and is held every year at the "Dome" at Northgate in Johannesburg, South Africa. It runs for the last few days of September into October every year, and features fantastic displays of technology.

All the biggest names in Computer and Console gaming peripherals display their wares to the enthusiastic crowds, whilst gamers from all walks of life and from as far-a-field as Dallas, USA display their l33t (l33t = elite, for the uninitiated) skills. 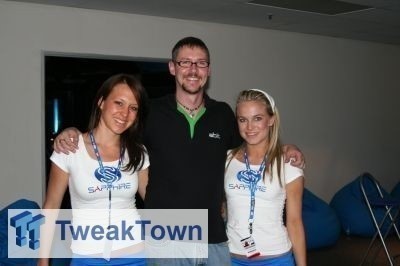 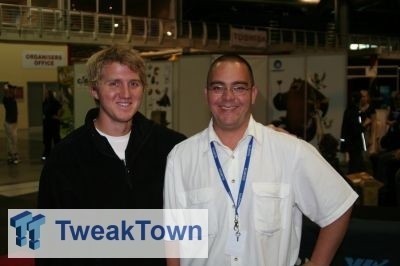 (Picture of Chief NAG Editor and Coordinator of rAge: Michael James with Fatal1ty) 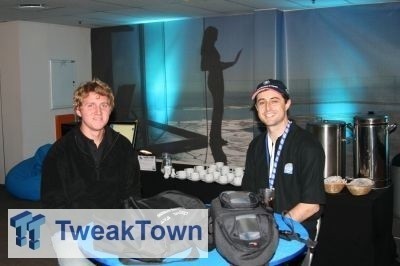 Clash of the Titans

This year was no exception and in particular everyone was looking forward to the clash of the TITANS in the Quake 4 championships. With five international quality players, including: Jonathan "Fatal1ty" Wendel hailing from Kansas City USA, who took second place after a seven month well earned rest earlier this year. The winner of the Q4 championship, taking R10 000 in cash was Rafik "LoSt_CaUsE" Bryant from Dallas, USA. It was a very closely run event, with Rafik winning by 2 frags in the deciding round, the final score being 16-14 to Rafik. He was ecstatic to say the least to beat Fatal1ty, and not surprisingly, since to date, Jonathan has taken 5 consecutive championships in the First person Arena over the last 5 years.

Fatal1ty proves consistently why he is the best, with his undying dedication and commitment to the gaming community in general. I approached John and asked him if he would be interested to play all the worlds leading players in an exclusively hyped event to see where he stands right now - he said, yes he would love to invite them all for a gaming LAN, but not to compete, rather to do a blood drive. Totally caught off guard, I had to ask him to elaborate. He explained that he would invite them to give blood at the LAN to bolster the depleted blood-banks in most countries. This kind of road trip would be an awesome event and anybody interested in helping push something like this, please contact the Fatal1ty website. 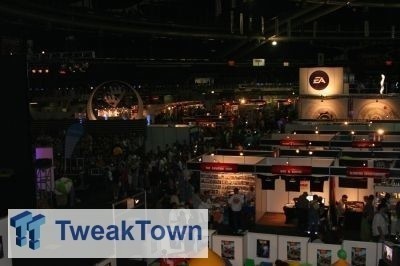 Following Fatal1ty around while he prepared for the finals at the rAge event, I found him amongst the "Bring your own "(BYO) PC gamers. Sitting right next to him was a young chap with a grin on his face from ear to ear. This young guy was thrilled to be sitting next to his idol.

The young mans name was Aries Shomalistos, who promptly phoned his mom to tell her the good news. She, not believing it was THE "Fatal1ty", asked to speak to him. Of course Mrs. Shomalistos' surprise was compounded when Jonathan's American voice kindly accepted her dinner invitation. Since my timing was perfect, I was able to go along for the ride. 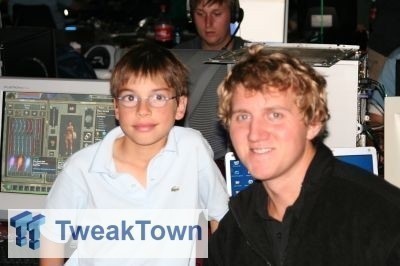 Surprise invitation- Hospitality second to none!

Arriving at the Shomalistas house was something akin to going to a five star hotel. This was the kind of home you expect to find in Garden & Home magazine. It was solid, well protected, and exquisitely designed, decorated and kept. The family consisted of 3 boys; Harry the oldest, studying at university, Alex the middle child who was always quick to share his opinion, and Aries, the youngest at 12 years old was all smiles and happiness. 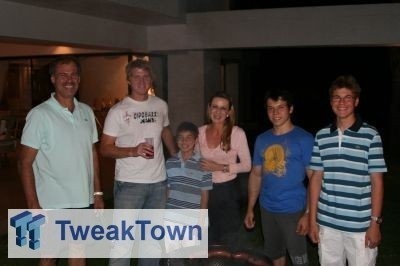 The parents, Mr Mike and Gina Shomalistos were extremely generous and kind, and they gave us such a sterling braai (Barbeque to Philistines outside South Africa) unequalled in recent history. The salad matched anything that could come out of the Mediterranean, and the T-Bone steaks were almost 1kg a piece!! 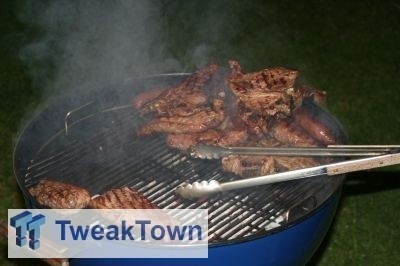 Both Fatal1ty and I having been on the road for some time, where completely captivated with this excellent spread, and dined literally until we nearly burst. Then to top it off, out came the ice cream and chocolate sauce. After squeezing in the last few mouthfuls, Jonathan accepted a challenge from the three eager boys, who by now had had enough of waiting.

Fatal1ty vs. the Kid

Fatal1ty vs. the kid 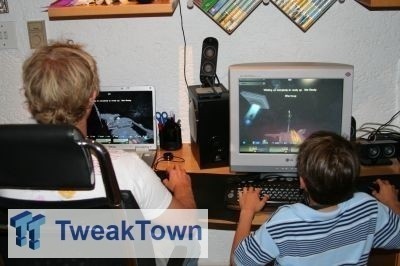 They wanted to experience if his (Fatal1ty's) skill matched the hype they had heard about. They were not disappointed and Jonathan kindly fragged the boys until the parents begged us to stop. The boys had school the next day and needed to sleep. Jonathan let Aries take the last frag, saying, now he has a reason to come back: REVENGE!! I hope you are practicing Aries.

I would like to take this opportunity to thank the Shomalistos family for showing Jonathan and myself the kind of hospitality I have heard so much about that comes from South African shores. Many thanks and Kudos to you. Not wanting the fun to end, nor for the topic to be exclusively geek speak (games and technology); Mike (Mr Shomalistos) was anxious to make even more of an impression about one of South African's favorite pastimes. Being a keen sportsman in his day who still enjoyed a round of golf. To him, this whole business of gaming on computers was alien, to say the least. He wanted to see if Fatal1ty could be as good doing a "REAL MAN's" sport as he was in the virtual worlds. 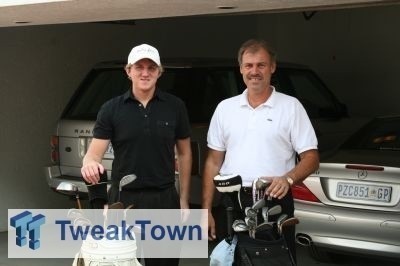 Naturally Fatal1ty, who having worked at a Golf course before he started out as a professional gamer, was eager to prove Mike wrong. That set us up for the next day where the "REAL" match began in earnest. Both guys backing themselves with (I dare to mention) a small wager to make things a little more interesting. Since I was useless at golf and during both times when I had tried in the past; people got hurt; I declined politely and allowed them to play unhindered. After the first 9 holes, things were looking pretty grim for both guys, since they were neck and neck, and each knew that it was now down to an issue of luck for there to be a true winner. I'm glad to say I never saw the final card nor score, however, both smile knowingly and suggest that it was a good match with them both coming out on top. This brought to an end Fatal1ty's second trip to South Africa, and even if he didn't win the tournament, he certainly won some friends. A much better bargain in my book.

As a side note, Aries Shomalistos dedicated a project to Fatal1ty earlier this year, John was his idol and hero, which he presented at school to all his classmates. He wanted everyone to know he is Fatal1ty's most avid fan and intends to become a world class gamer himself. There are many more young guys like Aries, all eager to pursue the goal of success and fame. Unfortunately not everyone gets the chance that Aries has had, but never give up lads and keep up the good fight where one day you too can find a job worth loving. 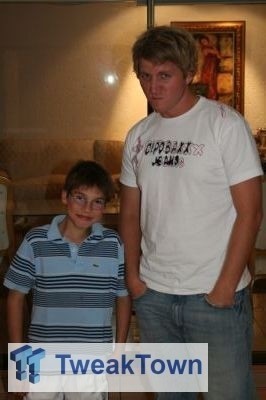 We hope you enjoyed this article - it's a nice change from benchmarking and gives you a more personal look at one of the world's best computer gamers. As you can see, Fatal1ty wants more than to just frag - the guy seems to have a big heart. All the best for future gaming events from the staff at TweakTown.