Wolfenstein: Youngblood launched in July 2019 during the most tumultuous time of my life, so I simply didn't have the time to run benchmarks over it and test out my suite of graphics cards. Well, the time has come where I finally do -- but before I have that article out I thought I'd explore the new DLSS and ray tracing update to the game for NVIDIA GeForce graphics card owners.

As you can see from NVIDIA's video above, the DLSS upgrades are a gorgeous addition to the game -- it's just a pity that Wolfenstein: Youngblood isn't that great of a game on its own. This isn't a review on the game itself so that argument to the side, I'm here to talk about the graphics and the new addition of Deep Learning Super Sampling (DLSS) and real-time ray tracing (for shadows). Both of these upgrades are very welcomed, as they're a free upgrade for anyone that owns the game.

Wolfenstein: Youngblood is based on the id Tech 6 engine from id Software, and is powered by the Vulkan API. It has some great-looking graphics and was one of the first non-DirectX games to pack in NVIDIA's RTX real-time ray tracing technology. A recent update arrived enabling DLSS and RTX features in the game, something I thought deserves a deep dive benchmark.

For the purposes of this benchmark with Wolfenstein: Youngblood, I cranked up virtually all settings and only disabled anti-aliasing and motion blur. I've also disabled vertical sync, too. In my follow-up article, I'll adjust these settings to enable DLSS and ray tracing -- but all tests including the ones in this article are with the 'Mein leben!' preset which is above Uber (there's Low, Medium, High, Ultra, Uber, and Mein leben! for reference).

This is probably the most impressive addition to Wolfenstein: Youngblood, and is absolutely awesome in the game. It's probably the very best implementation of DLSS thus far, and something worthy of its own article -- hence, this benchmarking article that will give you a better look at the performance of our graphics cards.

The above embedded video by Digital Foundry deep dives into the ray tracing / VRS / DLSS technologies in Wolfenstein: Youngblood, where you can get a step-by-side and side-by-side change between the NVIDIA technologies being enabled and disabled. It's a great video.

You will get additional performance enabling DLSS, something that is just freaking awesome -- free performance is always the best. DLSS continues to improve thanks to the power of AI, as DLSS is constantly learning and improving -- something very visible here in Wolfenstein: Youngblood.

Not only is there additional performance up for grabs with DLSS enabled, but the visuals improve, too.

The ray tracing side of things sees RT-based reflections, and while it's a small touch, it's an important one. Some of the reflections like on metal railing and poles with light reflected off them add to the immersion of the world in Wolfenstein: Youngblood in a really, really big way. 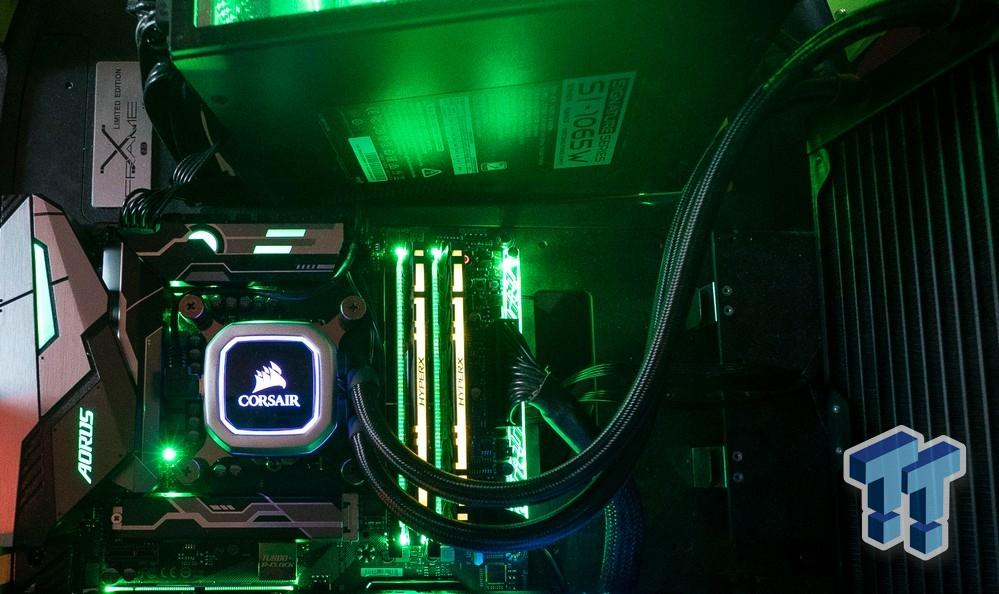 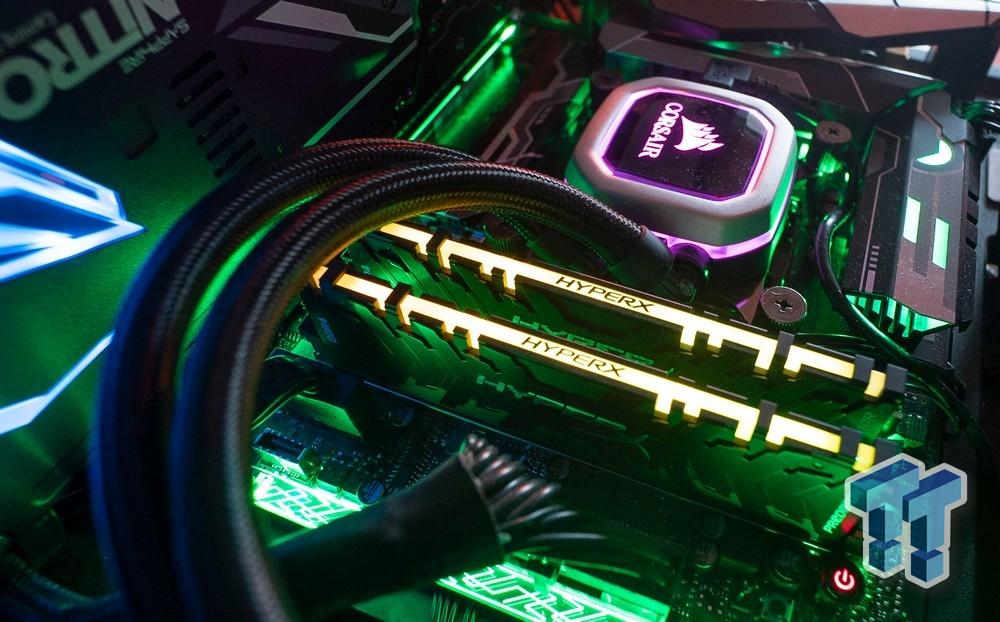 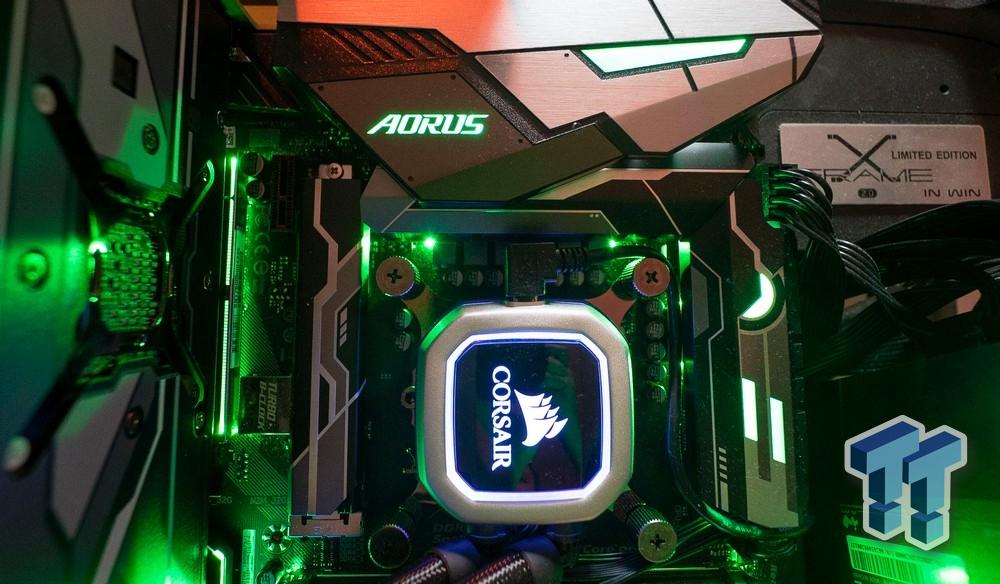 Balanced: Things aren't much different with DLSS set to Balanced, with the TITAN RTX still managing 150FPS average and the GeForce RTX 2080 Ti with 147FPS average. There's another exact 20FPS drop for the RTX 2080 SUPER down to 127FPS average, while the RTX 2060 drops to just 28FPS and the RTX 2060 SUPER with 100FPS.

Quality: We have around 10FPS average shaved off the numbers with DLSS set to Quality, with the TITAN RTX still managing 140FPS average while the GeForce RTX 2080 Ti is once again 3FPS below it with 137FPS average, and the RTX 2080 SUPER this time just over 20FPS (22FPS to be exact) behind with 115FPS average. The RTX 2060 manages just 26FPS here, while the RTX 2060 SUPER pushes 88FPS thanks to its 8GB framebuffer.

Performance: 4K is where the real fun begins with RT and DLSS technologies turned on, where the TITAN RTX manages to nearly offer 4K 120FPS gaming with Wolfenstein: Youngblood but falls just short wiht 112FPS average. The GeForce RTX 2080 Ti isn't too far behind here with 107FPS average, while the RTX 2080 SUPER has 88FPS average.

NVIDIA's lower-end GeForce RTX 2060 couldn't even run the 4K tests as it was bursting at the seams with its 6GB of VRAM, but the RTX 2060 SUPER managed to run with its 8GB of framebuffer offering 66FPS average -- not too damn bad at all considering its the slowest 'RTX SUPER' graphics card.

How is the state of DLSS (Deep Learning Super Sampling) in 2020 with the newly-updated Wolfenstein: Youngblood? Great. You will need, at a minimum, a GeForce RTX 2060 SUPER because it has 8GB of framebuffer -- something that's required to drive DLSS and its higher performance, especially at higher resolutions. 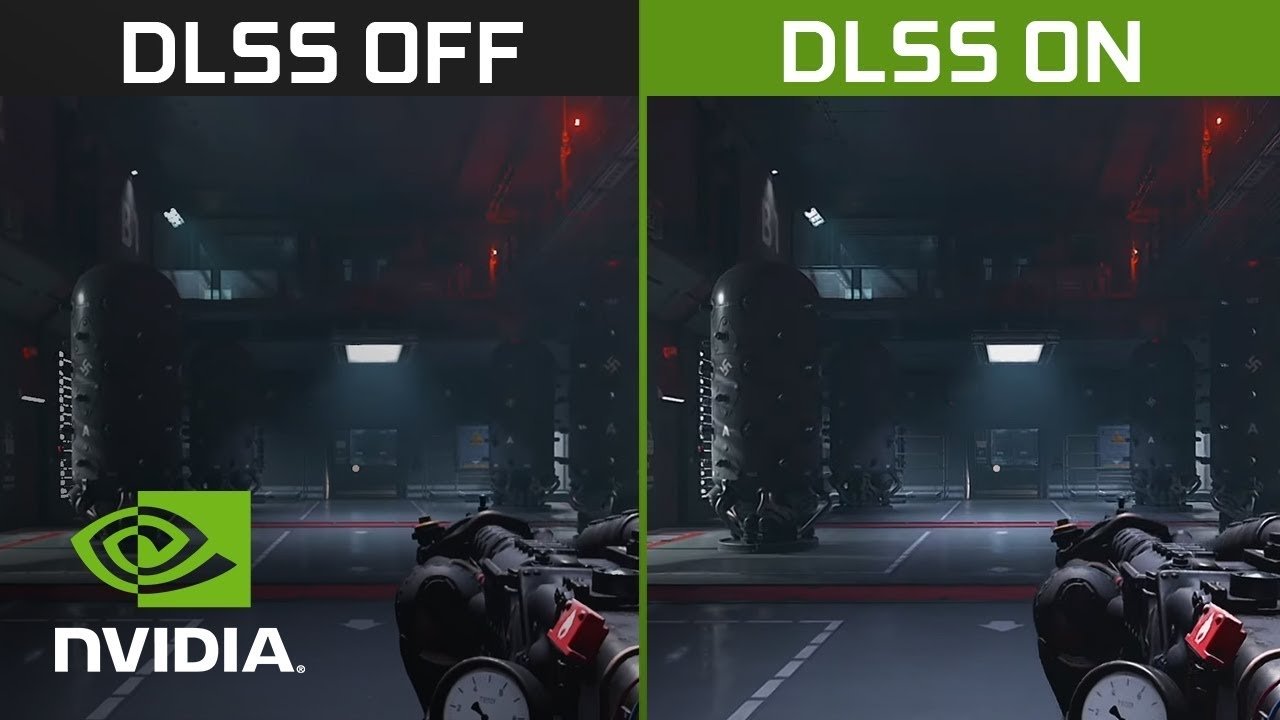 Wolfenstein: Youngblood can be run at 1080p with both RT and DLSS enabled, and DLSS set to Quality for the best-looking experience at 1080p on just a GeForce RTX 2060 SUPER at 125FPS average. You don't even need a flagship GeForce RTX 2080 Ti to enjoy 1080p 120FPS which is pretty damn good, but if you do have the RTX 2080 Ti you will enjoy a blistering 177FPS average.

Cranking everything up to 4K leaves no prisoners, where even the $2499 graphics card in the TITAN RTX can't breach 100FPS with DLSS set to Quality, hitting 'just' 87FPS average. The flagship GeForce RTX 2080 Ti manages 84FPS average, while the slowest RTX SUPER card in the GeForce RTX 2060 SUPER scrapes by with 50FPS average. 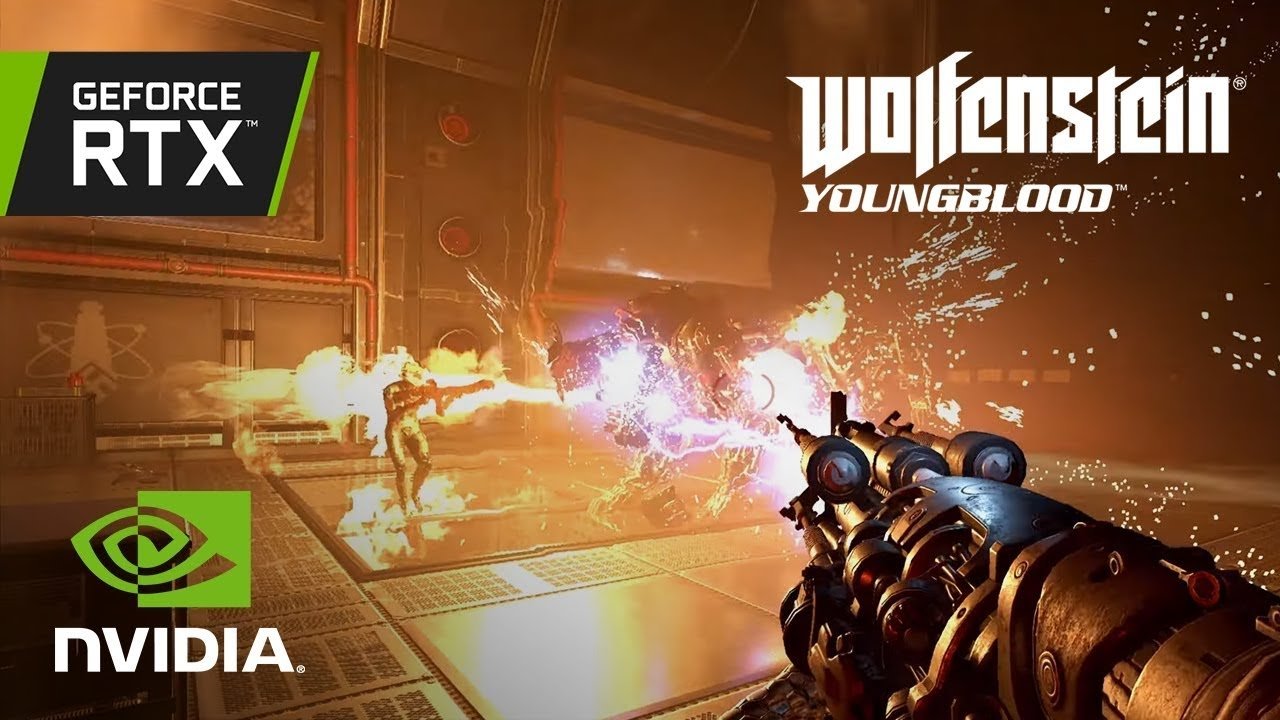 DLSS does some magical things at lower resolutions, providing stellar performance on cards that aren't the flagship GeForce RTX 2080 Ti -- all while looking great with RT technologies turned on, too. Hell, you can use a GeForce RTX 2070 SUPER for 4K with RT + DLSS (and at Quality) and hit 60FPS.

Wolfenstein: Youngblood looks great with the bells and whistles enabled, showcasing the id Tech 6 engine in all its glory. It makes me look forward to see what the team at id Software can pull off with id Tech 7 powering DOOM Eternal right around the corner, which will be getting some post-release RTX goodness.

For now, the state of DLSS is great in Wolfenstein: Youngblood and in a few days I'll follow-up with the non-RTX/DLSS benchmark article covering the game with Radeon graphics cards, too.