What Is Intel Optane Memory? Intel calls their 3D XPoint technology "Optane." Optane consists of 3D XPoint memory, Intel memory and storage controllers, Intel interconnect IP, and Intel software. 3D XPoint memory is a joint venture between Intel and Micron (IMFT). The actual IP outside of the memory itself is separate proprietary technology. On a cellular level, 3D XPoint is 1000x faster and 1000x more enduring than NAND flash memory. In the real-world, actual performance is limited by bus performance.

"Optane Memory" is what Intel calls their Optane powered caching SSDs. The Optane Memory Module itself is a PCIe Gen3x2 single-sided 2280 SSD. It comes in two capacities, 16GB and 32GB. The 16GB model is set to retail for $44, the 32GB model $77. Optane Memory is designed to operate in conjunction with Intel Z270 motherboards, 7th Gen Intel Core i7 "Kaby Lake" processors and Intel's Rapid Storage Technology. Desktop users rate the top three factors for purchasing as: Pairing Optane Memory with a mechanical HDD gives you the best of both worlds. Extremely high capacity at a low cost per terabyte and unmatched performance. Intelligent System Acceleration: Intel Optane memory is a smart and adaptable system accelerator that adjusts to your computing tasks, making everything you do faster, smoother, easier. Intelligent software automatically learns your computing behaviors to accelerate frequent tasks and customize your computer experience. With the increased speed and responsiveness of Intel Optane memory in a 7th Gen Intel Core-based system, you can power on your computer up to twice as fast and improve overall system performance up to 28% faster with storage performance up to 14x faster. Applications like Microsoft Outlook will launch up to 6x faster, the Chrome browser launches up to 5x faster, games launch up to 18% faster, and levels load up to 58% faster. If you want even better overall system performance, you can pair Optane Memory with a high-capacity SATA SSD and eliminate the SATA interface read bottleneck.

Earlier this month, TweakTown was invited to get some hands-on with Optane Memory at Intel's site in Folsom California, and we can tell you without reservation that Optane Memory is a game changer. As long as what you are doing is accelerated by Optane Memory, it will be much more responsive than anything NAND-flash based SSDs have to offer.

Why is it so responsive?

The main reason Optane Memory is a game changer is its unparalleled low queue depth random read performance. As shown above, almost all read transactions occur at QD1 or QD2. Random read operations will typically be 70% of the overall transactions executed when you use your computer, and as such, it is by far the most important performance metric. Sequential performance matters, but overall it is insignificant compared to low queue random read performance in an OS environment because in an OS environment virtually all data is random. Reliability: Created by Intel, one of the industry's most trusted technology innovators, this new class of non-volatile memory is backed by over 30 years of memory expertise and global leadership in technology innovation and processor manufacturing.

The Intel Optane Memory module will be available for pre-order today, and available through component retailers on April 24th. Get in on the revolution and get you some Optane goodness! 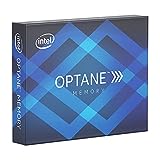