The Blu-ray Schedule Heats Up

A few moons ago, I wrote an article entitled "Where have all the Blu-rays gone? - But why the future is still bright!". Essentially, the gist of the article was that even though at the time there was a distinct lack of new release Blu-ray titles, and the highlight of the upcoming release schedule was "Alvin and the Chipmunks", it gave promise that the future was full of hope - bright, starry eyed hope.

I am sorry to say that at the time I couldn't exactly say why or how I knew this, nor could I be specific about many of the highly desired titles. You see, I've been writing for many years now, and have acquired many contacts from all facets of the DVD industry, from production to manufacturers, product reps and marketing. From time to time they chime in with bits and pieces of information which create a general 'off the record' picture of the industry. Whilst I would love to share the news, and revel in the popularity of making TweakTown hitting Google news for a few days, I doubt many of my contacts would ever speak to me again, so I hope you understand.

However, the great news is that as I write this, many of the bits and pieces that I was sworn to secrecy, are slowly being announced and coming into the public domain. Let's take a look at some of the bigger Blu-ray releases that have just been announced, and what they mean for the format.

First up is The Godfather Trilogy. Motion pictures don't get much bigger than these. Classics in the truest sense of the word, the original Godfather, 36 years on, consistently makes number one on 'best movies of all time' lists. Whilst the condition of the masters have been in terrible shape for years (indeed, the DVD release from 2001 was quite mediocre), all films have received frame by frame re-masters headed by industry stalwart Richard Harris. But that's not all; all of the original DVD extras will be ported over, in addition to many new features (produced in high definition), and audio soundtracks re-mastered in Dolby TrueHD 5.1 (but including the original Dolby mono soundtracks for posterity).

I can't stress enough that the existence of this classic series on Blu-ray reveals the confidence that the studios have in Blu-ray technology, especially important this early in the formats life. 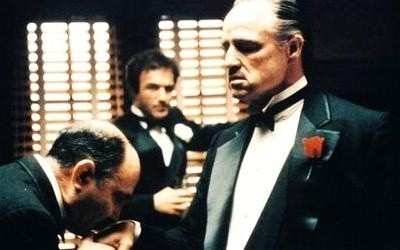 The Godfather: The Coppola Restoration is released in Australia on October 30th from Paramount Home Entertainment.

Tim Burton's The Nightmare Before Christmas, celebrates its 15th Anniversary with a Blu-ray release this August (October in Australia). The film has become a massive sleeper, and has a huge, bordering on gothic, cult audience. And although the characters may be made out of clay, they have more heart than most live action films. The elements were re-mastered a few years ago, and the high definition broadcast master looks to be in fantastic shape when it was broadcast a few months ago. Disney has remixed the film in 7.1 and the Blu-ray will feature lossless Dolby TrueHD sound. For a film heavily reliant on the madcap music score by Danny Elfman, this should make fans of the film weep with joy. Again, the Blu-ray will feature the excellent DVD extras, including a few new additions, as well as an introduction to the film by Tim Burton. 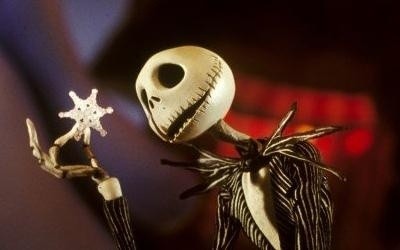 The Nightmare Before Christmas is released in Australia on October 22nd from Disney Home Entertainment.

The Blu-ray Schedule Heats Up - Cont.

The Blu-ray Schedule Heats Up - Continued

Another cult followed movie, Oliver Stones brilliant classic 'JFK' also releases on Blu-ray in time for the U.S. election, but with a currently undefined date. 17 years on, the film remains hugely controversial, but most film critics agree that Oliver Stones range of filmic techniques, along with the amazing performances by all involved have well and truly solidified the films place in motion picture history.

While Warner Bros have remain tight lipped thus far about the Blu-ray release, the very fact the film is coming (hopefully with re-mastered video) will be an event to look forward to. 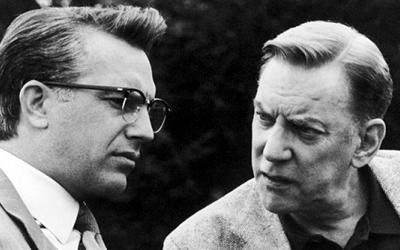 JFK has yet to be officially announced for Australia by Warner Bros. Home Entertainment.

The release of Indiana Jones and the Kingdom of the Crystal Skull is important for a variety of reasons. It's the first George Lucas produced film to be released on Blu-ray. It's only the second film from Steven Spielberg to be released. Whilst the first three probably won't be released this year, it certainly bodes well for them.

Whilst the film itself has polarized opinions, it certainly made a lot of money. And it's gonna sell, if only fans can complete their collections. Whilst it is yet to be officially announced and we aren't sure of what features it will include, Paramount have confirmed the release with us. 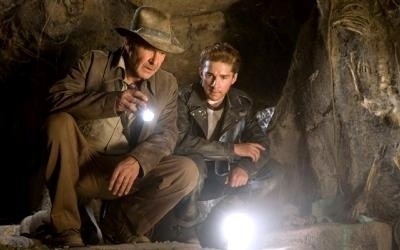 Indiana Jones and the Kingdom of the Crystal Skull is released on October 30th from Paramount Home Entertainment.

So that's four exciting, high profile titles that were not really expected to arrive this year. The best news is that this is only the tip of the iceberg. I can assure you that there is a huge amount of quality catalogue titles that are yet to be officially announced, as well as the majority of this years blockbusters, including Speed Racer, The Dark Knight, The Incredible Hulk, Get Smart, Hellboy II, Hancock, Kung Fu Panda, The Mummy: Tomb of the Dragon Emperor, Iron Man and Wall E. Phew. Hope you guys are saving up!