What started out as Steven Spielberg's desire to helm an entry in the James Bond series turned into something more, much more, updating the pulp action serials of the 1930s for contemporary times and kickstarting a lucrative new franchise. Audiences quickly embraced the first entry, Raiders of the Lost, welcoming its sense of high adventure and popcorn entertainment, not to mention the sex appeal of star Harrison Ford, which in turn solidified him as one of the biggest stars of his generation.

Believing that its power will turn the tide of the Great War, the Nazis are attempting to excavate the previously lost city of Tanis in search of the mystical Ark of the Covenant. But when the United States government taps Indiana Jones (Harrison Ford), a part-time teacher and archeologist, to locate and retrieve the Ark before the Nazis, he'll need help along the way. With his trusted friend Sallah (John Rhys Davies) and old flame Marion Ravenwood (Karen Allen), a race against time in Egypt begins. While the Nazis will stop at nothing to retrieve the Ark, they may be unprepared for the power it holds.

In celebration of the 40th anniversary of Raiders of the Lost Ark, Paramount Pictures and Lucasfilm have produced a stunning 4K Blu-ray set, including all four films and a Blu-ray disc of bonus features. Let's jump in. 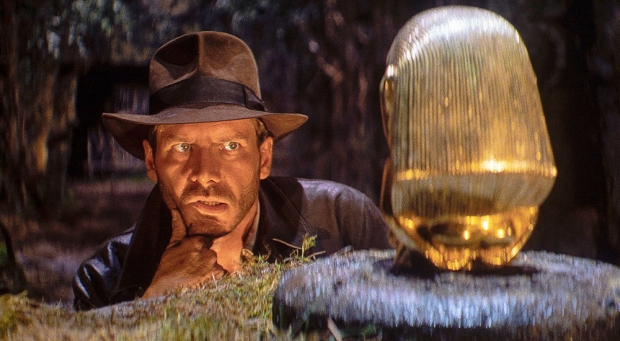 Raiders of the Lost Ark is presented in its original aspect ratio of 2.39:1, encoded with H.265 compression, and finished with a Dolby Vision and HDR-10+ HDR pass, which also features a base HDR-10 layer.

Rather than return to the 4K scan previously completed by Pacific Title in 2012 and which was released on the last Blu-ray, Paramount Pictures have overhauled the original camera negative yet again for a brand new director-approved 4K transfer, which provides stunning image clarity and the best base for the digital restoration. Fixing errors in contrast and camera stability that have plagued the film from its original production, the new restoration also helps smooth out some of the compositing errors and obvious matte lines around objects and people.

The image is sharp, detailed, and retains all the glorious grain and image detail from the negative. The new color timing helps return the film to its originally intended palette, pulling back from the overly gold hues which afflicted the 2012 Blu-ray and responds subtly but nicely with the HDR grade.

Overall, this a glorious restoration and presentation of this classic film, akin to owning your own 35mm print. It's that good. 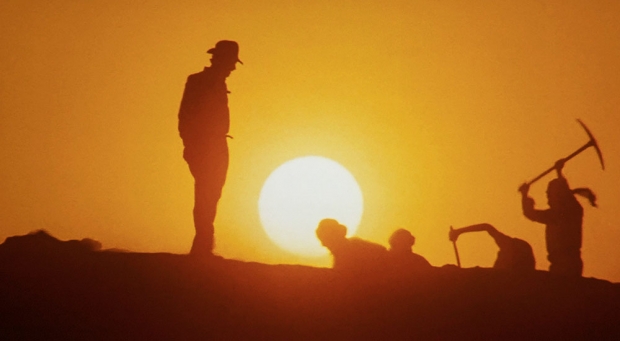 Raiders of the Lost Ark is presented with a newly remixed Dolby Atmos object-based audio track.

Rather than introducing gimmicks like fake echo effects or newly recorded foley sounds as with other recent remixes, the new Dolby Atmos soundtrack has been reworked by original sound designer Ben Burtt to refine and enhance the previous 5.1 mix for additional clarity and introduce some mostly subtle, but occasionally spectacular height surround effects.

From the opening moments, it's clear that the impressive on-screen visuals have been matched by an equally impressive soundtrack, which sounds exactly like the Indiana Jones you always remember - with the hilariously over-the-top sound effects (punches do not sound like that anywhere in the universe) but updated slightly for contemporary sensibilities. John William's classic score has been given particular attention here, sitting high above the mix to underscore the mystery and action alike.

This is Raiders of the Lost Ark as you've never heard it before but authentically updated for modern entertainment systems. 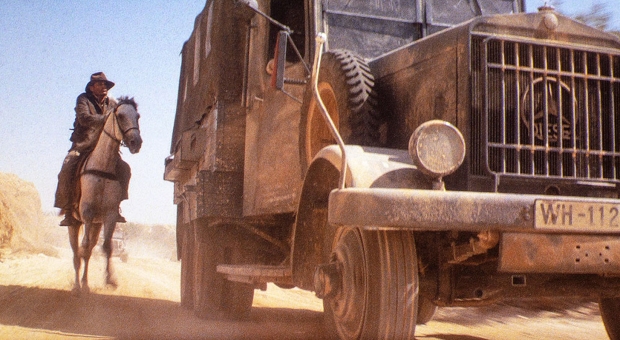 Bar three Theatrical Trailers (all presented in 1080p), all of the bonus material is included on the fifth disc of the collection, which houses bonus features for the other three Indiana Jones films. In this section, I will talk about the bonus features relevant to Raiders of the Lost Ark.

Undoubtedly the highlight of the set is the two-part documentary On Set with Raiders of the Lost Ark which is an interesting, un-commentated, and raw look at the filming of the movie. Edited together chronologically, it's a novel way to finally release around ten minutes of previously unreleased deleted footage (although I would have preferred separate access). At the finale, we even see a brief section of deleted footage from Temple of Doom and The Last Crusade, but it's a tantalizing tease that I would dearly have liked to have seen more of. 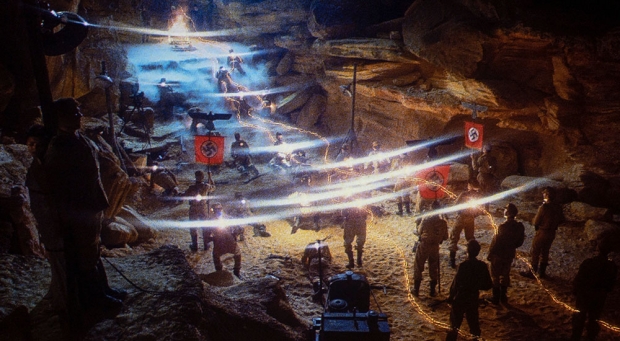 Going back further in time to the 2003 DVD release comes the 50-minute The Making of Raiders of the Lost Ark documentary, which reveals an immense amount of behind-the-scenes footage and talking-head footage with the principals. While it includes a reasonable amount of footage repeated in other features on the disc, it serves as probably the best overall look at the making of the film that we'll ever see.

The original 1981 Making of Raiders of the Lost Ark is a 56-minute made-for-TV feature which, while dated, both in editing style and its reasonably low standard definition technical quality, is still good to have preserved for completeness sake. It's a shame that Lucasfilm didn't go the extra mile to re-scan the original negative for the documentary - a high-definition scan of a 16mm release print is available online if you look well enough.

Finally, the brief Raiders: The Melting Face! featurette takes a look at the creation of the memorable finale and how they were achieved in the pre-digital age.

The first entry in the Indiana Jones saga returns with a stunning 4K remaster that deserves to be in every true cinephile's collection.