QNAP entered the wireless router market back in November when it released the router we have in house today, the QHora-301W. That said, this solution seems to live outside the consumer market, with high-end features like 10Gbe and Software-Defined WAN as major selling features. With these features alone, the QHora is up against Mikrotik, Cisco, and Linksys Business platforms.

If we take a glance at the hardware, the QHora is stacked with a Qualcomm-designed platform that features the IPQ8072A at its core, operating at 2.2GHz across all four cores. QNAP pairs this with 1GB of memory and 4GB of eMMC flash for the OS. 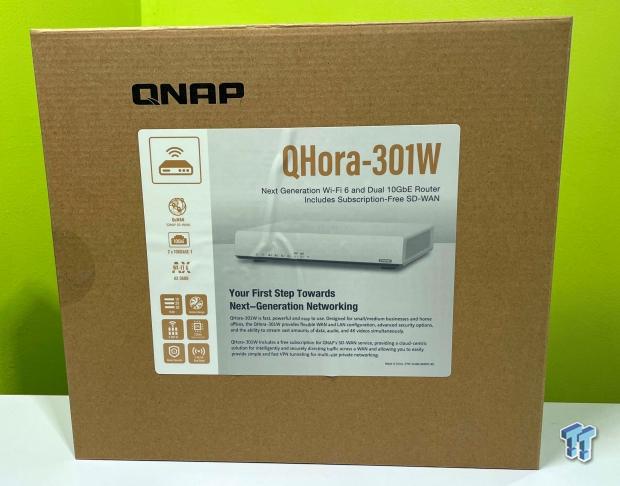 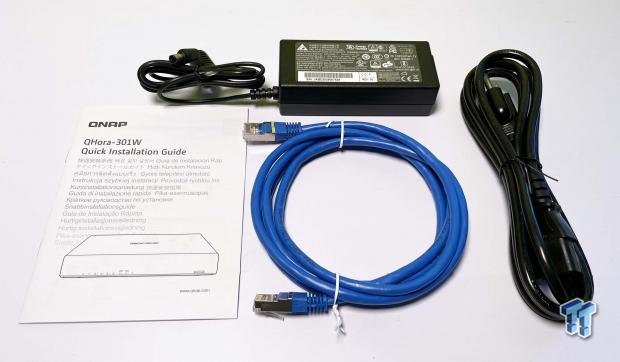 Unboxing, we have the power adapter and ethernet cable included alongside a user manual.

The router itself is a sleek white box no bigger than an eight-port switch, the front offering a brushed appearance with LEDs for each RJ45 port, power, and wireless.

The side offers ventilation for the router as this is a fanless design.

The back offers two multi-gig ports centered, to the right another four 1Gbe ports and the left USB 3.2 and power input. 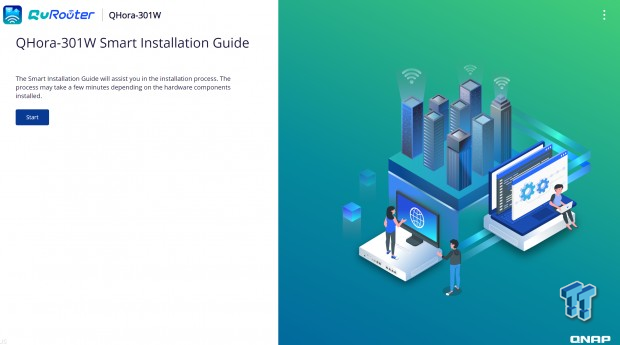 QHora-301W runs on the QuRouter platform from QNAP; you will find this deployed on the QMira Mesh platform as well. 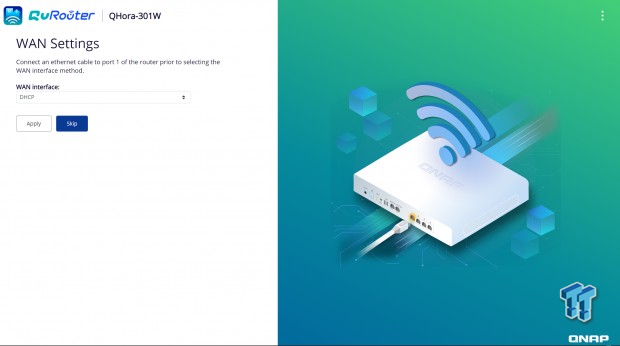 Setup takes you through several menus to configure your WAN connection and the router WebGUI admin account. 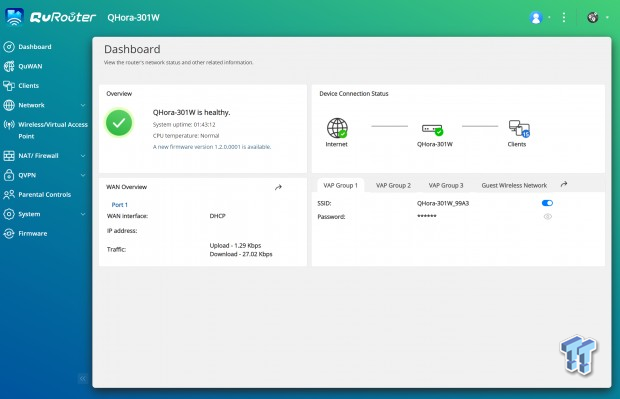 Once complete, we land inside the QuRouter menu system with a fantastic dashboard taking up much of the real estate. Within, you will find an overview that shows system uptime and the platform's health status, while down below, we have the WAN overview that offers a look at your external IP and current traffic. To the right, we have device connection and client count, while down below, we have all three VAP groups and the guest network available. 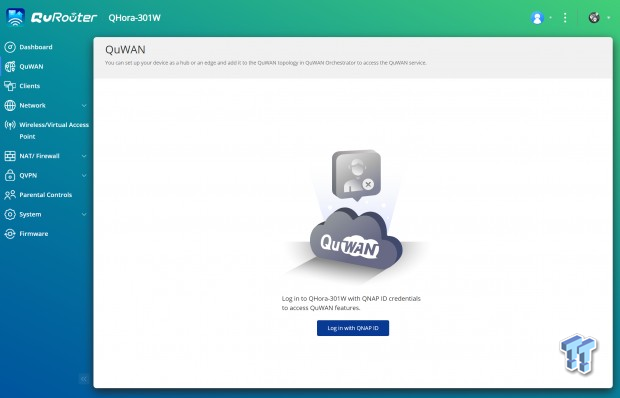 Running down the menu system, QuWAN allows you to set up this router as a hub to another network. 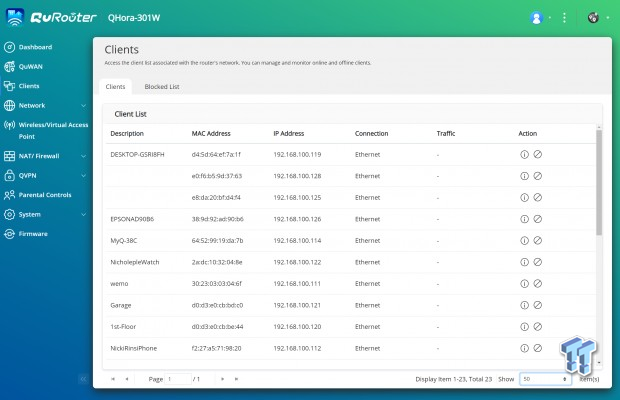 The client menu offers a simple yet effective layout for managing connected devices with a simple action menu to the right. 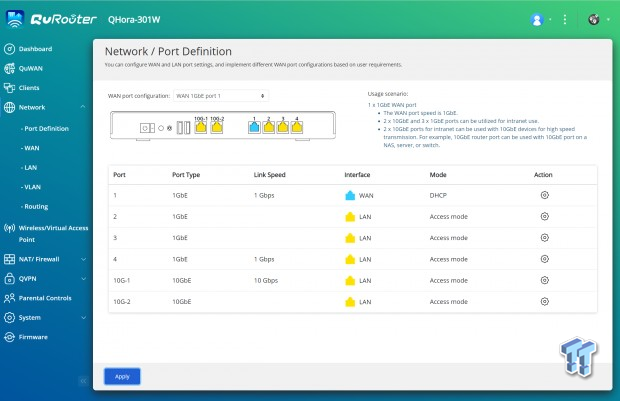 Further down the menu, we have network which offers a layout of port assignments and connection rates below. 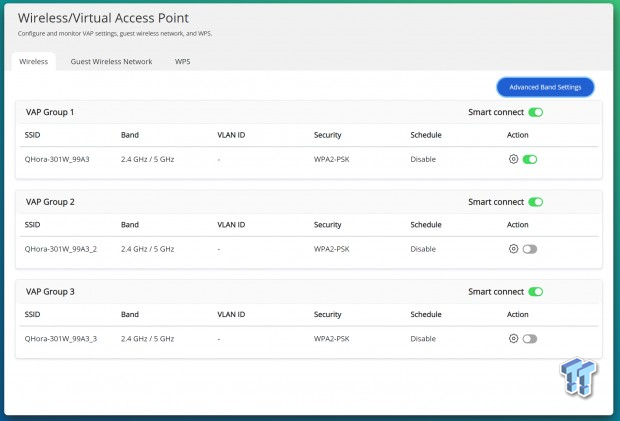 Moving on to WVAP settings, the QHora allows for three different access points that can have completely different locations based on your needs. 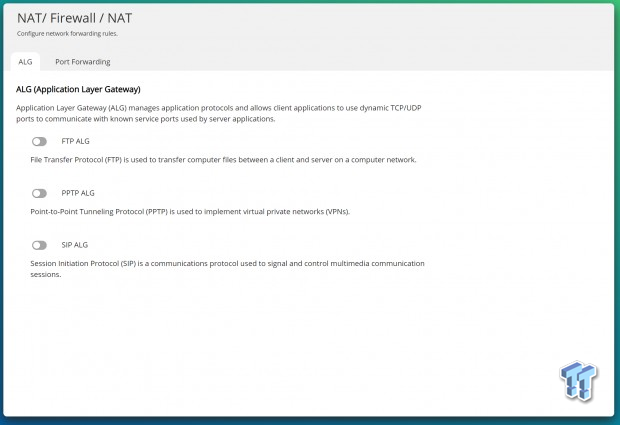 Additional features for the QHora include a host of ALG options seen below. 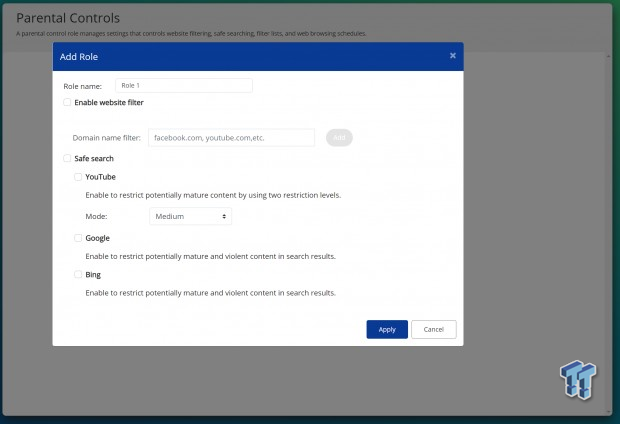 Parental controls allow for direct filtering of traffic based on device IP. 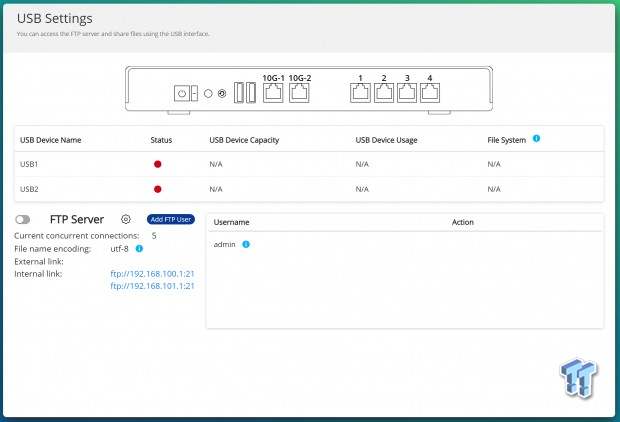 USB settings allow for storage access, including by FTP. 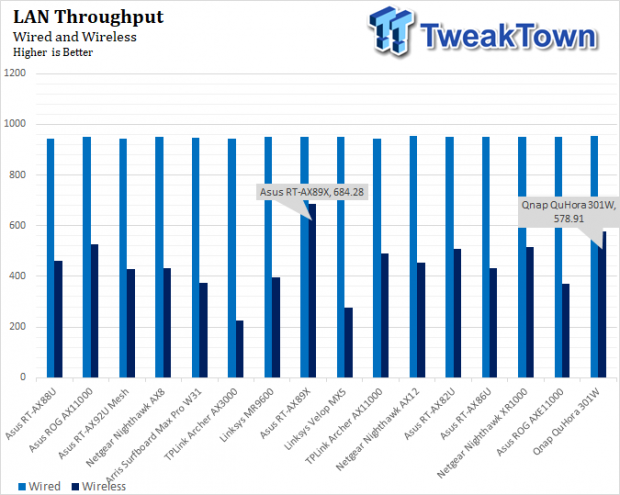 I was able to run the QHora through our consumer network testing, gathering 951Mbps on the 4x Gigabit Ethernet ports and 578Mbps Wi-Fi to Wi-Fi device. 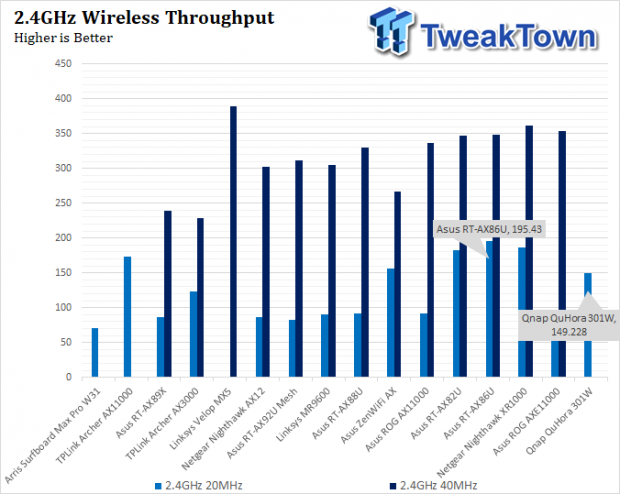 2.4GHz performance shows just 20MHz band numbers as this router doesn't have the option to force 40MHz. That said, taking this into account, we have above-average performance on 2.4GHz 20MHz at 149Mbps. 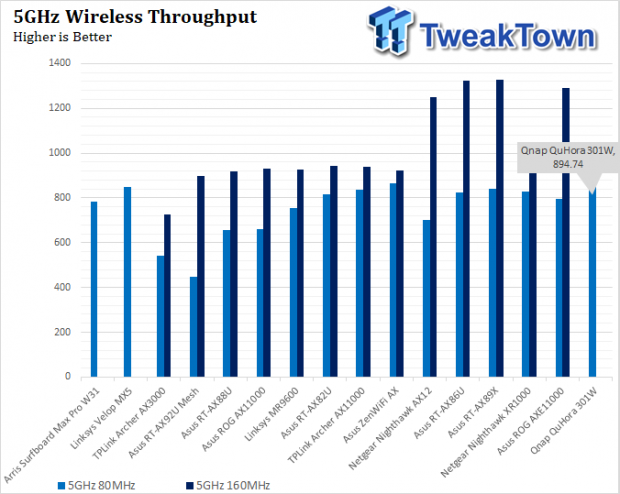 QHora is slated to support 160MHz channels in specifications, but my testing showed no option in the menu system to allow it, and we didn't see it auto switch to this mode when testing with our 2x2 AX200 Intel adapter. That said, in 80MHz mode, I did gather 894Mbps from the QNAP. 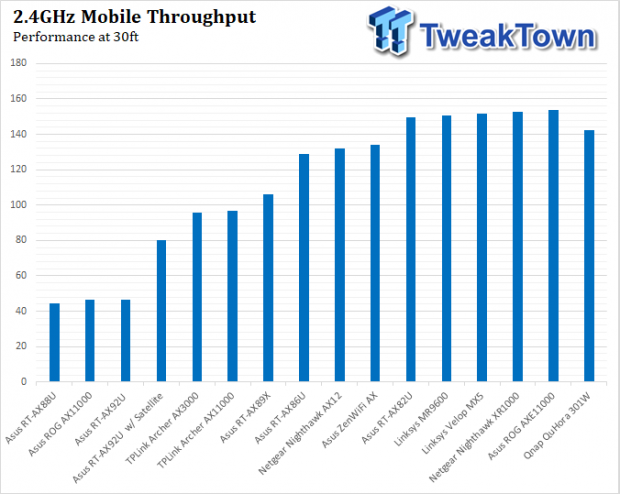 Mobile throughput with our iPhone 12 Pro lands just above 140Mbps for the QHora in 2.4GHz testing. 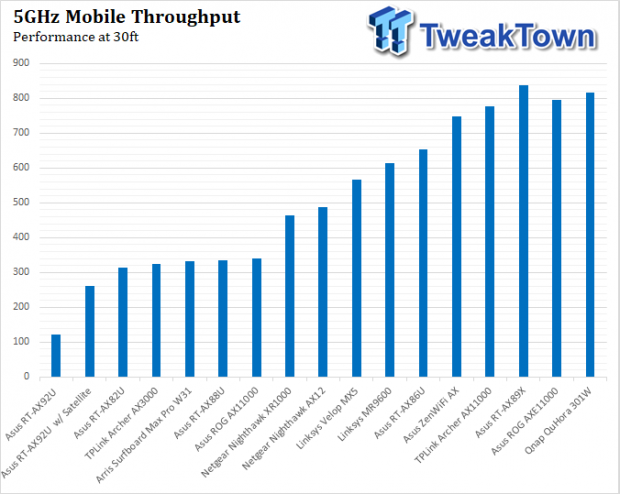 5GHz numbers with our iPhone 12 Pro hit north of 800Mbps, near the top in our charts on mobile.

QHora has been the backbone of my network for going on two months, residing as the router for the Aruba InstantOn platform we deployed around the same time. That said, this solution has been nothing but stable in operation and with its 10Gbe ports perfect for running drops to multiple switches within my network.

The performance of this router was quite good and ran just above average in our charts. 150Mbps on 2.4GHz and a touch over 850Mbps on 5GHz is what should be expected with the radios configured for 20MHz and 80MHz, respectively. This being said, I'm still trying to work out the mystery 160MHz band support for the 5GHz band as it would possibly increase our performance in testing.

All that taken into account, QNAP was pretty clear in conversation that the QHora platform will be taking continual updates as they test and release new features as QuRouter is a living platform. This is quite exciting for potential consumers as this platform has great potential to be one of the best routers available.

QHora is one of only two current Wi-Fi 6 platforms to offer 10GBe connectivity making it a top option for those that are serious about building out their home or business network with the future in mind.