Twenty years ago, the Lord of the Rings book series belonged to only the most hardcore book lovers. Still, a significant gamble for New Line Cinema, with an unparalleled back-to-back production from a virtually untested director, filming for over a year at the bottom of the world became a bona fide box office smash - not to mention infinitely more accessible.

When diminutive Frodo Baggins (Elijah Wood) is tasked by the kindly wizard Gandalf (Ian McKellen) to destroy an unassuming yet mystical gold ring that holds immense power, Frodo and the fellowship assembled to protect him come up against the might of the Dark Lord Sauron who desperately wants the ring to advance his grasp over Middle Earth and will stop at nothing to claim it.

Coming up to its 20th anniversary, Warner Bros and Weta Digital have re-released both the Lord of the Rings and The Hobbit trilogies as two Ultra HD Blu-ray packages that mirror previous DVD and Blu-ray releases in offering both the original theatrical cuts (on one 4K disc), as well as the fan-favorite extended cuts (spread across two 4K discs). So with the passage of time, how does the first film in the saga The Fellowship of the Ring fare? Let's jump in. 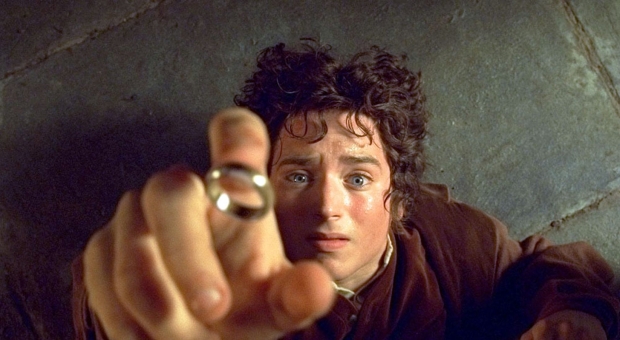 The Lord of the Rings: Fellowship of the Ring is presented in its original aspect ratio of 2.39:1, encoded with H.265 compression, and finished with a Dolby Vision and HDR-10+ HDR pass, which also features a base HDR-10 layer.

In a year that's already seen the much-awaited release of the Star Wars and Back to the Future series on 4K (not to mention the COVID pandemic), the Lord of the Rings saga just managed to scrape into the 2020 release schedule alongside its prequel Hobbit trilogy, and it's fair to say that expectations are reasonably high for such a crown jewel. Unfortunately, while there are many things to appreciate in this 4K release, it appears an opportunity has been missed to finally produce the home video release to rule them all.

At a surface level, The Fellowship of the Ring is undeniably superior to the nearly decade-old Blu-ray release in several key ways; most notably the color timing, which takes full advantage of digital tools that didn't exist or weren't mature enough when the film was first transferred to a full digital intermediate sometime in 2011. It makes for a much more pleasing image, which provides the series a much more consistent visual palette, which Director Peter Jackson is on the record as being heavily involved with.

Regrettably (and presumably to jell better with the slickness of the digitally-shot Hobbit trilogy), digital noise reduction has been employed to smooth out the image, which results in some egregious waxiness, as well as the occasional artifacting from the process. It also appears that the original camera negative hasn't been re-scanned for this release, which means that the new digital wizardry has been simply bolted onto the decade-old digital intermediate, rather than stripping it all back and starting from the best possible sources.

It's a good but not great effort that provides just enough of an upgrade for fans and aficionados, but a film series of such stature deserves more than what's been offered. Sadly, this was probably the last viable opportunity for this to occur - at least, for a physical disc format. And that's a real shame. 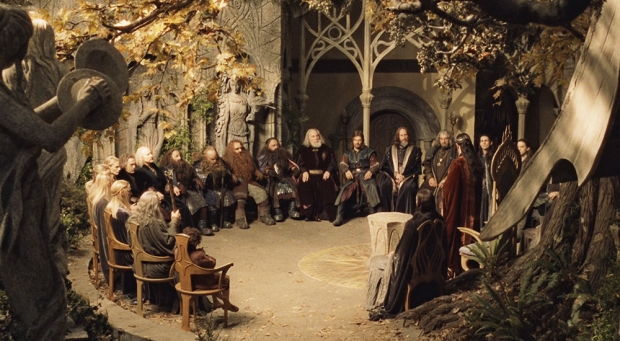 The Lord of the Rings: Fellowship of the Ring is presented with a newly remixed Dolby Atmos object-based audio track.

Faring much better than the video, the new Atmos track bests the still-impressive 6.1 mix from the previous Blu-ray in many very material ways, most notably in the addition of height surround channels that offer additional immersion and enhanced channel separation. While it can't quite compete against the most aggressive modern mixes, particularly infrequent low usage, which isn't quite as detailed (although there are some very impressive sequences), overall, this is an excellent experience with few negatives to speak of. 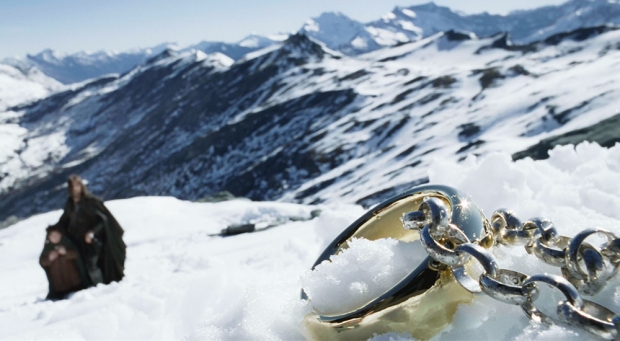 While the previous DVD and Blu-ray releases of the Fellowship of the Ring included hours and hours of bonus features such as documentaries, four audio commentaries, and marketing material archives, this 4K release has zero bonus features. Even the excellent commentaries haven't been ported over. So diehard fans are going to want to hang onto those previous editions as well.

The 4K debut of the first entry in the Lord of the Rings saga isn't quite the home run that fans want, but it does best prior releases on balance.

Lord of the Rings, The: Motion Picture Trilogy (Extended & Theatrical)