The Turtle Beach Stealth 600 has many design flaws that make me want to avoid the headset entirely. But if you can get past the design flaws, you will have a headset that is decent when it comes to audio quality.
Buy at Amazon

Turtle Beach has long been a prominent brand in the gaming headset market, and to continue its legacy as one of the leading gaming headset brands it has released the Stealth 600.

In the past, Turtle Beach has blown away its competitors when it comes to price, comfort, design, and audio performance. In this review of the Stealth 600, we will see if this edition to the Turtle Beach line up of headsets stands true to what we already know and love about the formidable brand. So what is the Stealth 600? 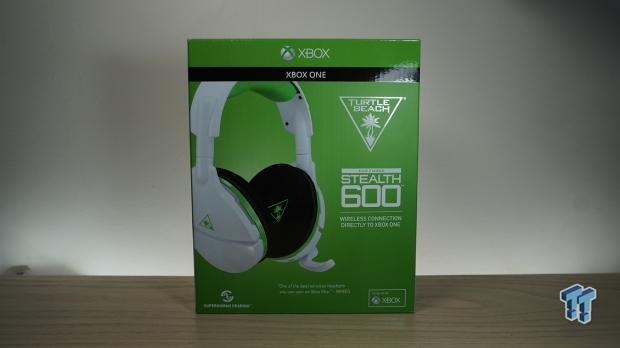 To start things off, we have an image of the front of the box, and from here we can see a nice image of the Stealth 600, as well as that it comes with what is called "Superhuman Hearing". 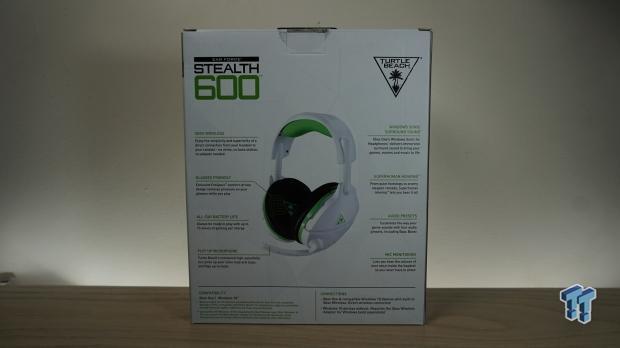 Next, we have an image of the back of the box, which gives buyers a much more in-depth look at all of the features that come with the Stealth 600. 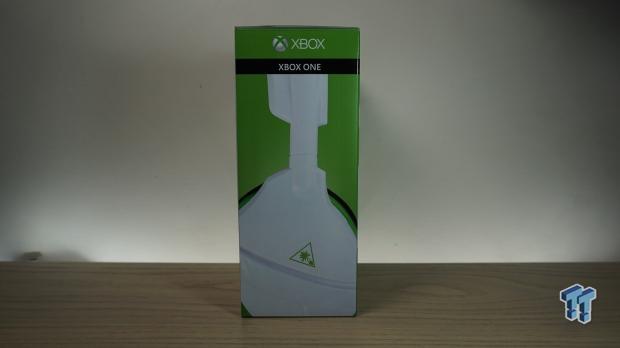 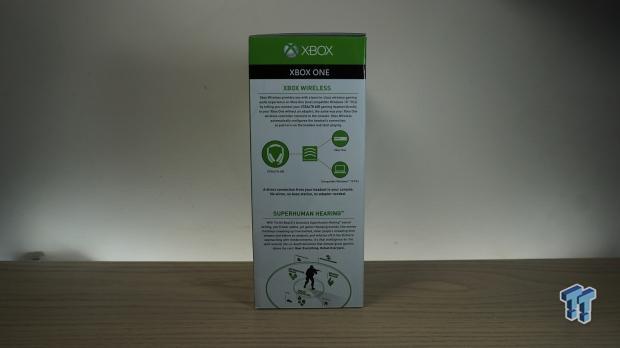 The other side of the box shows off an in-depth explanation of how Xbox Wireless works and what Superhuman Hearing is. 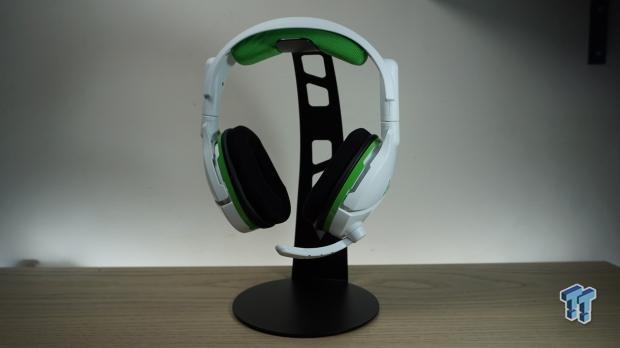 Moving on, we have an image of the Stealth 600 taken out of its box, and as you can see, the aesthetic design of the headset more than decent. This is what you should expect out of Turtle Beach. 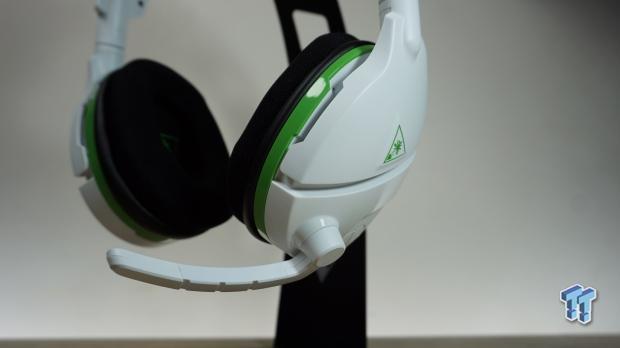 Next, we have an image of the microphone extended outwards, and while you might not be able to tell from the image, I can say that the microphone isn't adjustable as it is constructed out of stiff hard plastic. It's also very small, which is very concerning for microphone pick up. 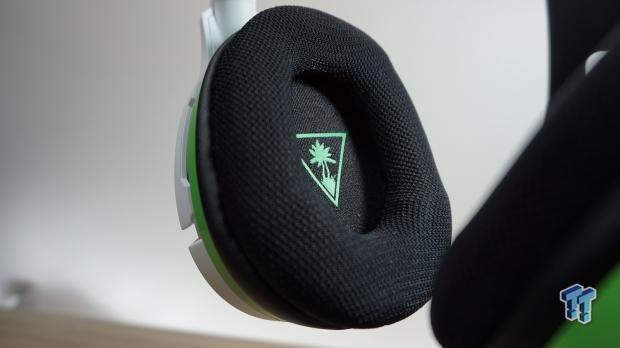 Here we have an image of the inside of the earcup, and as you can see, Turtle Beach has whacked some branding on the driver cover. As for the cushions, they are reasonably comfortable and are breathable. I will get more into the design of the Stealth 600 in the design section of the review. 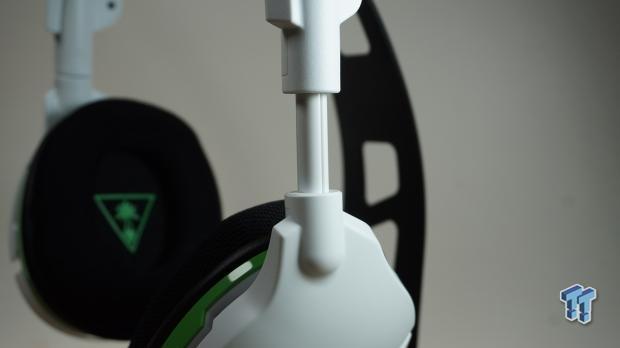 Next is an image of the size adjusting mechanism found on the Stealth 600, and right off the bat, I can say that this is a horrible design choice. Take a guess why now, and find out if you are correct in the review's design section. 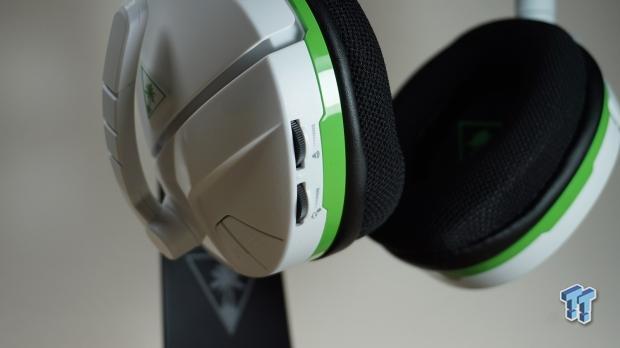 In the above image, we can see two volume dials, the top one is for game volume, and the one below is for chat volume - quite a nice handy touch. 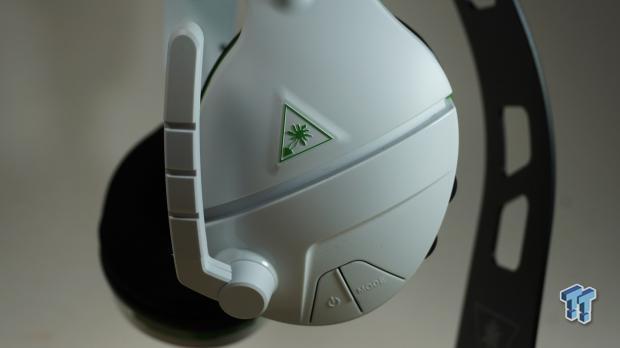 Above is an image of the outside of the left side earcup, and from the image, you can see two buttons located at its base. The button closest to the microphone is the power button for the headset, and the one next to it is to cycle through EQ audio presets. 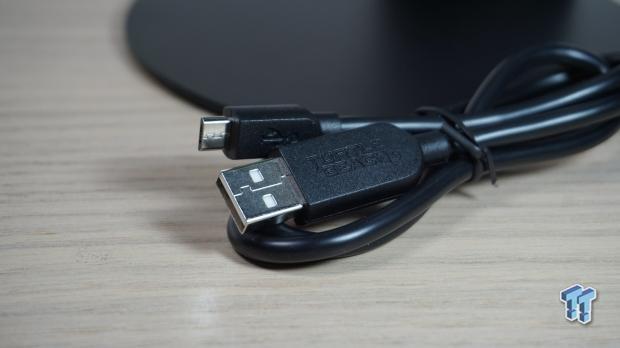 Lastly, we have an image of the micro USB cable provided in the package. This cable is used to charge the headset and apply any necessary firmware updates.

Firstly, you may have already noticed that the Stealth 600 seen in the above images is green and white. This is because this variant of the Stealth 600 is designed for Xbox. If you purchased the PS4 variant, you would have received a black and blue headset. With that out of the way, let's move onto the design of the Stealth 600. 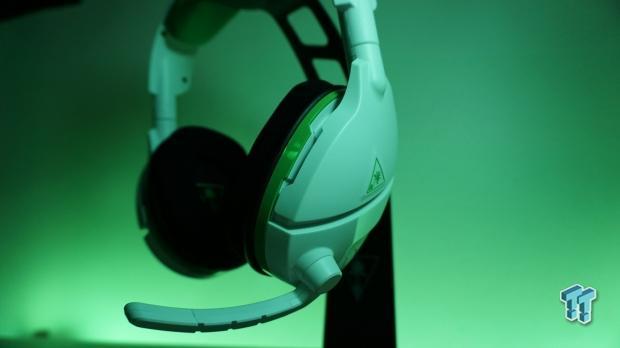 To start things off, we are going to talk about the positioning of the headband. Turtle Beach has decided to position the headband of the Stealth 600 at the forefront of the earcups, meaning that the headset, or at least my experience of with the headset, tilts slightly forward on my head. Due to this tilting, the Stealth 600 can be quite uncomfortable at times, as it doesn't feel like it's sitting comfortably on the top of my head. Luckily, the cushions located on the underside of the headband are relatively soft and giving. Without this headband cushion, I believe the Stealth 600 would be a very uncomfortable headset to wear for longer gaming sessions.

1) Wow. Not impressed in the slightest. Why? For starters, there is no way for users to adjust the microphone. It cannot be extended longer than its 7cm length, it cannot be rotated towards the users' mouth, and lastly, it feels incredibly cheap. Additionally, when you rotate the microphone upwards, there is a really annoying swooshing sound that finishes up with a loud click. I really hope Turtle Beach revises this design choice in future iterations of the Stealth 600.

The left earcup is basically a gamer's nightmare, or at least that is what I experienced while using the Stealth 600. Why is it a nightmare, you ask? Changing the EQ preset mode on the Stealth 600 requires you to push the 'mode' button, and to push this button you need World Breaker Hulk strength. Ok, that's a large over-exaggeration, but I can accurately say that if you decide to push the mode button, then you will need to apply extensive pressure that will result in your ear pressing up against the driver fabric.

Essentially, both the power button and the mode button need to be far easier to press. As for both volume wheels, I really like the tension Turtle Beach has used, as nothing is worse than having a volume wheel that easily moves when accidentally knocked. 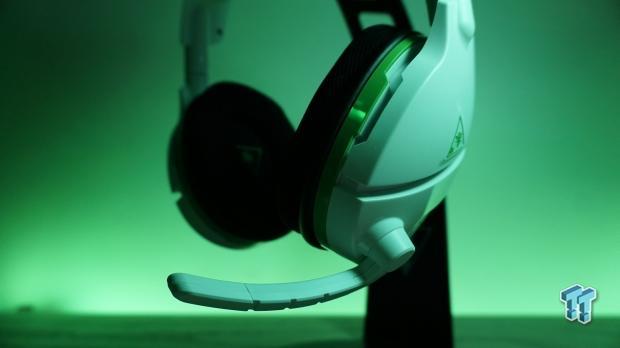 The overall build quality of the Stealth 600 feels very cheap, and I believe this has a lot to do with the build consisting of entirely plastic, as well as that its height adjustment mechanism is both flimsy and hard to use. The height adjustment mechanism feels and sounds like plastic on plastic rubbing against each other, which raises concerns for the longevity of this headset.

By now you are probably wondering if the Stealth 600 has any positives design-wise. While the negatives easily outweigh the positives, there are still some positives that should be mentioned. Due to the cheap plastic feel of the headset, the Stealth 600 is very, very light. Meaning, if you can get past the design flaws, you should be able to wear the Stealth 600 for extended gaming sessions. Another positive is that the cushions on both the earcups and the headband are quite comfortable, which directly compliments the last point I made about extended gaming sessions.

Overall, the Stealth 600 simply drops the ball when it comes to design, as the negatives simply outweigh the positives.

The Stealth 600 sports some very decent 50mm drivers, and for a $100 price tag, the Stealth 600 certainly packs a punch when it comes to gaming audio. As with all of my gaming headset reviews, I test each headset from anywhere between 30-50 hours, as I believe somewhere between that time frame is where I develop a real understanding of the audio quality. 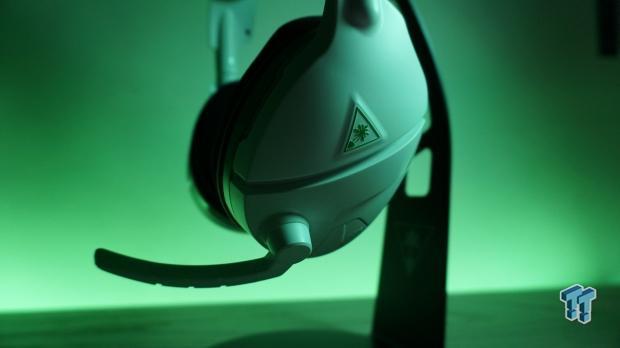 The Stealth 600 has many positives when it comes to gaming audio performance, which is good for the headset as it lost many points in its design. So, how did the Stealth 600 go in Apex Legends? Well, for the most part, I really enjoyed my experience with the audio quality. The guns sounded crisp, directional audio was impressive, ambient sounds and vocals clear, and mids weren't muddled.

Bass was a little lackluster, but for the headset's price, that's somewhat expected and was simply fixed with a little bit of EQ. Treble was a little bit concerning at the start of testing, but after cycling through a few of the EQ presets and finding one that fits, it removed any issues I noticed. Directional audio was actually quite impressive, as I was able to keep up with enemy footsteps and was able to successfully predict where they were going to be with no issues.

Warzone famously doesn't have the best directional audio, and I feel that isn't always a limitation of the audio device you are experiencing it through, but more so the game itself. As for the in-game sounds, such as killstreaks and guns, they sounded fantastic. Overall, the gaming audio experience with the Stealth 600 is about what I would expect out of a Turtle Beach headset of this price. I believe that any gamer who can get past the design flaws would enjoy what they hear in the Stealth 600 in the majority of games on the market.

Another positive aspect of the Stealth 600 is the music listening quality, which is somewhat of a surprise considering the headset's price. This was a pleasant surprise, and something I really commend Turtle Beach for doing, as I can imagine that many gamers will also be using this headset for music listening purposes.

The Stealth 600 has very rich sound quality in games that doesn't diminish when you decide to throw some music on. The overall sound quality is well worth the $100, and when paired with the 15 hours of battery life, you have a gaming headset that can give you an awesome audio experience for a very long.

Unfortunately, I believe the Stealth 600 comes with several design flaws that really take away from the overall audio experience. I think that the headset's headband position feels counterintuitive. With that combined with the flimsiness and cheap-feeling build quality, the Stealth 600 creates an uncomfortable feeling when worn, making me want to dodge the headset entirely.

All in all, Turtle Beach's Stealth 600 has some pretty large flaws, but the headset's audio performance could maybe even out the playing field for some buyers. 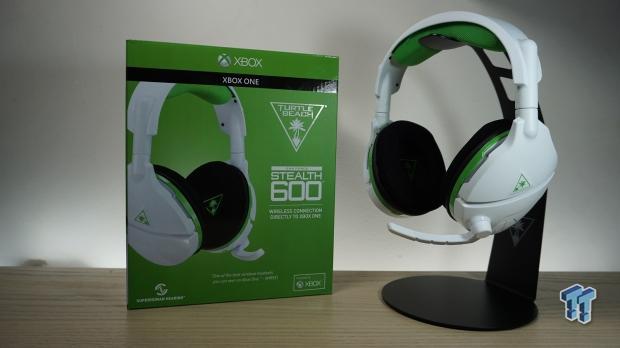 So, do I recommend the Stealth 600? Well, that depends on what you are after when you are looking at buying a new headset. If you are hell-bent on getting a wireless headset for around $100, then there are a few options to consider. There's the Corsair HS70 Pro, which molds to your head much better, and also the HyperX Cloud Stinger Core Wireless, which also has a much better fit.

If you are willing to sacrifice the wireless side of the headset, then there's always the Sennheiser GSP 300. The GSP 300 has fantastic audio quality, as well as an above-average microphone. If none of those options fit your taste, and you really want a Turtle Beach headset and don't really care for the design flaws, then pick up the Stealth 600.

The Turtle Beach Stealth 600 has many design flaws that make me want to avoid the headset entirely. But if you can get past the design flaws, you will have a headset that is decent when it comes to audio quality.