For its 4K debut, The Empire Strikes Back gets coupled with a video transfer that sadly doesn't reach the level of greatness it deserves.
Buy at Amazon

After the smash-hit success of Star Wars (later re-titled A New Hope) newly minted multi-millionaire George Lucas put it all on the line with The Empire Strikes Back, betting against conventional wisdom that a sequel would either be a financial or artistic achievement, but not both.

Unlike the frequent compromises required by its predecessor, Lucas' commitment to self-funding meant he could protect his creative vision, but this freedom didn't absolve all its problems - instead, he encountered all new ones. A notoriously fussy director in Irvin Kershner, a near-death experience for Mark Hamill, Carrie Fisher's descent into cocaine addiction, a screenwriter's death, budget overruns, production delays, an on-set blaze, and unique issues with visual effects and puppets which threatened to derail all his efforts. 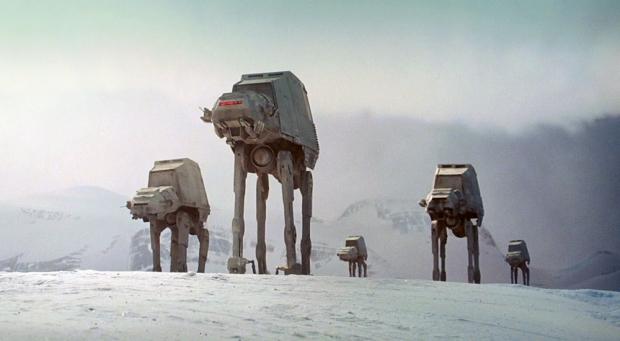 After the destruction of the Death Star, Darth Vader (David Prowse) becomes obsessed with locating the rebel's secret fortress and the plucky rebels Luke Skywalker (Mark Hamill), Princess Leia (Carrie Fisher) and Han Solo (Harrison Ford) who wounded his Empire. Meanwhile, Obi-Wan Kenobi (Alec Guinness) has some special training in store for the force-attuned Skywalker, which will come in handy for his inevitable showdown with Vader.

Critically mauled on its original release, The Empire Strikes Back is now almost unanimously recognized as the strongest entry in the Star Wars saga, with strong, nuanced performances, a mature, darker take on the material and a brave, emotional and shocking cliffhanger that still has the power to enthrall 40 years later. It both stands up as a stand-alone entry and serves as the creative peak of the wider Skywalker Saga. 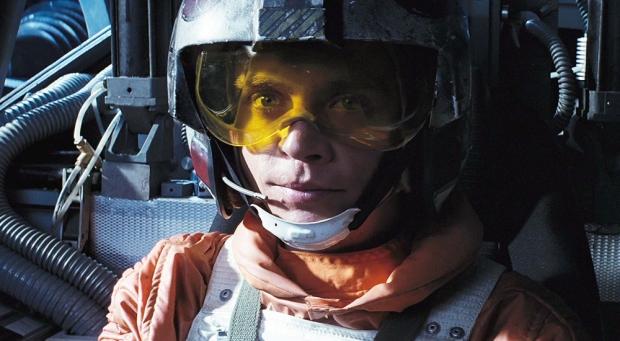 Star Wars Episode V: The Empire Strikes Back is presented in its original aspect ratio of 2.39:1, encoded with H.265 compression and finished with a static HDR-10 pass.

As with A New Hope, the 2K Lowry Digital remasters created in 2004 have been totally junked, with this transfer coming from a newly assembled 4K digital intermediate from Reliance Media (as Lowry Digital is now known), representing a solid upgrade, along with new color timing.

Anecdotally, the film elements for The Empire Strikes Back were kept in much better shape than that which befell A New Hope such that it didn't require as much of an overhaul in time for the 1997 Special Edition version. And with much less digital tinkering required for that re-release, it would seem that a higher proportion of the new digital intermediate heralds from first-generation, or re-composited film elements. All things being equal The Empire Strikes Back should have a superior 4K transfer. Unfortunately, that's not quite what we've got here. But first, the good. 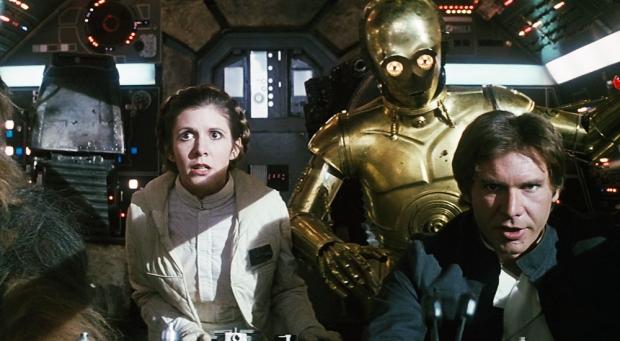 To clear all doubt, this 4K remaster is undoubtedly the best that The Empire Strikes Back has ever looked on home video, demolishing the previous Blu-ray by practically every measure. The image is both clearer and sharper, with significantly improved color balance, more natural saturation, and a complete absence of garish digital video noise. It's particularly great to see the ice of Hoth look white again, and not the revisionist teal hue of the Blu-ray. The HDR grade serves as a subtle, but welcome improvement that doesn't compromise the integrity of the image.

Regrettably, digital noise reduction remains a constant, varying in intensity throughout and does appear much stronger than what afflicted A New Hope, for reasons I don't quite understand. Frozen grain also rears its head on occasion, but even more worryingly, I also noticed a few instances of digital artifacts that might have been introduced in the new digital intermediate or perhaps this specific 4K encode.

Not everyone is watching these projected to 120", but a close inspection will reveal them, an odd lapse in quality control that's confusing and disappointing. Eagle-eyed fans will also notice the image is slightly zoomed in, with the loss of around 4% of the image on all sides. This may have been done to aid image stabilization efforts.

I'm pretty torn on this one. On the one hand, this 4K release is the best official release of the film yet, but it could have been better. 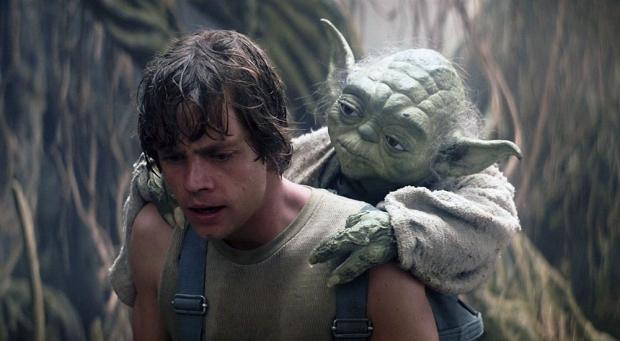 Building on the 6.1 remix prepared for the 2011 Blu-ray by LucasFilm sound mixer Matthew Wood, the new mix is a damn sight better than the video transfer, offering an essentially flawless presentation of the film in every way. This is a great mix that offers wonderful breadth, pivoting from the chaos of the ground battle on Hoth, to the nuanced atmospherics of Dagobah. John Williams' triumphant score, arguably the maestro's finest, is given a wonderful opportunity to shine, and it doesn't disappoint.

This is the Empire Strikes Back the way you've always heard it (well, except for the redubbed Vader line "Alert my Star Destroyer to prepare for my arrival" which kills me), with a level of clarity and bombast that you never have. Top marks all round. 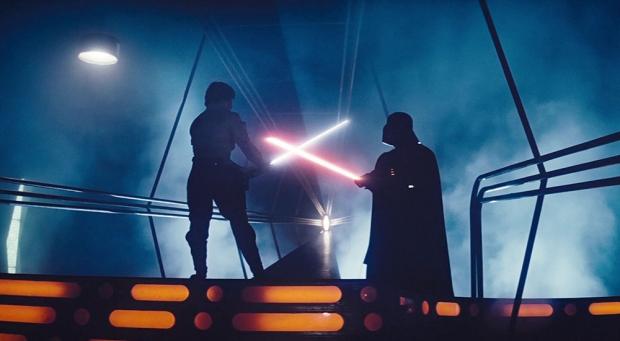 The collection of extra features for Star Wars Episode V: The Empire Strikes Back are dispersed over the two included Blu-ray discs. There are no extras to be found on the 4K disc, which means there is no option to watch the 4K disc whilst listening to the audio commentaries. Such is the prestige of Star Wars that Disney Australia has reversed their standard approach to 4K releases in this country and have bundled each title with not one, but two Blu-ray discs. This is a welcome change, but I suspect one that will be short-lived.

The vast majority of features have been ported over from the previous Blu-ray release, with the exception of two brief featurettes, Conversations: The Lost Interviews and Discoveries from Inside: Matte Paintings Unveiled which amount to around 13 minutes of footage. Produced by documentarian J.W. Rinzler, these pack a lot of information in their short run time, but I wish they could have gone for longer.

Returning are two audio commentaries return, the first featuring George Lucas and many members of the crew, including Sound Editor Ben Burtt and ILM staff including the legendary Dennis Muren, while the second is assembled from interview comments and edited together in a fairly relevant and cohesive manner. The 25 minute long A Conversation with the Masters: The Empire Strikes Back 30 Years Later featurette is the closest we get to a proper 'making of' documentary, which plays as a nice reunion between George Lucas, Lawrence Kasdan, John Williams, and the now-departed Director Irvin Kershner. 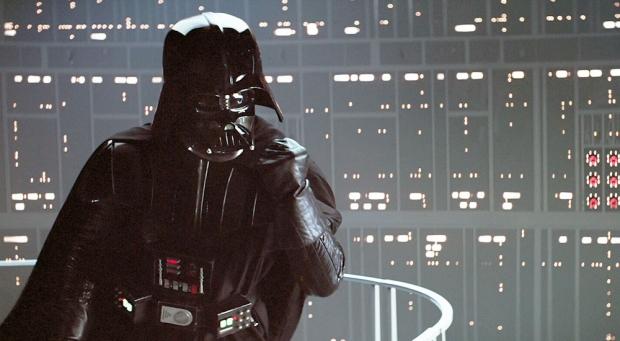 The 10 Deleted Scenes, which premiered to great fanfare on the Blu-ray, have carried over and are still a real joy to see. The total of 13 minutes of footage includes the fabled Wampa sequences, which prove quite comprehensively why they were originally cut. They're all in passable 1080p shape, but the content is an amazing treasure for long-term Star Warsfans.

Next up are a few brief Interviews segments; Hoth Overview, George Lucas on Editing 'The Empire Strikes Back' 1979, Irvin Kershner Interview, Dagobah Overview, Pursued by the Imperial Fleet Overview, George Lucas on the Force, and Cloud City Overview are all interesting but far too brief to be of any real consequence, while The Collection shows a few of the stunning models, costumes and creatures created for the film, including some of the iconic matte paintings.

While this is a pretty good collection of materials, it's a shame that many of the legacy bonus features from the 2004 DVD release have not been included, not to mention the earlier laserdisc extras (although one surprisingly has been included), as well as the vintage 48 minute long The Empire Strikes Back: SPFX 'making of' from the Blu-ray boxset. Worse, the epic two and a half hour Empire of Dreams documentary from the DVD set is also missing from all of these 4K releases, but notably can currently be viewed on the Disney+ streaming service in high definition.

For its 4K debut, The Empire Strikes Back gets coupled with a video transfer that sadly doesn't reach the level of greatness it deserves.