They're now household names and feature an important legacy for the wider Marvel Cinematic Universe, and yet it would be a big mistake to assume that the success of Guardians of the Galaxy was always assured. Rocket Racoon, Groot, and Drax were all largely unknown properties, and with the film unable to rely on cameos from other Marvel characters (they are in deep space, after all), meant that it faced quite an uphill battle for acceptance by casual cinemagoers - but when it hit cinemas in 2014, none of that mattered one iota. Guardians of the Galaxy ultimately grossed a very respectable box office haul approaching $800 million worldwide and gave the studio new-found boldness to explore some of the deeper characters in its huge catalog of properties. 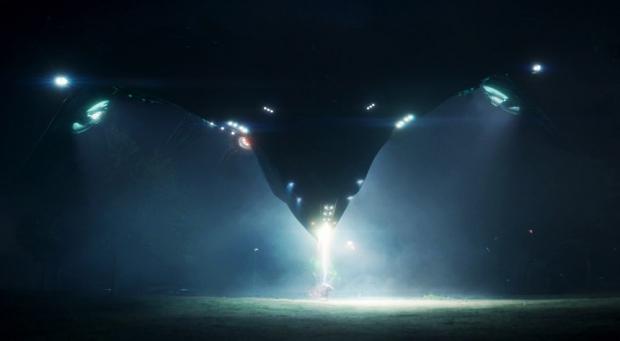 Having stolen a valuable orb of immense power, space mercenary Peter Quill (Chris Pratt) becomes enemy number one in the eyes of the evil Ronan (Lee Pace), who dispatches his henchman Korath (Djimon Hounsou) to retrieve the artifact at all costs. En route, Quill is attacked by Gamora (Zoe Saldana), who also wants the orb, which draws the attention of bounty hunters Rocket Raccoon (voice of Bradley Cooper) and Groot (voice of Vin Diesel). When the entire gang is arrested and incarcerated at an interstellar prison, Rocket, Quill, Groot, Gamora, and a fellow prisoner Drax (Dave Bautista) team up to play their part in the shared goal, even if they are compelled to do so for very different reasons.

Five years on from its release Guardians of the Galaxy still feels pretty fresh, and stands out as a highlight of the Marvel Cinematic Universe with its roller coaster of action, laughs, stunning visual effects and a nostalgic soundtrack gel cohesively in an entirely unexpected, but successful way. Its cast, led by Chris Pratt, Zoe Saldana, Dave Bautista, and the voice talents of Bradley Cooper's really sell the film and help to ground the interplanetary action in a sense of reality. While the trajectory for Director James Gunn's hasn't necessarily been smooth sailing since the film put him on the fast track with a clear execution of his eccentric vision rather perfectly and while he might not have been an obvious choice, Marvel's leap of faith across the board has paid off. 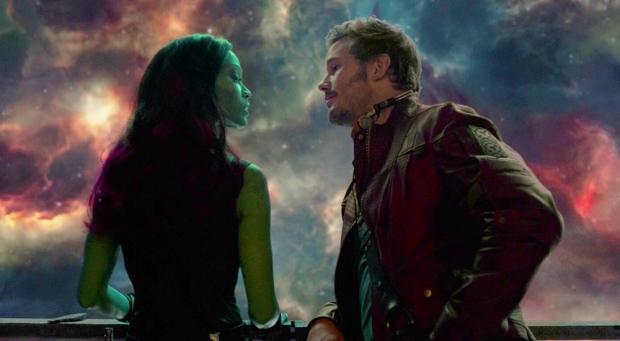 Guardians of the Galaxy is presented in its original aspect ratio of 2.39:1, encoded with H.265 compression, and finished with a static HDR-10 pass.

As with its predecessor and indeed all other entries from Marvel Studios, Guardians of the Galaxy was originally locked to a 2K digital intermediate, which does mean that this 4K release has indeed been upscaled from the source. This in no way implies that it's not a worthy upgrade, but those expecting a revelatory 4K presentation can look elsewhere.

One of the most visually stunning entries in the Marvel pantheon, Guardians of the Galaxy fares quite well in its 4K debut, with the format's enhanced color gamut and HDR grading assist with more nuanced and saturated colors, brighter whites and more graduated shadows and blacks. There are a few scenes I thought the blackness of space was crushed just a little bit, but the benefits of some of the eye-popping colors made up for it. Again, owing to its all-digital production pipeline, this isn't an overwhelmingly 'organic' looking transfer with nary a hint of film grain (artificial or otherwise) on the image but does feature an abundance of fine detail and textures - check out the fine leather crafting on Star Lord's jacket and the etchings on Drax's body as evidence of this.

Not all the Marvel 4K features are cause for a clear recommendation, but Guardians of the Galaxy is an easy one. 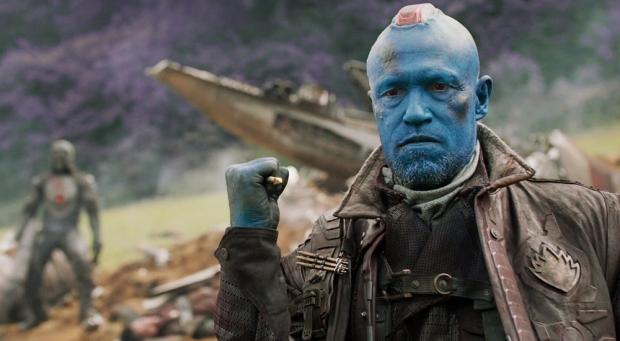 Guardians of the Galaxy is presented with a newly remixed Dolby Atmos object-based audio track.

Building on the very adequate 7.1 DTS-HD Master Audio track from the original Blu-ray, this new Dolby Atmos mix never really capitalizes on the opportunities to leverage the overhead height channels for any real consequence. It's one of the more pleasurable Marvel mixes that just urges the viewer to turn the dial up a little more than usual, but it also lacks some of the aggressive edge of the best mixes on the format. In particular, low-frequency effects are a little lacking and could have been a little more substantial. Overall, there's not too much to set this new immersive mix apart from the Blu-ray mix, and aficionados excited at the prospect of a more immersive mix are left a little wanting. 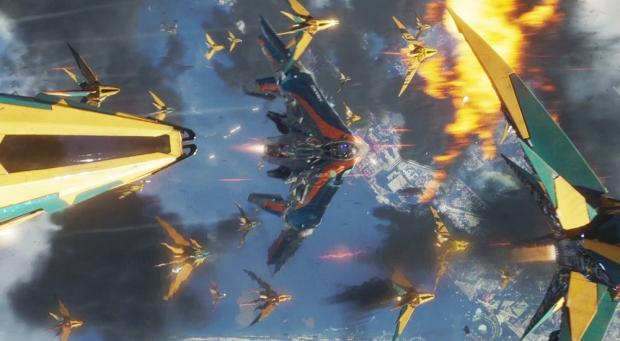 Unlike its release in literally every other country, Disney has again elected to release Guardians of the Galaxy sans a pack-in Blu-ray disc in the Australian market, which is now firmly the strategy for all catalog Blu-ray releases from the house of mouse. As such, the bonus features from the 2014 Blu-ray, included a James Gunn audio commentary, featurettes, deleted scenes and a gag reel are all missing in action. Suffice to say, fans will want to hang on to that disc to complete their collections, or import the pricier, albeit region free U.S. or U.K. editions to get it all.

For me, Guardians is still in the top tier of the MCU entries, and it's been served reasonably well in its 4K debut.

Guardians of the Galaxy 4K Blu-ray