From the first Iron Man feature in 2008, their acquisition by Disney the following year and the record-breaking $1.5B box office haul of 2012's The Avengers, Marvel Studios has continued to go from strength to strength, with each successive entry proving a license to print cash in its own right and exponentially increasing the value of all their associated properties. In Captain America: The Winter Soldier Chris Evans returns as the all-American hero, but does the sequel play it safe or attempt to shake up the formula? Read on, dear reader. 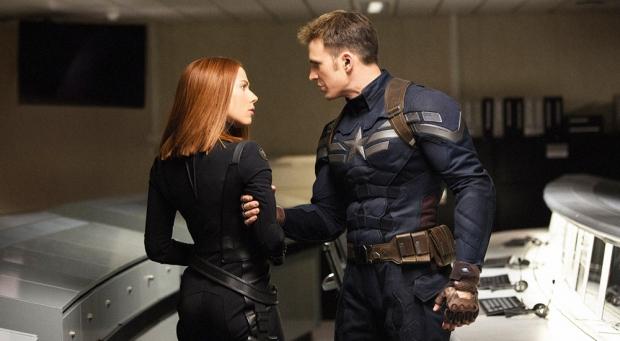 Two years on from the events of The Avengers, Steve Rogers (Chris Evans) continues to struggle with his time displacement, remaining deeply suspicious of SHIELD and its head, Nick Fury (Samuel L. Jackson). Following the hijacking of a SHIELD ship, an attack spearheaded by an operative whose existence most refuse to acknowledge; the Winter Soldier (Sebastian Stan), Rogers and his off-sider Natasha Romanov (Scarlett Johansson) unveil a plot that goes to the very heart of the organization, the ramifications of which will ripple through the whole Avengers initiative and bring its leadership to its knees.

Previously best known for TV comedies such as Community and Arrested Development, the Writer-Director partners of the Russo Brothers make their Marvel debut with The Winter Soldier which from the outside may have seemed like inherently risky move, but one that's paid off handsomely with competent follow-ups such as Avengers: Infinity War and Endgame which smashed box office records.

In the context of the wider Marvel Cinematic saga, The Winter Soldier is clearly elevated, successfully carving out a nice standalone niche as a political action-thriller. It's far from perfect; in particular, the wonderfully executed slow-burn set-up is gleefully dropped as the film's third act reverts to typical blow-em-up actioner, indistinguishable from any other entry in the Marvel pantheon. And while we didn't realize it back in 2014 (and the Russo's probably didn't either), but it provides a newfound relevance from the events of Endgame - but that's all I'll say about that! 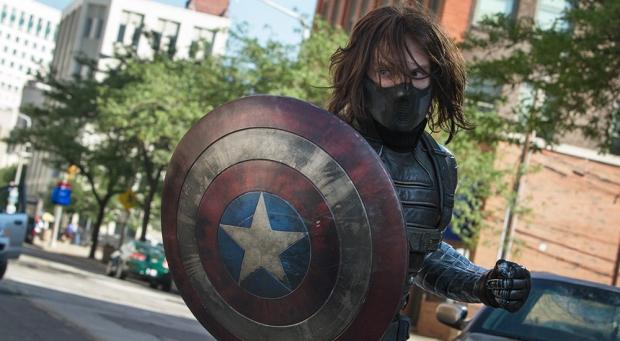 Captain America: The Winter Soldier is presented in its original aspect ratio of 2.39:1, encoded with H.265 compression, and finished with a static HDR-10 pass.

As with its predecessor and indeed all other entries from Marvel Studios, The Winter Soldier was originally locked to a 2K digital intermediate, which does mean that this 4K release has indeed been upscaled from the source. This in no way implies that it's not a worthy upgrade, but those expecting a revelatory 4K presentation can look elsewhere.

Owing to its all-digital production pipeline, this isn't an overwhelmingly 'organic' looking transfer with nary a hint of film grain (artificial or otherwise) on the image but does feature an abundance of fine detail and textures. The increased color gamut and HDR grading assist with more nuanced and saturated colors, brighter whites and more graduated shadows and blacks. Sometimes the improvements are a little more subtle, but overall this is a worthy 4K upgrade for fans. 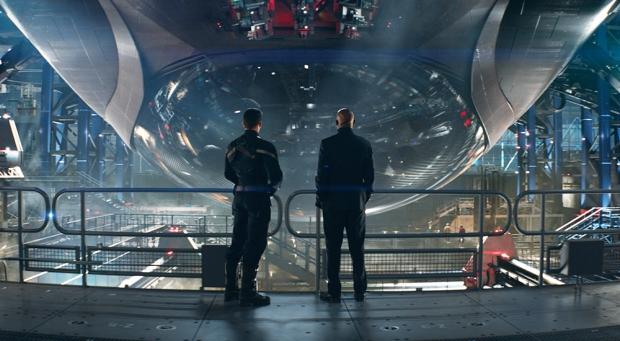 Building on the very decent 7.1 DTS-HD Master Audio track from the original Blu-ray, this new Dolby Atmos mix improves the soundscape ever so slightly, with a number of opportunities taken to leverage the overhead height channels with varying degrees of success, along with other opportunities missed. But on balance, this is a detailed and responsive mix that melds with the often over-the-top visuals for a satisfying cinematic experience. Low frequent effects are suitably present, although my personal preference for very deep, very loud bass isn't as indulged as well as it could have been.

Overall, there's not too much to set this new immersive mix apart from the Blu-ray mix, but that's less a criticism of this mix, as it is a complement to the previous one. 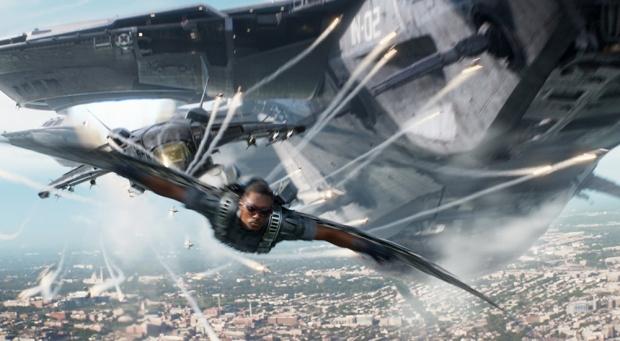 Unlike its release in literally every other country, Disney has again elected to release The Winter Soldier sans a pack-in Blu-ray disc in the Australian market, which is now firmly the strategy for all catalog Blu-ray releases from the house of mouse. As such, the bonus features from the 2014 Blu-ray included a Russo Brothers audio commentary, featurettes, and a gag reel are all missing in action. Suffice to say, fans will want to hang on to that disc to complete their collections, or import the pricier, albeit region free U.S. or U.K. editions to get it all.

Five years on from its release, the midstream entry in the Marvel Cinematic Universe holds up rather well indeed in its 4K debut.