WD delivers on the My Passport 5TB (2019 edition) with a smaller footprint without sacrificing on performance or quality.
Buy at Amazon

While spinning disk storage holds much of its excitement with the larger 3.5" variants, the portable drive market is refreshed every year with its own set of advancements. In the last few iterations from WD, we have seen the My Passport line gain additional capacity and colorways and that holds true for 2019 as well with the latest model, released today, offers 5TB of capacity, three colorways and an even slimmer design.

My Passport is likely one of the most recognizable platforms when it comes to portable storage solutions and as I mentioned above, it is one that gets refreshed almost yearly. With the design change in this year's model, new colorways were added an include black, blue and red with the My Passport Mac getting a midnight blue offering. Capacity has been increased to 5TB with the PC solutions using a Micro B connection and the mac taking advantage of USB-C. 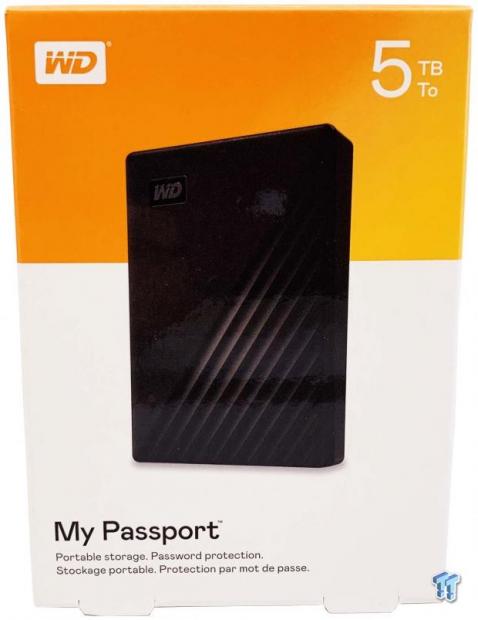 Packaging for the My Passport offers capacity top right and an image of the drive centered. 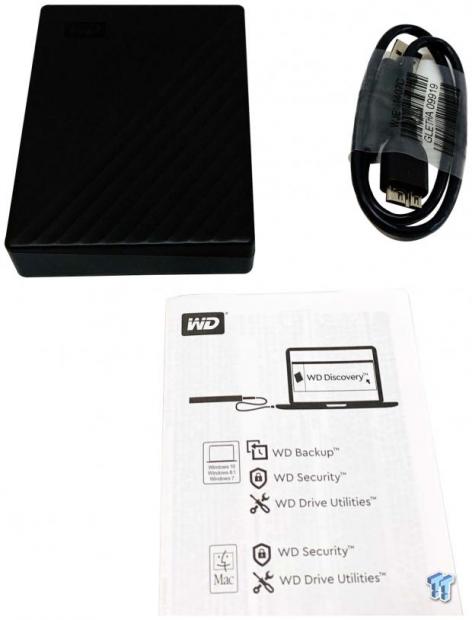 Included in the box, we have the drive, USB cable and reading materials. 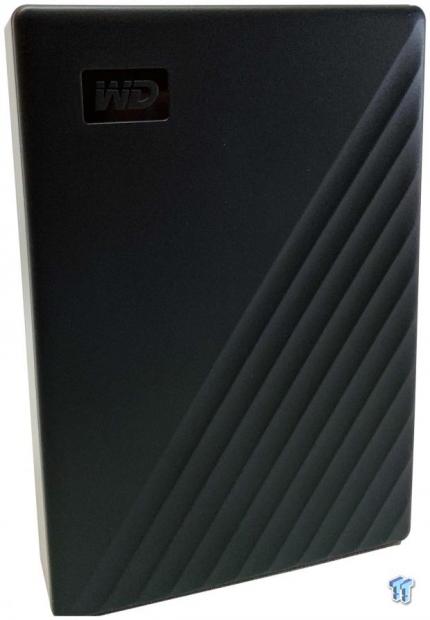 The My Passport takes its new design from the Ultra model, we were sent the black colorway. 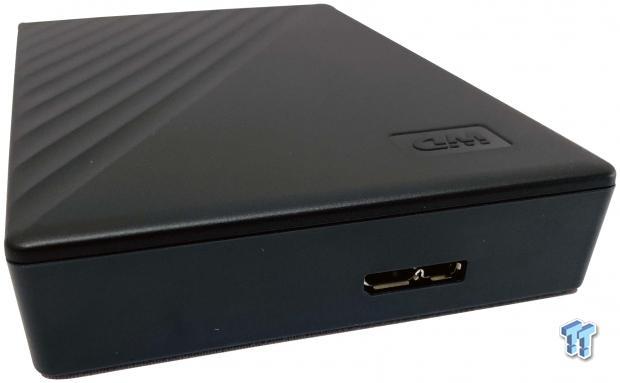 The front edge of the drive offers the Micro B connection and to the left a small white LED for activity. 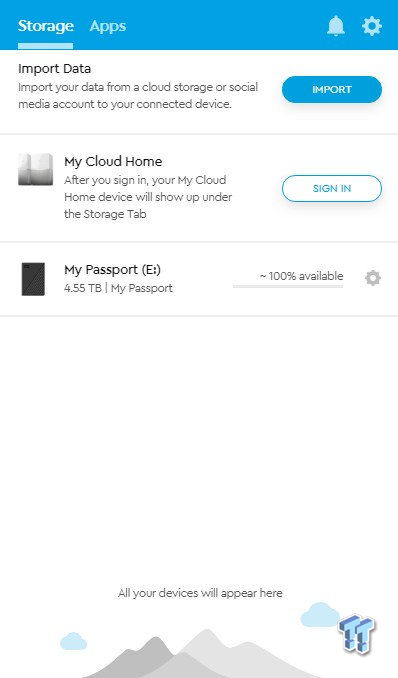 Software included with the drive enhances the functionality with tools for backup and securing your drive. 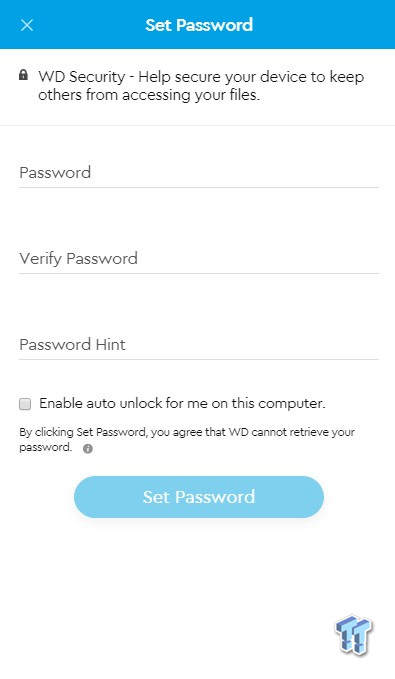 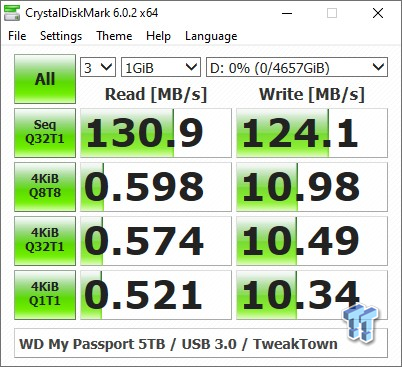 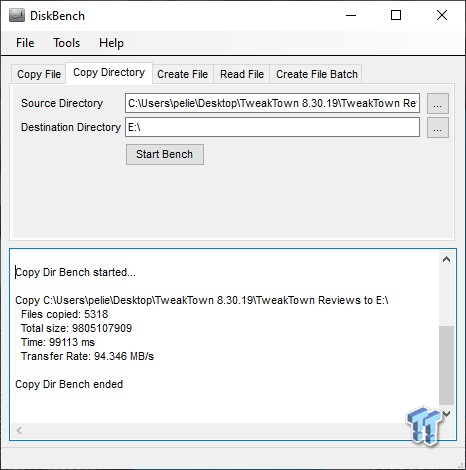 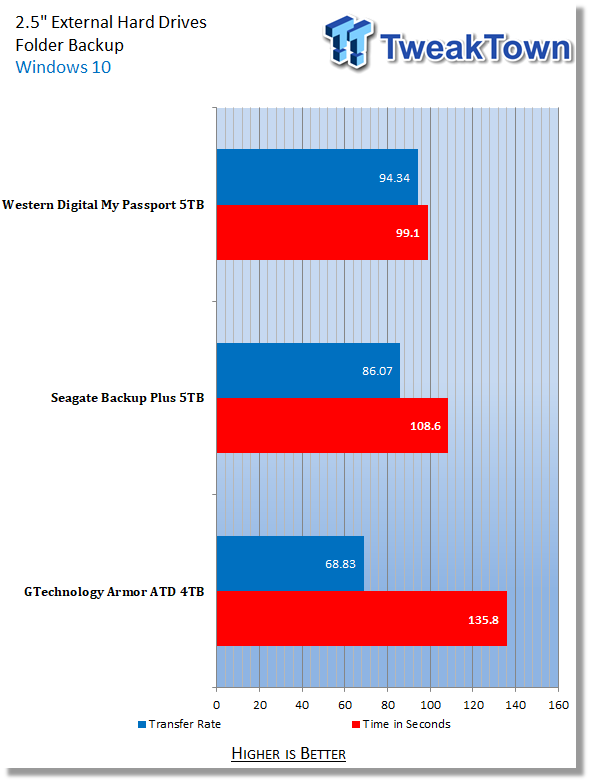 Throwing together a quick chart for comparison, you want the red bar to be the lowest and the blue the highest and for the new My Passport 5TB it offers just that.

The new My Passport has been in my hands for almost a full week at this point and I've had the chance to run my initial benchmarks, use the drive in an everyday setting, erase and run benches again. Coming away from that I will tell you the smaller footprint of this drive, while it may not seem like much is huge for those that enjoy the ability to carry a portable drive in their shirt pocket, like myself.

Performance of the drive in both canned benchmarks like CDM reaches the marketing numbers of 130 MB/s read with write coming in just under at 124 MB/s. Pushing real data through the drive, we found it to be the quickest 5TB portable solution we have tested and even a bit quicker than the Armor ATD we reviewed earlier in the year.

Adding to the overall package, the My Passport offers Discovery software that opens the drive up to importing and backing up cloud storage and social media along with passworded drive encryption.

As far as pricing goes, I'm fully expecting WD will price the new My Passport 5TB alongside their recently released Game Drive P10 at $149.99. Warranty should stay the same at three-years which gives them the advantage as Seagate only goes to two-years on the Backup Plus.

WD delivers on the My Passport 5TB (2019 edition) with a smaller footprint without sacrificing on performance or quality.