There's no better way to critically re-evaluate Batman Returns than in this 4K remaster which restores this slightly crazy film to a new level of fidelity.
Buy at Amazon

Following the stunning success of Burton's 1989 Batman, Warner Bros moved to quickly greenlight a sequel, but with the director committed to Edward Scissorhands, it would take three years for Batman Returns to hit cinema screens. When it did, audiences weren't quite sure what they were witnessing.

When a shadowy figure rises from the literal sewers (Danny DeVito) to collude with a megalomaniacal business mogul (Christopher Walken), Batman (Michael Keaton) must uncover an intertwined plot to take control of Gotham's power supply, subvert its political processes and defend Gotham from yet another threat - Catwoman (Michelle Pfeiffer). 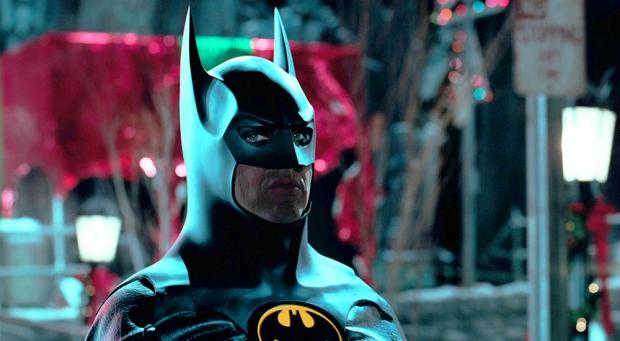 Batman Returns is, without doubt, a much more subversive take on the superhero (with ample sexual overtones and general adult themes) that takes all the darkness of its predecessor and amps it up to 11. The scars and motivations of its villains are far more psychological (with additional grotesquery to boot), its Gotham city is fascist, brutalist and totally oppressive and Batman himself is damaged by an unfolding relationship with Catwoman's alter ego Selina Kyle.

The Blu-ray's making-of documentary confirmed a theory that many already assumed; that a newly empowered Tim Burton was allowed near total reign to produce exactly the kind of film that he wished. The sight of an unidentified black goo oozing from the Penguin's mouth horrified licensors who has made a ton of money selling all manner of Bat-merchandise three years prior and when the film grossed almost half as much as its predecessor (on a production budget almost three times as high) Warner Bros handed the reigns to a much 'safer' pair of hands in director Joel Schumacher, which ultimately led it down a path of self-destruction.

Batman Returns remains a crazy-brave vision which many fans now point to the film as one of their favorites, but on release, mainstream audiences weren't ready to embrace it. But as with all bold visions, it's time for a critical re-appraisal of the film and this superb 4K restoration is exactly the manner in which to do so. 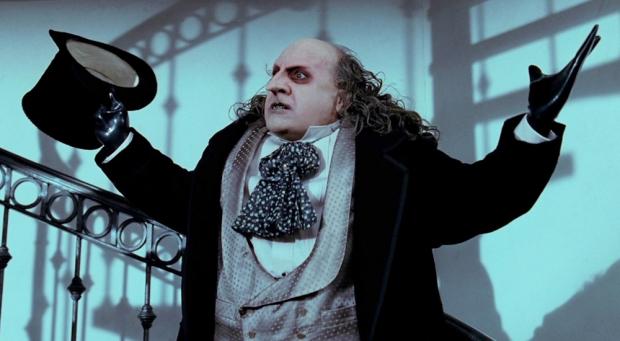 Batman Returns is presented in its original aspect ratio of 1.85:1, encoded with H.265 compression and finished with a static HDR-10 pass.

As with its predecessor, Batman Returns benefits massively from advancements in modern 35mm transfer and digital restoration techniques and returns the film to the originally released aspect ratio of 1.85:1 ratio compared to the previous release. Coming from a brand new scan of the camera negative, this 4K transfer is incredibly sharp, focused, and stable, newly freed from the murky and wobbly haze of the previous scan. The format's HDR grade and Wide Colour Gamut reveals new details, particularly in the shadows and darkness which permeate much of its runtime which add new dimensionality to the image, making it feel appear more 'alive' and contemporary.

The most controversial aspect of the transfer seems to be the new color timing, which often skews to a more teal hue than previous transfers, most noticeably during the Red Triangle Gang attack sequence. Of course, digital color timing wasn't a thing back in 1992, and while there's no word on whether this transfer is director-approved, it's a definite change in an otherwise very carefully intentioned restoration. 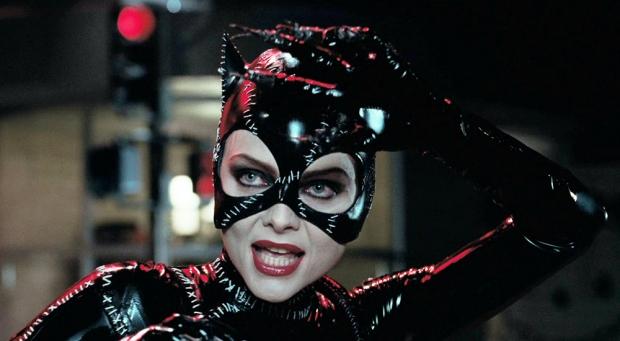 Owing to a much larger production budget, Batman Returns has always been served quite well in the audio stakes; in fact it was the first theatrical feature to be released with Dolby Digital 5.1 sound, which not only ushered in multichannel audio to theatres, but also in a superior digital format which was extracted and decoded from a theatrical 35mm print.

Unlike Batman, this new Dolby Atmos track is far more faithful to the original mix, and to my knowledge features no new sound or foley effects. The bolted on height channels subtly provide additional separation of what was already a very active sound mix. Danny Elfman's rousing score emanates from the entire soundstage. Bass is strong and responsive and does a fine job at underscoring some of the more dramatic events such as the climactic penguin missile launch sequence. 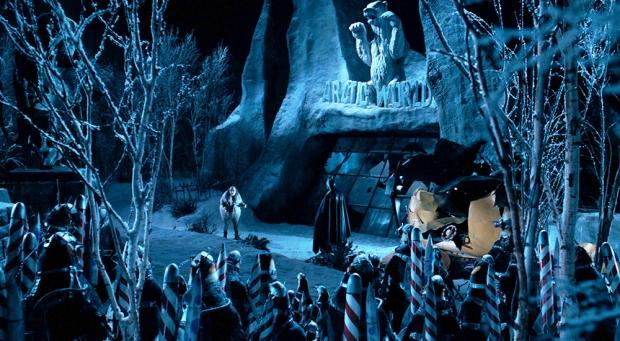 Roadshow have included the previous 2009 Blu-ray release as a pack-in, so this 4K Blu-ray release plays as a best-of that includes well over an hour of documentaries, featurettes, music videos and trailers from previous home video releases. Key highlights are the The Cinematic Saga of the Dark Knight: Dark Side of the Knight which provides original and retrospective interviews with key lead actors and Tim Burton, coupled with the Tim Burton Audio Commentary, which somewhat awkward and disjointedly does manage to impart a few nuggets of worthwhile stories and production anecdotes.

There's no better way to critically re-evaluate Batman Returns than in this 4K remaster which restores this slightly crazy film to a new level of fidelity.