Right now the SL100 Pro is position so perfectly it really is the best option for a portable SSD in both performance and price per GB.
Buy at Amazon

Just before we received the 1TB SDXC, Lexar reached out and let us know they had a new portable SSD, and I rather enjoy storage solutions, so I had them send one over for a review.

SL100 Pro is Lexar's latest portable solution, and with this being a custom designed PCB, we don't have an NVMe or SATA SSD awaiting inside and with that Lexar had more freedom with the drives form factor. That said, Lexar did play off the original SL100 for most of the design.

Capacity options have increased since the SL100 with the Pro now offering 250, 500GB and 1TB solutions; the model sent to us was the 500GB. Performance is rated at 950 MB/s read, and 900 MB/s write using USB-C while compatibility is just a formality with formatting. From the factory, this solution is setup with exFAT and will work with macOS and Windows operating systems. 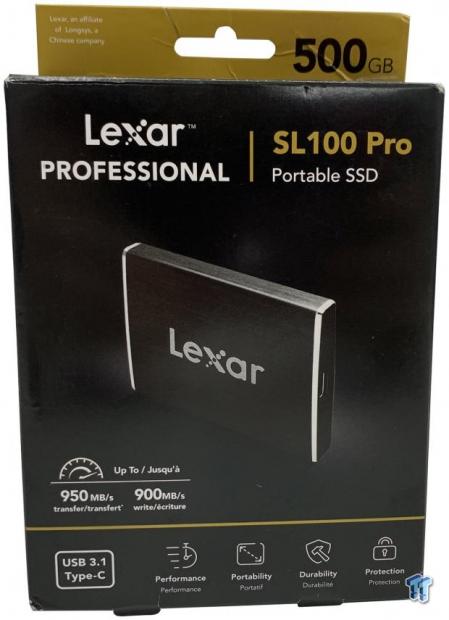 Packaging follows the black and gold design the Lexar Professional lineup has always had. Capacity is listed at the top while performance and connectivity is down below 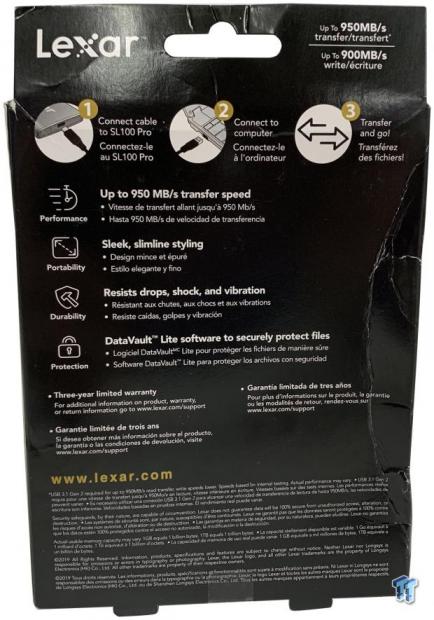 On the back, we have more information about the drive including warranty and drive features. 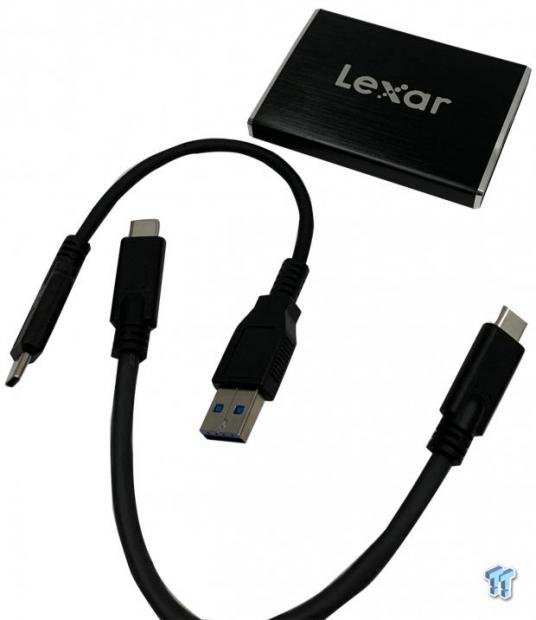 Included within the box we have the standard USB-C cable and A to C with the drive above. 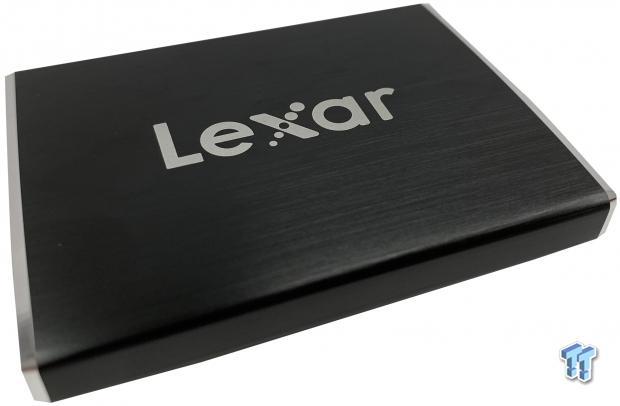 The drive itself is a metal design with a brushed veneer on top. 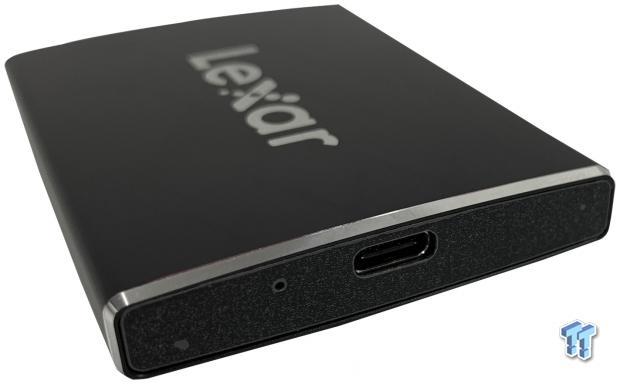 On the end we have the USB-C connection and activity LED to the left. 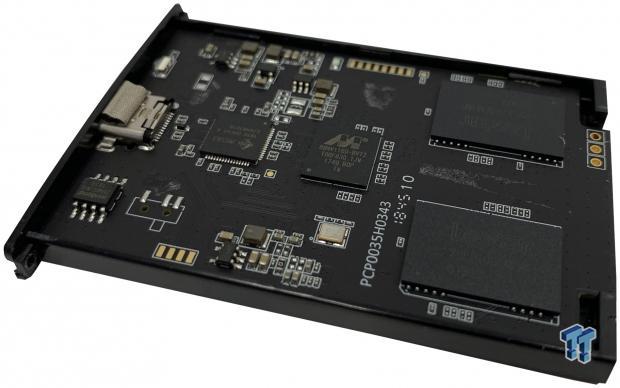 Taking a peek inside, we have a JMicron USB interface paired with the Marvell flash controller. The NAND is branded Lexar. 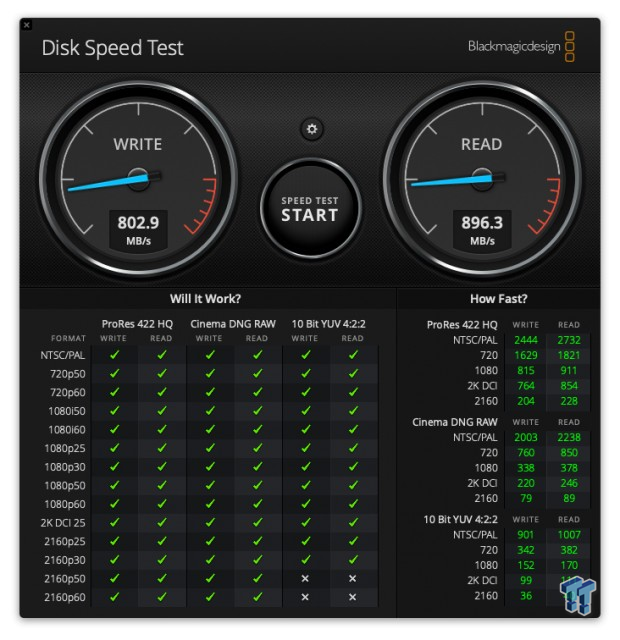 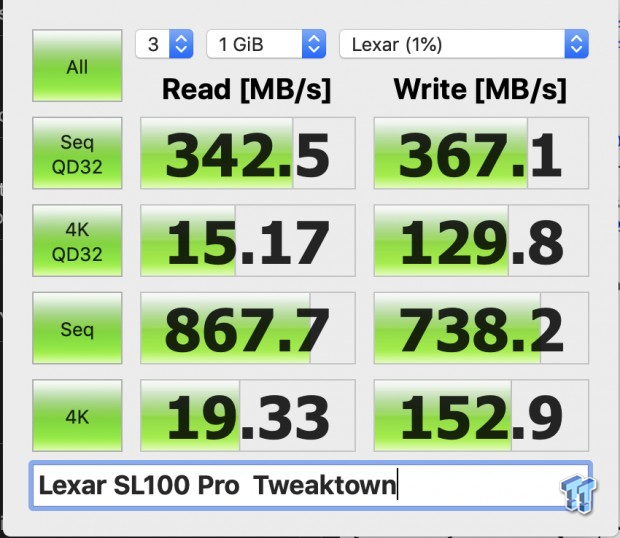 Closing this out the Lexar SL100 Pro is one of the smaller solutions to come through in the last year, its similar in size to the Samsung T5 while having a more durable metal shell. Internal to the exterior, the PCB itself is cased in a plastic tray that holds it firmly in place adding to the overall build quality of the drive.

The USB-C interface has truly unleashed the SL100 Pro, and while we didn't hit marketing performance for this drive, we were able to reach damn near 900 MB/s read. Write performance in both benchmarks was about 100 MB/s lower than advertised which all has to do with what metric they chose when doing their testing.

Overall, the SL100 Pro is a durable small form factor solution that Lexar has positioned next to the Samsung T5 and SanDisk Extreme, that said the SL100 Pro easily doubles the performance of those two drives while matching them in price and warranty.

Right now the SL100 Pro is position so perfectly it really is the best option for a portable SSD in both performance and price per GB.