Just months after the fourth instalment of the Transformers franchise left theatres worldwide, with a "disappointing" $600 million haul (almost halving the gross of the second film in the series back in 2011), The Last Knight hits 4K with an absolutely demo-worthy experience that features the current pinnacle of home theatre technology, packing both Dolby Vision HDR and Dolby Atmos immersive audio in a first for the fledgling format. 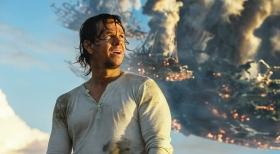 The Last Knight finds the Transformers declared an illegal scourge on Earth, courtesy of the immense destruction which has flattened cities across the world, and the prolonged absence of Optimus Prime has left the Autobots without leadership and unable to defend Earth from wave after wave of Decepticons who continue to arrive with little resistance. But when the planet is threatened by an even greater, world-ending threat, humankind finds itself once again in need of the Autobots protection.

If there was ever a film that was so perfectly aligned with Michael Bay's strengths, then the Transformers franchise is it. And you know what? I actually really enjoy the first film, and even now it's an entertaining ride that really holds up. But the thing about success is, there's such a demand to top what you did before that it starts to get a bit... over the top. And when you start out at that level, there's simply nowhere else to go. In some ways, the Transformers franchise is a victim of its own success, which has enabled its excesses to the point where they've become rather joyless affairs. 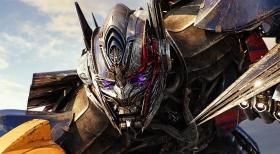 Still, it seems that The Last Knight at least attempts to improve on the last few entries. For one, it's mercifully shorter (even at 155 minutes) and feels much tighter in the edit. It also ups the 'fun' quotient substantially, with some fast cracking dialogue, plenty of jokes and some truly crazy scenes. Nowhere else are you going to see a robotic dinosaur vomit up a car, or hear (Sir) Anthony Hopkins refer to his "totally bitchin' ride."

As with all the Transformers films, the human cast is mostly inconsequential, wth Mark Wahlberg returning to reprise his lead role from the last film, and joined by Laura Haddock as his obligatory love interest. Franchise newcomers Isabela Moner and Sir Anthony Hopkins are granted the meatiest roles, with the latter providing the film with a surprising, but welcome hint of... dare I say it... 'Gravitas.' Plain and simple, The Last Knight is made in the same mold as what's come before - so if you liked any of the previous four Transformers films, odds are you're going to find something to enjoy here.

Transformers: The Last Knight is presented in its original variable aspect ratio, encoded with H.265 compression and finished with Dolby Vision HDR, in addition to a static HDR-10 grade.

As is still almost always the case, the 4K presentation of The Last Knight has been upscaled from the original 2K digital intermediate; it still reveals a small but discernible bump in resolution over the 1080p Blu-ray version. However, as we've seen many times before, it's actually in the HDR grade where the presentation really sets itself apart. As one of the first 4K releases to come packing a 10-bit Dolby Vision HDR grade, the also becomes an almost must-have for aficionadas keen to show off their system - and they won't be disappointed (at least, with the quality anyway). The expanded color palette is bold and heavily saturated, with whites shining in an almost blinding fashion.

The studio has decided to re-deploy the variable height aspect ratio theatrical master (presumably with Director approval), but it, unfortunately, doesn't quite translate well to the small screen. The constant shifting on an almost shot-by-shot basis is overwhelming and often distracting. I would have much preferred a middle-ground static aspect ratio as a compromise, even if it leads to slight cropping on the sides. 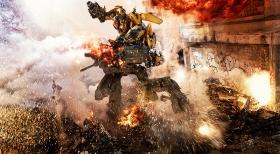 The Transformers films are renowned for their strength of their audio mixes in the home environment, and I'm pleased to report the latest entry doesn't hold back anything. The Last Knight features an impressively powerful mix that provides an excellent accompaniment to the visuals, with a good balance between the front and rear soundstage, which remains clear and audible even in the most intense moments of Bayhem. Bass is unsurprisingly very strong, reverberating with notes of deep low-frequency response with almost alarming frequency. If you're set up for Dolby Atmos, then you're in for a treat, with even more precise directional effects and a little more front power. 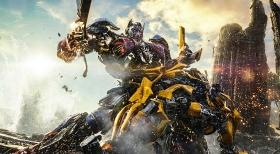 Transformers: The Last Knight is available in two editions in Australia, both which feature the film on a 1080p Blu-ray disc, with one including a bonus Blu-ray disc of supplements, and one that does not. Unfortunately, the edition I was provided by the studio to review is the latter. Franchise fans who want to add this to their collections should probably seek out the extra special edition.