Ten years ago, the BBC documentary series Planet Earth hit Blu-ray, and for the longest time served as one of the default demo Blu-ray discs for lounge and showrooms alike. With stunning visuals captured via (then) cutting-edge 1080p camera equipment, the series gave viewers a glimpse at the natural world like never before and forever set the bar ever higher for documentary filmmaking.

Now, BBC Earth and the network's rock-star David Attenborough are back for a follow-up series, which not only quadruples the video resolution but also unleashes even more impressive filming techniques to again peek into the hidden majesty of the natural world. Just likes its older sibling, Planet Earth II is the definitive (for now) demonstration disc to show off your brand new 4K setup to your family and friends. 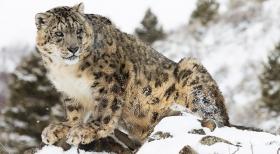 Rather than simply replace the original Planet Earth series, the sequel serves as a companion, rarely retreading the same ground. Through five hours of footage, Planet Earth II takes viewers through six distinct locations with an episode dedicated to jungles, mountains, deserts, islands, grasslands, and cities.

Seamlessly hopping from continent to continent, Planet Earth II is at its best when it takes time to dwell on individual struggles for life, such as the first episode's nail-biting escape between a colony of snakes and a newly born Iguana, and the fourth episode's showdown between a pack of hungry lions and a giraffe. Sometimes shocking, sometimes sad, and sometimes uplifting Planet Earth II is always engrossing and eminently entertaining. 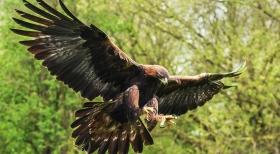 Planet Earth II is presented in its original widescreen aspect ratio of 1.78:1, encoded with H.265 compression and a finalized with an HDR-10 pass.

Straight up, Planet Earth II is the most stunning 4K disc that's currently available on the market - bar none. Sure, it does have the odd flaw (many of which go down to the methods required to actually capture some of the scenes), this is a presentation that's guaranteed to leave your jaw on the floor throughout its five hour run time, and bring out the best in whatever display equipment you own.

Captured with a range of 4K and above resolution digital cameras such as the Red Epic Dragon, the Sony A7S II and consumer grade DJI drones and Go-Pro style miniature rigs, Planet Earth II cuts together perfectly, with only the occasional hint of its mixed origins. Just like looking through a window (that happens to feature an animal kingdom killer lurking on the other side), the image is crisp and clear at all times, with only faint hints of banding if you go looking for such things, including a few instances on shots of sunsets and bright lights. But where Planet Earth II truly excels is in the high dynamic range pass, provided here via the HDR-10 standard.

Converted from the original camera Hybrid Log-Gamma data which is not compatible with the Ultra HD Blu-ray standard, HDR provides Planet Earth II with a vibrant and lusciously rendered palette, which helps to make the images even more hyper-real. Without exaggeration, the grading is sometimes so overwhelming it takes on qualities of CG animated as if a veil has been lifted off the lens.

The Oppo UDP-203 player handled the content admirably and without breaking a sweat, providing a bit-perfect presentation, which I suspect compares quite favorably to the BBC's original master files. In short, if you know someone who is completely unmoved by the buzzwords of '4K' or 'HDR,' simply show them this disc - it is that good. 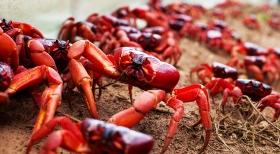 I've viewed enough documentaries in my time to know to lower my expectations down from feature film level audio mixes, so it's a pleasant surprise to hear that Planet Earth II is actually quite an involving, and at times aggressive aural experience.

Naturally, David Attenborough's commanding narration takes center stage, but the mix does a fantastic job at placing the viewer in the thick of the action, with the front and rear soundstage playing host to some solid effects panning, and a thunderous score provided by Jasha Klebe and Jacob Shea. While it's slightly disappointing that the disc doesn't feature a narration-free audio track or at least an isolated score option such as that featured on the original Planet Earth Blu-ray, that kind of special treatment is by far the exception and not the rule, so their exclusion is totally unsurprising. 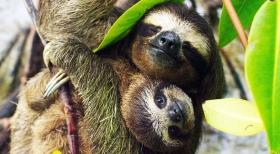 Unfortunately, the local version Planet Earth II is completely devoid of any extra features, which puts us at a notable disadvantage compared to other locales. Both the UK and U.S. versions come with the Planet Earth diaries which combined is about an hour of behind the scenes footage which details the numerous trials and tribulations associated with capturing the footage. While casuals probably won't miss them, more dedicated fans might just be inclined to import based off this omission.