In Japanese folklore, few stories are more sacred than the story of the 47 Ronin. Despite this, Universal had high hopes for significant overseas revenues in order to justify the films burgeoning budget, whilst entrusting the production to a first time director. A recipe for disaster? Overwhelmingly. But is 47 Ronin as much of debacle as much as its reputation precedes it? Read on... 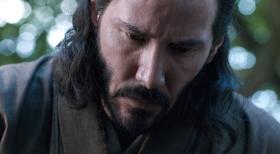 In feudal Japan, the shunned half-cast peasant Kai (Keanu Reeves) becomes a formidable warrior, and gaining the attention of Lord Asano's (Min Tanaka) daughter Mika (Kou Shibasaki). When Asano is murdered by the hands of his rival Lord Kira (Tadanobu Asano), 47 lord-less samurais, known as 'Ronin', attempt to avenge their master. In their way stands Kira's adviser, the frightening witch Mizuki (Rinko Kikuchi) and the hordes of adversaries at Kira's disposal.

Music video luminary and first time feature film director Carl Rinsch was given incredible reign by Universal to present his vision, with a sizeable $170 million dollar budget. However, seemingly he was unsure of what his vision should be. The production was beset with problems, including an indulgent shoot that saw scenes filmed twice; once in English and again in Japanese. This exacerbated shooting delays, culminating in the alleged removal of Rinsch from the cutting room, to be replaced by Universal's studio head, with subsequent costly and significant re-shoots. As such, it's no surprise that 47 Ronin is a tonally schizophrenic offering, which controversially does much to embellish the Japanese folk tale, alienating the very audience that it should have appealed to the most.

Still, armed with this knowledge, I was surprised that the film is reasonably coherent, one that for the most part hits the right beats. The cast are all incredibly earnest. I have no doubt that Keanu Reeves, who holds an affection for Asian culture, which predates his involvement with The Matrix franchise understands the importance of the 47 Ronin story and attempted to do his very best by it.

The supporting cast, none of which are likely to be known by your ordinary cinema goers, all do a very respectable job, transcending the otherwise dullness of the films script. Sadly, by the films fourth quarter, a visually impressive supernatural battle does little to draw the viewer back into the fold, debasing what should be a poignant and moving finale into a completely unmemorable and mediocre one. 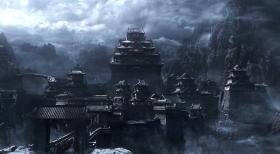 47 Ronin is encoded with AVC MPEG-4 compression and presented in the intended aspect ratio of 2.40:1.

Lensed on Arri Alexa cameras and finalized in a 2K digital intermediate, 47 Ronin looks undeniably impressive, coupled with some visually stunning locations and adequate CG effects. Color tones are fantastic, with superb hues and contrast. The film has been lensed with sharpness in mind, with every texture and cloth revealing the fine craftsmanship that's clearly gone into its construction. This is a tier one transfer, which will ensure its demo worthiness for times to come. 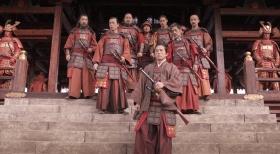 I remember fondly in the DVD days, that only the worst films received the best video and audio transfers and it seems like we're in a bit of a time warp, for 47 Ronin also sounds the goods, in a fitting accompaniment to a fantastic video transfer. The track is sustained and aggressive throughout, with superb separation between the front and rear soundstages. The dialogue channel is capable and doesn't get lost amongst the chaos, and audio sync is locked on throughout.

The subwoofer channel is kept active throughout with formidable responses provided by battle sequences and dragon attacks alike. 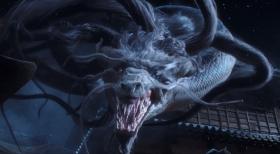 Far from the days when Universal released quite extravagant special edition Blu-rays for even the most mediocre of movies, the company has released 47 Ronin with a petite collection of supplements that fails to go into much depth.

First up, we have around eight minutes of Deleted Scenes, which represents just a small chunk of what was excised when the film was taken away from the director's control. I would have been far more interested in seeing some of the alternate takes which were filmed with the cast speaking fluent Japanese.

Next are four featurettes which amount to around 25 minutes of footage. The first, Re-Forging the Legend discusses the genesis of the project, Keanu & Kai which looks at the main character and what Reeves brought to the role. Steel Fury takes us behind the scenes of the films admittedly impressive swordplay, whilst Myths, Magic & Monsters looks at the films threatening digital creations.

PRICING: You can find the 47 Ronin (2013) Blu-ray for sale below. The prices listed are valid at the time of writing but can change at any time. Click the link to see the very latest pricing for the best deal.