For a role that he wasn't supposed to have, owing only to the schedule over-run on John Woo's Mission Impossible 2, the Wolverine character has done much to further Hugh Jackman's career. In fact, despite the breadth and strength of his wider career, his take on Wolverine has defined it. So, it's curious that after three ensemble and two solo Wolverine ventures, we've still yet to see a truly ballsy, risky adventure that challenges conventions and provides any deep reflection on such an iconic character. Maybe that's not what Marvel are going for, but as Jackman's future opportunities for the character are diminishing, I'd love to see him get the chance to really smash one home, before he hangs up the Adamantium claws. 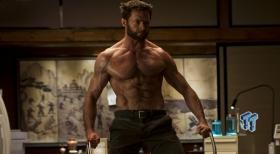 After saving the life of a Japanese soldier in World War II from the allied bombing of Nagasaki, Wolverine (Hugh Jackman) is handed a samurai sword by Yashida (Hal Yamanouchi), who promises to accept it at a future time. Fast forward to present day, Wolverine hasn't aged a day, tortured by his visions of the deceased Jean Grey (Famke Janssen) and living a pitiful, hermit like existence. When he is contacted by Yashida's representative Yukio (Rila Fukushima), who seeks to reconnect him with Yashida on his deathbed, Wolverine makes the trek to Tokyo, where he is presented with the opportunity to relieve him of his immortality. 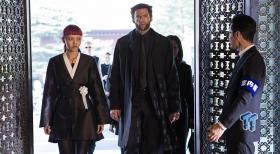 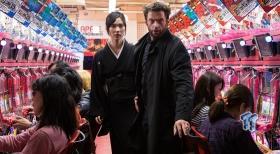 Taking its cues from the 1982 Wolverine story arc written by Chris Claremont and Frank Miller, Japan makes for an unlikely setting for Wolverine, albeit a fascinating one. I've long been a fan of the country and the setting has sown the seeds for a return trip. The setting provides the backdrop of one of the most exciting sequences, the bullet train fight scene, and despite some imperfect visual effects, it proves to be a gripping and visually interesting sequence that harkens back to the ambitious bullet time effects of The Matrix. 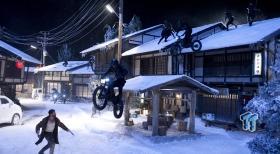 Unfortunately, The Wolverine ultimately finds a great character in search of a great script. It's fun and certainly entertaining, but due to the paint by the numbers plot, there's no sense of urgency or underlying threat when plot points are telegraphed so well in advance, with a third act that descends into cartoony silliness, betraying the initially serious setup. Despite this, The Wolverine is a technically well-made film and comic book fans still smarting from the betrayal of X-Men: The Last Stand and the crushing disappointment of the less than mediocre X-Men Origins: Wolverine will still probably be pleased that this entry at least has some positive signs of life. 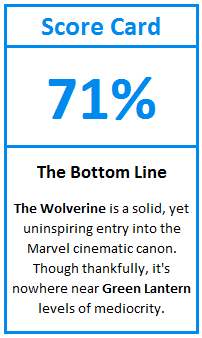