Starting life as a dramatized version of the failed U.S. military bid to locate the elusive head of the terrorist organization Al Qaeda; Osama Bin Laden, amongst the Tora Bora caves in Afghanistan, was aborted in favor of telling the story of the successful raid on the Pakistani compound. Zero Dark Thirty came into being immediately following Bin Laden's killing in May 2011.

Zero Dark Thirty is primarily concerned with the journey of one woman; Maya (Jessica Chastain), a fresh out of college CIA analyst, who rapidly rises through the ranks, whilst gathering intelligence from terrorist captives and loyalists who are happy to supply faulty or otherwise misleading information. The methods of extraction proves initially repulsive, but a necessary evil. Eventually, Maya gathers enough information to convince her military superiors including Joseph Bradley (Kyle Chandler) to take a gamble on her theories, leading to the climactic chopper assault.

From this point, Zero Dark Thirty changes focus to take viewers on a firsthand account of seal team six, the elite group of agents tasked with capturing or killing the elusive head of Al Qaeda. The last thirty minutes of the film (and I don't think this requires spoiler tags) is a white knuckle, edge of the seat affair, which from all accounts accurately recreates the assault on the Abbottabad compound, including the disastrous accident which downed one of the top secret choppers.

Director Katherine Bigelow is no shrinking violet in regards to war time storytelling, having secured an Oscar for her work on 2007's The Hurt Locker (and not least surviving a divorce from James Cameron), and she directs Zero Dark Thirty with adeptness over what seems like a breezy runtime. Notably, the story is told with complete apolitical judgment. Figure heads such as former president George W. Bush, or Barrack Obama, are not shown and remain completely detached. Some may find Zero Dark Thirty hard going; the scenes of simulated drowning via the controversial method of 'water boarding' prove particularly uncomfortable viewing, but this is war, and little attempt is made to dilute this fact. Over the course of its nearly three hour run time, Zero Dark Thirty proves to be a compelling, smart and emotional account of an extraordinary moment in recent time. 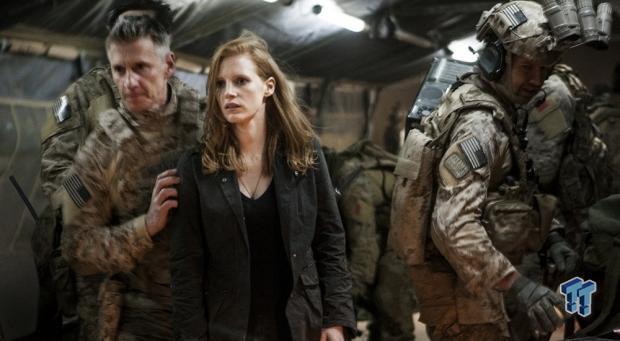 Zero Dark Thirty is presented in the aspect ratio of 1.85:1 encoded with AVC MPEG-4 compression.

Filmed with ARRI Alexa digital cameras and finished in a 2K digital intermediate, the Blu-ray encode of Zero Dark Thirty shows the film to its best capacity and accurately recreates the cinema viewing experience. The use of the near entirety of the 16x9 frame increases the horizontal pixel ratio and makes for an even more impressive image that truly pops with vibrancy.

Unsurprisingly, the transfer is intricately crisp, providing a huge amount of fine visible detail. Importantly, for a movie that climaxes in darkness, shadows provide a lot of visibility that is not lost to black crush, or solid blocks of color.

Overall, there is very little to be annoyed about here, and much to marvel about. This is Blu-ray at its absolute best. 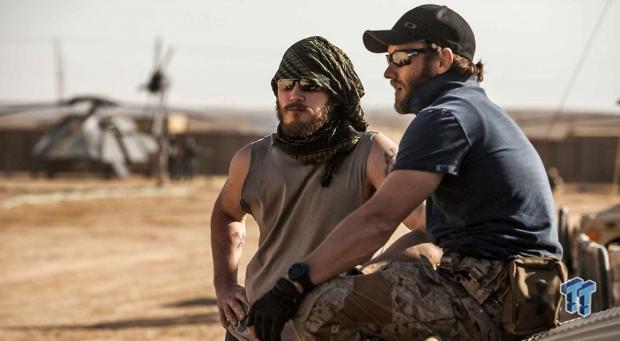 Sound designers have spared no expense with the audio mix for Zero Dark Thirty; just like Abu Ghraib, it well and truly means to take prisoners (too soon?), and this is reflected in this superb 5.1 track. It's so good, in fact that ironically I can't help but think how great a 7.1 track would have been...

Despite the chaos throughout in every channel, dialogue is generally clear and understandable. Equal weight is given to the front and rear soundstage, with extremely impressive and subtle use of the surrounds to create real dimension and draw the listener in. Low frequency effects are constant and well balanced to the wider mix, but come into their own for the climactic finale, which ups the dramatic quotient. 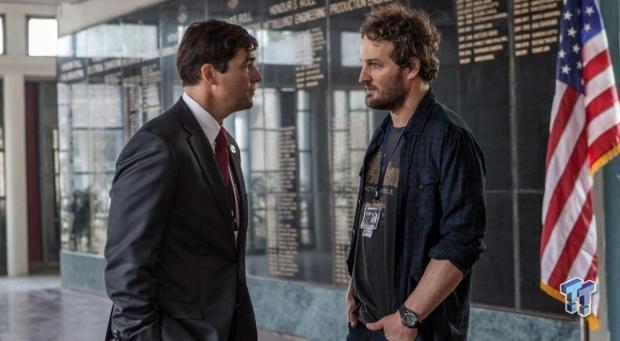 For a film of such recent vintage, it's a little disappointing to see such a minimalist collection of extra features, but we press on.

The first of the featurettes No Small Feat briefly discuss the origin of the story as the failed capture of Bin Laden, The Compound is a detailed and comparatively lengthy look at the full scale recreation of Bin Laden's Abbottabad compound, Geared Up looks at the comprehensive training that the actors portraying SEAL operatives undertook to guarantee maximum authenticity and the final featurette, Targeting Jessica Chastain takes a closer look at the talented actress, nominated for a best actress Oscar for her portrayal of the strong willed CIA analyst, regarding her role. 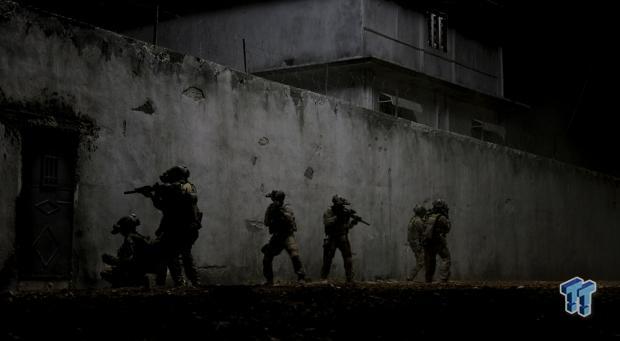