With a worldwide cinema gross approaching $3 billion (before we include home video and merchandising sales), it would seem that a film version of J.R.R. Tolkien's 1937 prequel to The Lord of the Rings trilogy would have been a sure thing. That it has taken seven years after the release of Return of the King is somewhat of a surprise, but one that owes much to the bankruptcy of partial rights holder MGM studios and a global credit crisis, coupled with key crew members changes late in the game, including a director and cinematographer.

Set decades before the events of The Fellowship of the Ring, The Hobbit details how Bilbo Baggins (Martin Freeman) is persuaded to leave the comfy confines of The Shire and how he came into possession of the Ring of Power. When a party of Dwarves and the mysterious wizard Gandalf the Grey (Ian McKellen) interrupt Bilbo's quiet life, promising a dangerous adventure to liberate the city of Erebor from the dragon Smaug, the Hobbit cautiously joins the adventure, but quickly discovers that the larger world is a dangerous place far removed from the relative obscurity and isolation of Hobbiton.

With the home video extended cuts now seen as the de facto way to view the Lord of the Rings films, Warner Bros. could be excused for indulging Jackson with regards to the films bloated running time, but this is one of the biggest problems with the film. The entire first half of the film takes so damn long to get going, that it nearly needs to defibrillate the audience when the gears finally grind into action. 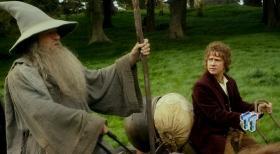 But, when it does, An Unexpected Journey features some extraordinarily thrilling sequences, which rival some of the most breathtaking sequences from its predecessors. The rock monsters battle sequence is truly exhilarating, as is the escape from the clutches of the Goblin King. However, for many fans, the standout of the film is the return of the villainous Gollum, who is allowed to shine in an extended sequence, which is both comedic and unnerving, a vicious creature of calculated malice whom will stop at nothing to reclaim the Ring of Power.

Ultimately, I enjoyed An Unexpected Journey, but lightening invariably strikes twice. While Peter Jackson and company try hard (some would say against the odds) to bring back the magic, it's an uphill battle - and not least for the audience whose forgiveness may or may not extend past the first plodding hour. 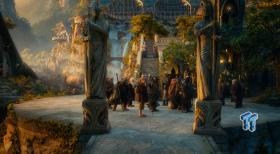 The Hobbit: An Unexpected Journey is presented in the aspect ratio of 2.40:1, encoded with AVC MPEG-4 compression.

Despite only a few years elapsing since Return of the King, it's easy to pinpoint the advances in both telecine and digital intermediate technology which makes An Unexpected Journey significantly more advanced and even more impressive than its predecessors. That said, in some ways the availability and temptation to utilize a little too much CG creates a slightly unreal sheen, in contrast to the grittier and more realistic original films. Take, for example, the digital sky replacements, which render every skyline unrealistically picture perfect, with CG artists seemingly uninhibited by technology or cost concerns.

Still, this isn't a criticism of the video transfer, because it's first rate, demo worthy material. Shot digitally at 48FPS with two Red Epic cameras in parallel 3D at 4K resolution, the absolute cutting edge of modern technology. In every way, current Blu-ray technology fails to accurately reproduce in all its splendor, but regardless it's one of the finest examples of the technology. Ironic, hey?

The Hobbit: An Unexpected Journey is presented in DTS-HD Master Audio 7.1, at 24 bits.

Hitting Blu-ray with the full bombast of the film's eight channel theatrical mix, The Hobbit makes huge waves in its home theatre debut. Make no mistake, this is an aggressively mixed, full dynamic range track which is quiet enough to hear a pin drop in one moment, and then crashing through every speaker the next. A hugely immersive mix, the sound crew have made full use of modern sound mixing techniques, whilst avoiding most of their trappings. Dialogue is crystal clear throughout, neither suffering from sync issues, or obvious post production processing. The surround channels are kept highly active throughout and the bass channel never holds back, constantly on the verge of overloading the mix, but pulling back enough to avoid it.

Despite the falling out with composer Howard Shore following the rejection of his score for 2005's King Kong, Shore returns to provide some harmony with the Lord of the Rings world. It's not quite to the same standard, but Shore contributes some appropriate new themes, including a few whisps of the old ones. 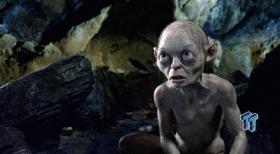 Warner Brothers are following the same standard as the previous DVD release structure of Lord of the Rings, that is; providing an initial theatrical release with publicity material bonus features, before unveiling a massive extended cut special edition with hours upon hours of behind the scenes material and audio commentaries, which we can expect prior to the release of the next entry - The Desolation of Smaug.

First up are over two hours of Video Blog Featurettes which were originally produced for online use. Post release, there's still a reasonable amount of useful information contained within, but so much of it is so irritating to watch based on what you don't see, solely because the production was shrouded in so much secrecy. They are all presented in 1080p, albeit with some footage upscaled from standard definition.

The New Zealand: Home of Middle-Earth featurette is a brief, seven minute feature which takes a look at returning the production to the rolling hills of Wellington, including the more permanent sets which can be utilized by the burgeoning Lord of the Rings tourist trade.

Finally, we have six Theatrical Trailers presented in 1080p with 5.1 sound. 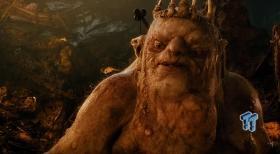