One year after Marvel and Disney took their greatest gamble yet, putting their biggest franchise stars Captain America, Iron Man, The Hulk and Thor together in The Avengers, now transition their franchises back to standalone features. Iron Man 3 just like the original Iron Man kicks things off with the next venture dubbed 'phase II'. 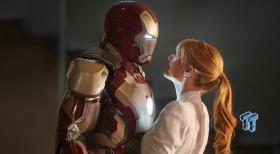 Following on from the events of The Avengers, the fearless Tony Stark (Robert Downey Jr.) is suffering flashbacks to the events in New York and unable to sleep. Mindful of protecting his partner and Stark Industries CEO Pepper Potts (Gwyneth Paltrow), Stark has been working around the clock, utilizing his talents to construct multiple experimental Iron Man armors.

His fears are soon realized when an explosive terrorist calling himself the Mandarin surfaces, adept at hijacking airwaves to broadcast his pirate signal and detonating bombs across the city. When one attack injures Stark's personal bodyguard Happy Hogan (Jon Favreau), Stark issues an ill-advised threat, which results in the destruction of his home and lab. Now he'll have to go up against an adversary, who behind the smoke and mirrors may prove his toughest adversary yet. 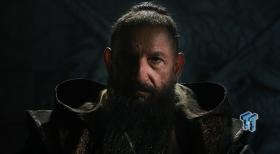 Iron Man 3 marks the departure of director and writer Jon Favreau who launched the entire Marvel cinematic stable in 2008. In some ways the Iron Man franchise is now in uncharted territory, but under the watch of director and co-writer Shane Black, who directed Downer Jr. in 2005's Kiss Kiss Bang Bang, it would seem that Marvel's hero is in safe hands.

Of course Iron Man 3 isn't perfect, but to be far, neither of the first two entries were either. Plotting seems somewhat lopsided, with the most exciting sequences placed at the front end of the film, joined by some somewhat poor connecting tissue. Far from fan service, the film nevertheless provides fans with all the beats they have come to expect, along with generous doses of action and some great sequences, including the Mandarin attack on Stark's Malibu palatial digs. 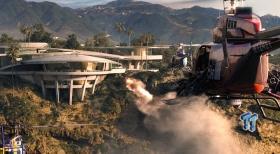 With three main villains, I think the film is a bit top heavy in the threat department, stretching the sense of urgency and impending doom just a little thin. Arguably the most imposing villain, Eric Savin (James Badge Dale), is given the least screen time and should be a thrilling and threatening force, yet I don't feel this was properly conveyed. Ben Kingsley does a great villain with a twist of his own, although some fans may be disappointed that he deviates significantly from the comics and perhaps could have been better utilized in a more serious way as a future threat.

My biggest complaint with the storyline is that after the events of The Avengers, little thought or mention is given to explain the absence of the other heroes. Whilst no doubt this escalation represented a plot challenge that I don't doubt that the screenwriters gave serious and protracted thought to, the absence of explanation is for me at least, the elephant in the room. 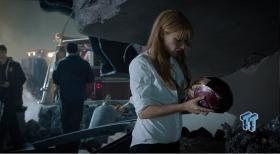 At this point, fans have a good grasp of Downey Jr's portrayal of Stark and he's in fine form here. With significant stretches of armor-less Stark, Iron Man 3 allows the character to evolve a little more than previous entries, padding the character with slightly more depth than the fast quips and self-assured one liners have previously allowed. Gwyneth Paltrow isn't given much to do this time around, featuring much less screen time than Iron Man 2, although she's finally given an overdue hero moment of her own.

Overall, Marvel and Disney have done a great job in transitioning Iron Man back to a standalone adventure and rather than climaxing with The Avengers, I'm now even more excited for where the Marvel universe will go to next. 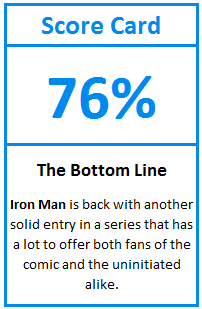