Emboldened by the success with transporting the series of Transformers toys and cartoons into a fully fledged movie franchise, Hasbro extended their reach with G.I. Joe and Battleship flicks, the former which was trashed by critics but modestly financially successful, the former which was shunned by all. Still, Paramount must have thought there was enough of a heartbeat in G.I. Joe to continue with a second outing. Sadly, if it were a dog, it would have been put down long ago. 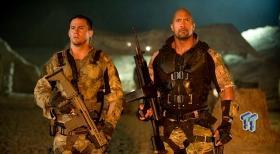 Following on from the events of its predecessor, Cobra Commander (Luke Bracey) has been captured by the Joes and encased in a watery solitary confinement tube, however Zartan (Arnold Vosloo) has successfully infiltrated the White House, posing as a double of the United States of America whilst the real President (Jonathan Pryce) is kept hostage. When the Joes are framed for the theft of nuclear weapons and subsequently wiped out by order of Zartan, the survivors, including Roadblock (Dwayne Johnson) must band together with former foes in order to foil plans for worldwide destruction. 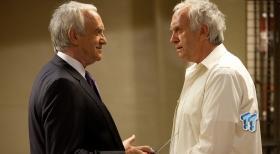 Originally planned for a (U.S.) summer 2012 release, Paramount Pictures pulled the film just weeks before release and delayed it for nine months, in a move that many pundits proclaimed was due to terrible audience reaction and to beef up the role of heart throb Channing Tatum. However, the real reason was to post-convert the film to 3D and give the film a little more breathing room in a crowded marketplace. The move seems to have paid off for the studio (I hear they've already greenlit a third movie), but the film whether in 2D or 3D is still a mess, albeit an entertaining one. 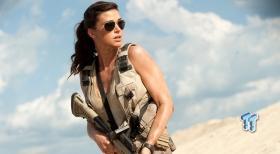 Recasting some roles and writing out others, with new writers and a new director, G.I. Joe Retaliation is as much of a reboot as it is a sequel, representing a change of tone from its predecessor, eschewing some of the forced humor in favor of a straight up action adventure. Sadly, the unnecessarily convoluted plot has not been rectified, leaving a confusing mess of a film that's despite being made up of all the right elements, including some impressive visual effects from Industrial Light and Magic, fails to gel together in anything resembling a cohesive bond.

Stars such as Channing Tatum and Dwayne Johnson are reliable leads and lend the film some much needed gravitas (if I can use the word so lightly), whilst Adrianne Palicki provides the eye candy, however it's just not enough to overcome a plot that didn't need to be so 'clever'. 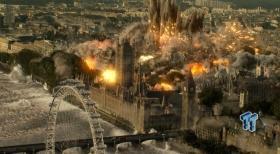 Still (and I know I'm at the risk of letting the film go easy), there is a small, but quantifiable amount of entertainment value to be found here, such that it's at least worth a drunk Saturday night viewing, although waiting for a cheaper home video session would be infinitely preferred. However, if you do feel the need to see it at the cinema, at least skip the 3D showings - the conversion by Digital Domain Stereo Group is extremely aggressive, with significant 3D pop-out that caused me the most painful 3D induced head ache I've ever experienced. Definitely not worth the surcharge for that. 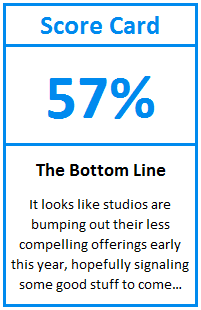