It's been well established, but 50 years on, it still seems that James Bond can survive pretty much anything. Most recently, the bankruptcy of partial rights holder MGM might have put a four year delay between this and the previous entry Quantum of Solace, but Bond is back. But is he better than ever? Read on. 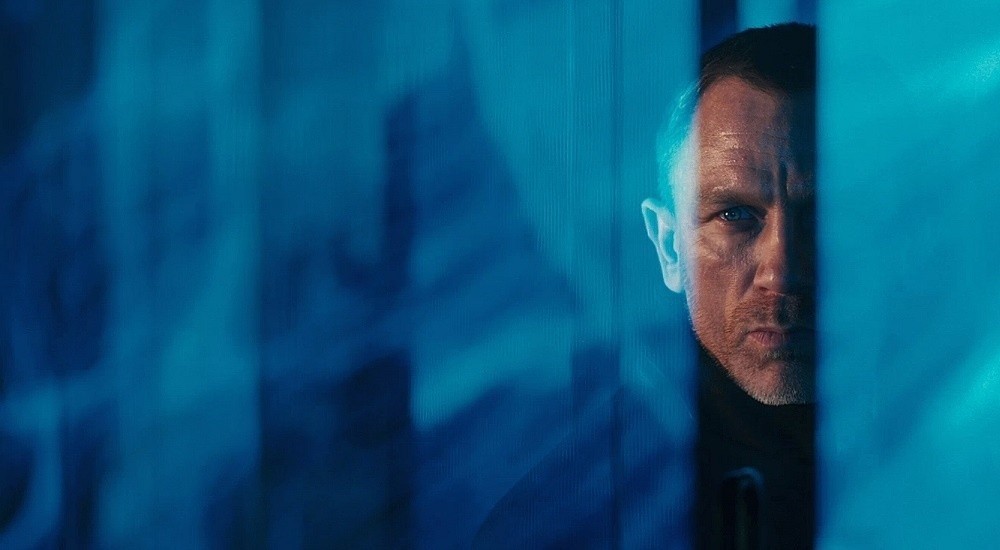 Skyfall finds Bond (Daniel Craig) battered and bruised, having survived a gunshot wound and fall of hundreds of meters into downstream rapids from a moving train. He's not the superhero from the previous entries. He fails both his physiological and psychological tests and is flagged as unfit for duty. But Mi6 have bigger issues to be concerned about. A hard drive containing the names of embedded and undercover agents is stolen and promptly leaked, leading to agent deaths, along with a network break-in and explosion at Mi6's London headquarters.

A critical and financial success, Skyfall earned rave reviews from critics around the world and for the most part I'd be inclined to agree with them. The film is smart, sophisticated and surprisingly emotive and represents a curious new direction for the franchise, not seen since, arguably, On Her Majety's Secret Service in 1969. But I'm ever so slightly concerned that with the latest entry, they've moved a little too far, and too rapidly away from the glossy and action oriented elements that younger audiences who've have been introduced to Bond in Casino Royale and Quantum of Solace have become accustomed to. Still, for those that yearned for a day when Bond returned to his roots, in both tone and editing style, Skyfall is for you. 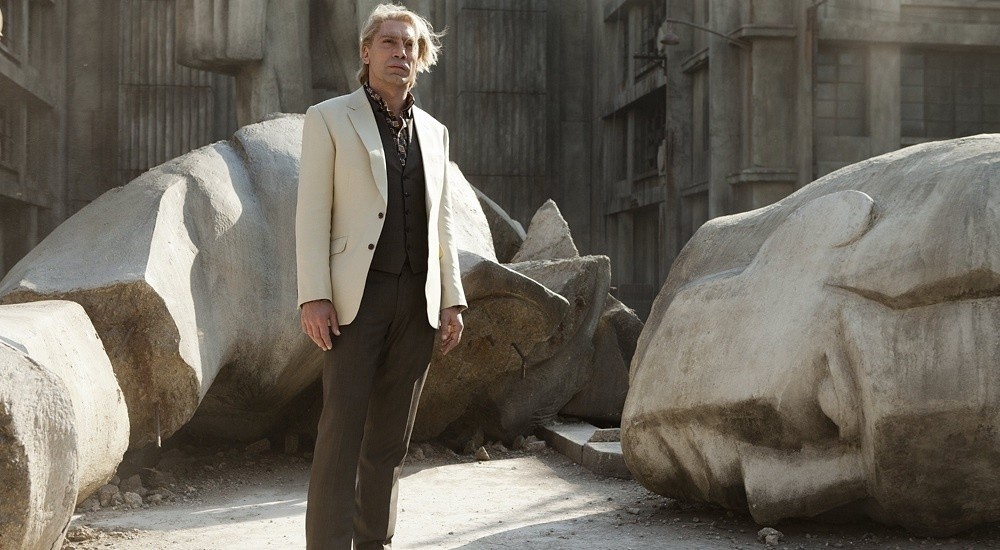 Skyfall is presented in the original aspect ratio of 2.40:1, encoded with AVC MPEG-4 compression.

Accurately recreating and in some ways even surpassing the theatrical experience, Skyfall is notable for its sublime attention to detail not normally associated with the Bond franchise. Lensed entirely in the digital domain (a franchise first), it comes as no surprise that the film makes the jump to the small screen with a beautifully crafted transfer that's painfully sharp and detailed, with amazing color balance. Skyfall is a surprisingly beautiful film and the 2K down-convert certainly does it justice.

Unlike previous Blu-ray releases of IMAX productions such as The Dark Knight and Transformers: Revenge of the Fallen, the Blu-ray reproduces the matted scope aspect ratio from the standard theatrical release, rather than opening up the image to the full vertical resolution afforded by IMAX shot sequences.

Skyfall is presented in DTS-HD Master Audio 5.1, at 24 bits.

Unsurprisingly, Skyfall runs the entire gamut of modern mixing techniques, as the subject matter call for, nay demands. Every gunshot, explosion and whisper is heard with as much bombast and careful subtlety as intended, making this Blu-ray an early contender for strongest audio track of the year.

I can't really fault this at all. The surround channels buzz with omni-present detail and the subwoofer will groan with feedback. This is clearly a very carefully constructed audio mix, but feels as natural as can be, with nothing drawing attention to itself.

The score by Thomas Newman, a regular partner of director Sam Mendes, is a marked departure from the 15 years of Bond themes as composed by David Arnold and one that I personally failed to connect with. While Thomas Newman is a great composer in his own right, I don't think his style is terribly conducive to the Bond experience. That said, the theme song by Adele is sublime and reeks of classic, big band Bond. It's no surprise that it was awarded Best Song by the Academy just a few weeks ago. 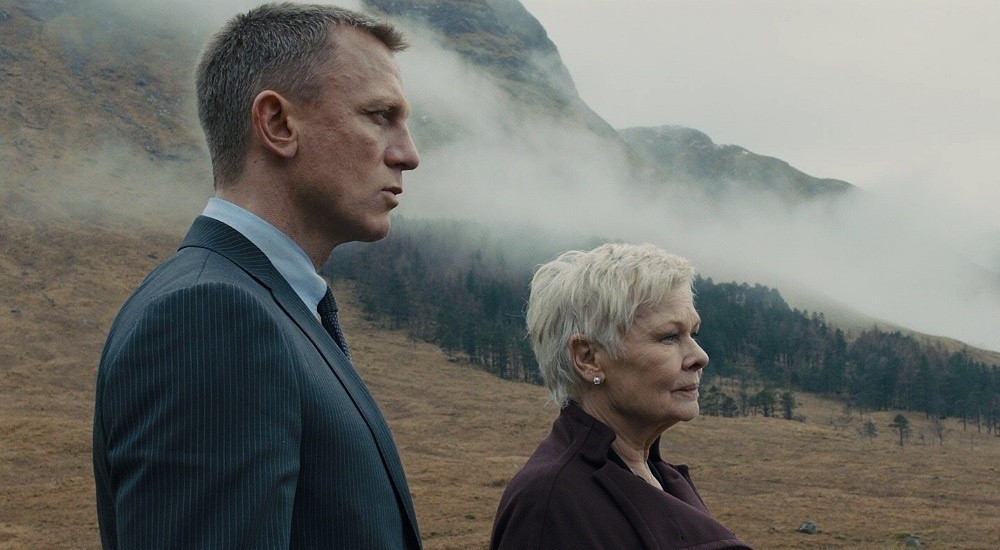 The extra features assembled here prove to be a nice accompaniment to the Bond 50 Blu-ray boxset release late last year, and most definitely represent quality over quantity.

First up is not one but two Audio Commentaries, the first provided by director Sam Mendes solo, and the second by producer's Barbara Broccoli and Michael G. Wilson, along with Production Designer Denis Gassner. The first is by far the most informative, with Mendes conveying his appreciable knowledge of Bond and what it means for him, which informed his departure in style and tone. The second commentary heaps praise on Mendes in a way that somewhat rubbed me up the wrong way, although with the dollar figures in their eyes it's no real wonder they are pleased.

Next up is the 14 part, one hour long Shooting Bond Documentary, which although is a tad more reliant on film footage than I would like, is still a solidly comprehensive feature which delves into reasonable depth on key elements of the creation of the film, supplemented with significant amounts of on-set footage.

The Skyfall Premiere Featurette shows the glitz and glamour from the premiere at London's Royal Albert Theatre. Car lovers will swoon at the Aston Martin DB5 from both this film, and Goldfinger, while others will appreciate the beauty of star Berenice Marlohe.

Finally we have a brief and accurately named Soundtrack Promotional Spot, along with the Original Theatrical Trailer in 1080p with 5.1 sound. 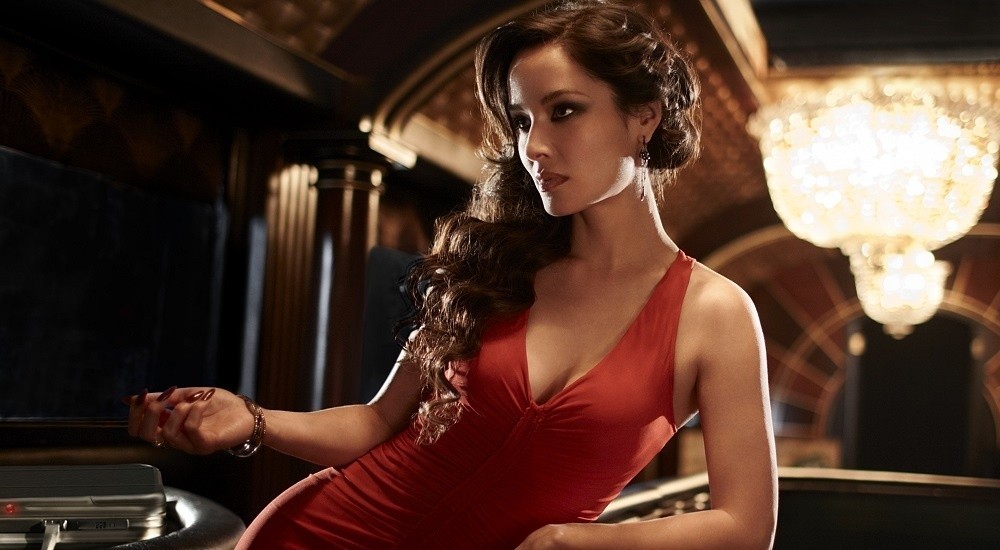