I'm not sure what it is about the genre, but gangster movies are generally underappreciated in their time, but go on to become cult classics. In evidence, titles such as Scarface, Casino, Dick Tracy, Gangs of New York, Once Upon a Time in America and A Touch of Evil...I could go on and on. Gangster Squad will probably make plenty of money owing to its hot cast, but I'm pretty sure it won't be reappraised in future years from anything more than 'average'. 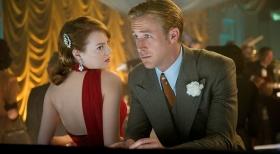 The year is 1949. Ex-boxer and feared gangster Mickey Cohen (Sean Penn) has Los Angeles in his pocket, with lawyers, police and judges all in his employ and no one willing to prosecute him. But there are some good men left. Chief Parker (Nick Nolte) has had enough and calls on Sergeant John O'Mara (Josh Brolin) to establish a team of solid cops to take him down and clean up the city. But with a police force so deeply mired in corruption, the squad won't be officially sanctioned, forced to rely on their own resourcefulness to exploit the holes in Cohen's systems and protect not only themselves, but their loved ones. 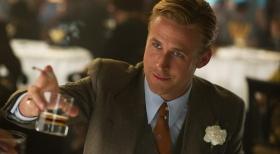 Gangster Squad seems to have taken The Untouchables as its inspiration, borrowing the same structure, but filling it with more blood, a harder edge and more sex appeal. But where that film is a satisfyingly compelling dramatization of Al Capone, that's where the similarities end.

On the surface, the film seems to tick all the right boxes, including great sets, and abundance of CG, slick visuals and a great cast, but this is a film that is tonally closer to Dick Tracy than The Untouchables.

And that's a real shame too, because in another universe, with a stronger script and a different director, Gangster Squad could have stood side by side with that film as one of the great dramatizations of larger than life villains. 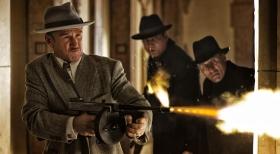 Sadly,Gangster Squad's most unforgiveable crime is that it so comprehensively wastes its strong A+ list cast, never requiring more than a bat of an eye-lid from Emma Stone or Ryan Gosling to stand back and smolder the screen. Penn's scenery chewing as the wholly one-dimensional Cohen seems to channel Al Pacino, but falls far short of the mark. Let's remember, he's an Oscar winner for god's sake. 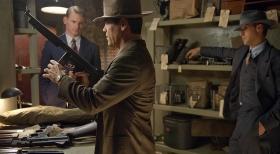 Ultimately, Gangster Squad just feels like a film doesn't know what it wants to be. Cinema by numbers. Film making by faceless studio heads. I'll admit, it has its entertaining moments, but at the end of the day, a good looking mess is still just a mess. 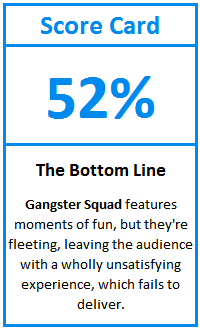