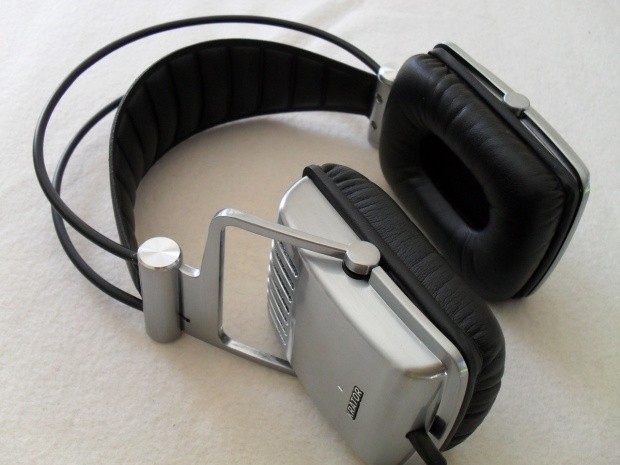 
KRATOR is a totally new company of which we have not heard about before today. So, as with all newcomers, the slate is clean and opinions are ripe for the forming with a set of stereo headphones in hand today and also some speakers coming soon.

KRATOR are probably, and quite sensibly, dipping a toe in at a time to test the market. Which as we have said before (especially in the headphone sector), seems to be heavily burdened with products at the moment. Honestly? For this reason it's going to take a mean feat to crack by any new company. 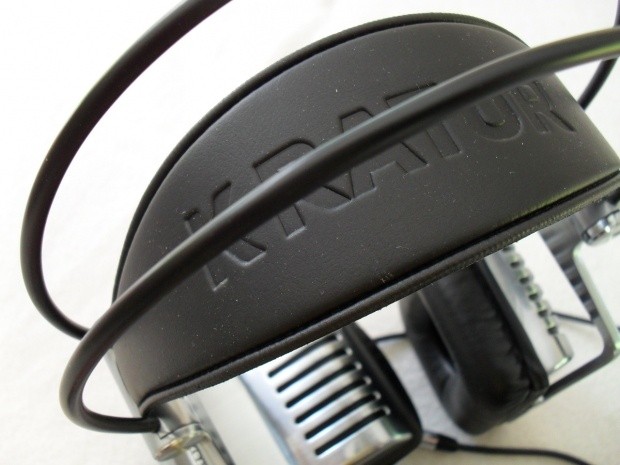 So, what, if anything, do the interestingly named 'Dione' headphones offer in terms of raw innovation and market cracking shock value? - The answer is not a lot. Rather, KRATOR has simply built a basic stereo headset with an aluminum chassis as the biggest selling point. We do not have any tech boffin's speak or any vibrating motors; no, not even a pretty box here we are afraid to say at this point of today's review.

However, as is the case with many products based around audio, there's a lot more to a good product in this category than features alone. Let's move on and take a closer look at the package and contents before moving onto the heavier technical details and most importantly, performance! 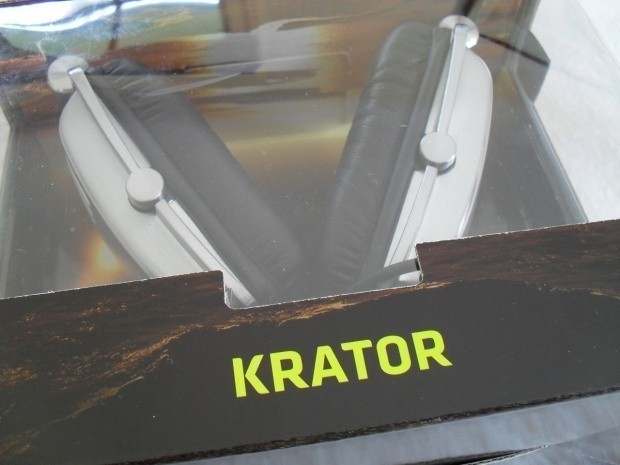 The package the KRATOR headphones come in features some rather interesting design work that would probably be more at home in an observatory or something of the like. I say this because in no way did I find the galactic constellations or asteroids particularly headphone(y) or relevant to anything. They might just as well of put a flock of seagulls on there instead; maybe with the seagulls wearing the headphones. 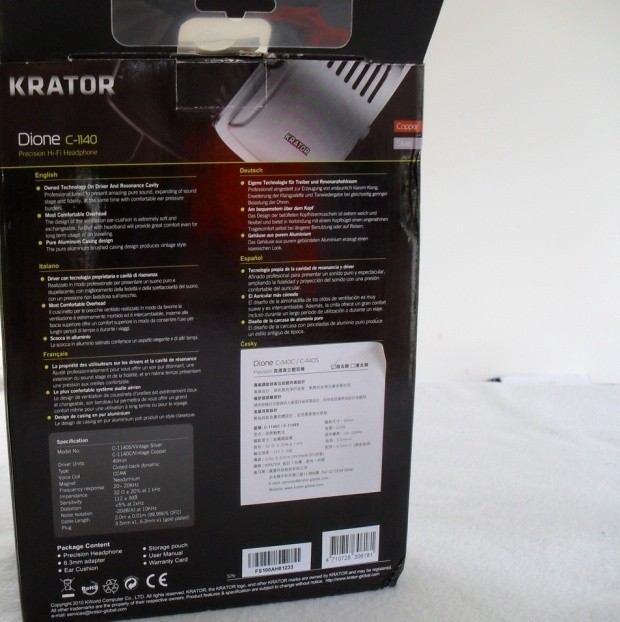 Inside things are pretty basic with the unit itself being housed in the centre of the box and a small compartment located below which houses the other particulars included with the system. 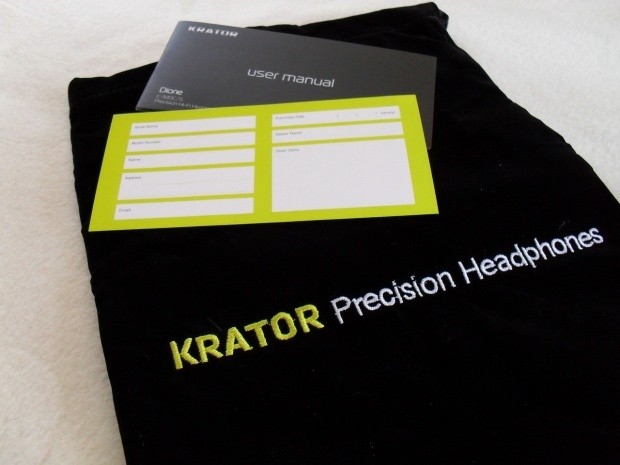 We did find the little black carry case to be a really nice touch, especially on a relatively entry level product like this. And if all else fails, we can never have enough bags to put things in. 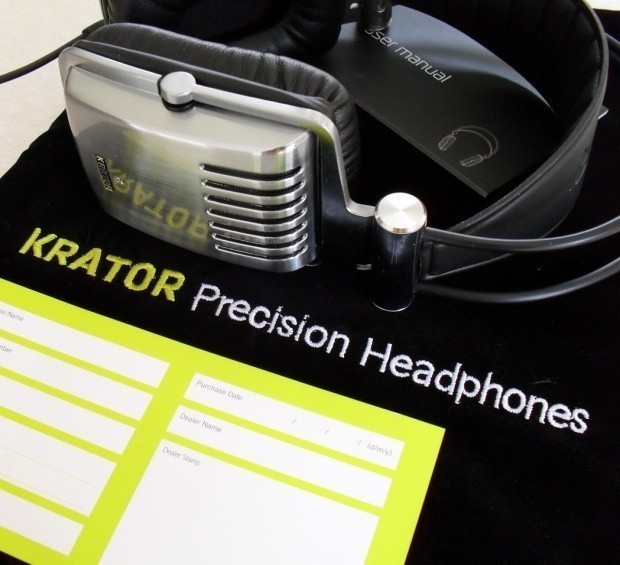 Another really nice touch is the warranty card which will help to put some buyers minds at rest and gives the initial impression that some care has gone into the engineering side of the headset.

We also found a small product manual and an adaptor to allow connection to devices with larger 6.3mm sockets.

It's interesting to see such a detailed set of specs when we have almost become accustomed to the very basics. Of interest here firstly is the large 40mm drivers located inside the ear cups. The use of a larger driver ensures that the system has a better chance of evenly producing the whole spectrum of frequencies. 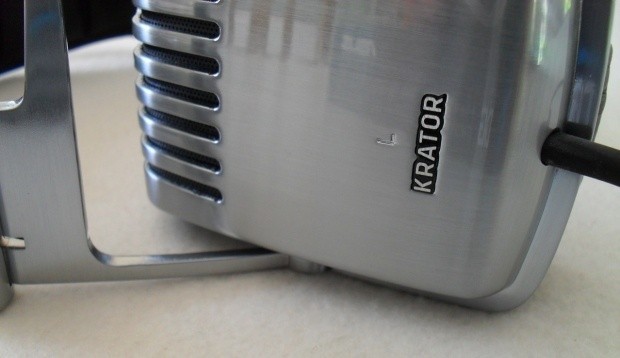 Also of interest is the use of aluminum for the outer chassis of the unit. This is certainly an attractive option that will attract some buyers who find all the plastic getting around a bit dull.

The overall design allows for quite a tight fit at the end of the day, which is important for low frequency response as a loose fitting design will effectively leak air pressure and as a result, bass volume.

The design also allows for pivoting of the ear cups on the outer chassis so that the fit is flat against the side of the head, which again aids in making that all important seal with the users head.

Setting up should only take a few moments due to the simple design of this system. All that's required is that either a stereo mini jack or 6.3mm socket be located and the rest will take care of itself. So realistically, setup is as easy as it could be. 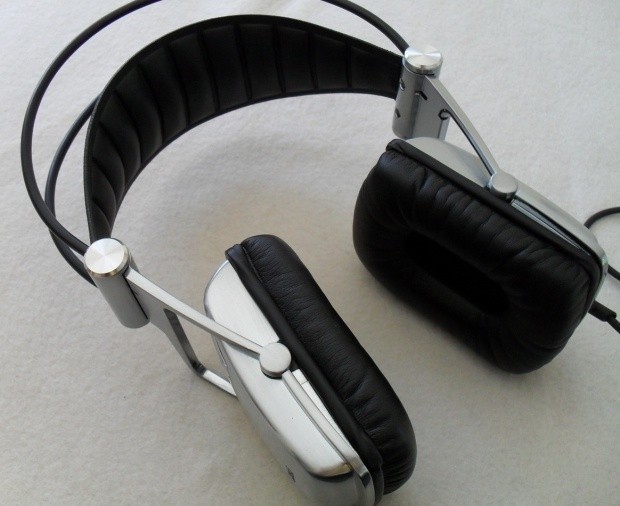 Adjustments can be made to allow for users of different sizes and shapes. But we would imagine that most people should have no problems at all with finding a comfortable fit with the KRATOR C-1140 headphones. The top of the head band also allows for a relaxed fit, much in the same way the Steel Series Siberia were designed. 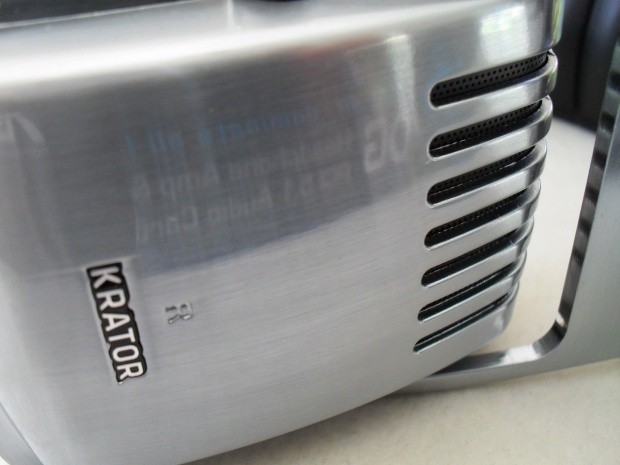 We found during testing that the KRATOR C-1140 offered some good easily listenable audio that was not taxing on the listener and had a fair amount of warmth and depth to the overall mix. However, some easy tuning mistakes result in noticeable foibles in flatness and tonality across the board. 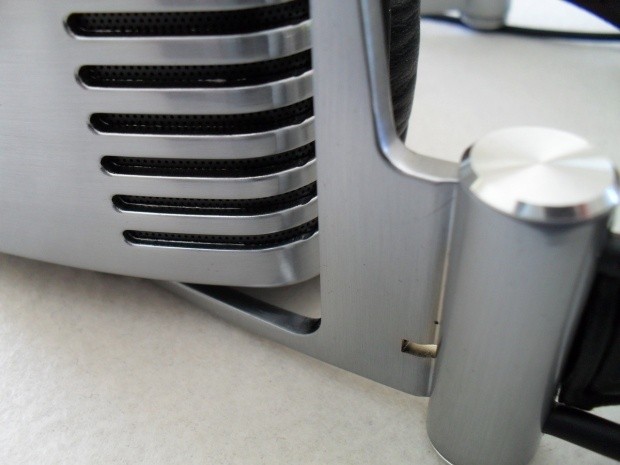 When testing without the use of an EQ in order to boost the high end by quite some, we found that while high frequency audio was audible, it was not being produced in equal quantities to the other frequencies and this resulted in quite a lob sided mix.

Of course, with the use of a good soundcard with an EQ built in, a lot of this can be corrected. However, this should have been taken care of long before the system made it into our hands. Why the sudden drop-off up the top? It's hard to guess without stabbing in the dark; but to be clear, it's not an issue with the quality of the driver as a unit we don't think, because a thorough EQ job will fix 75% of the issue. 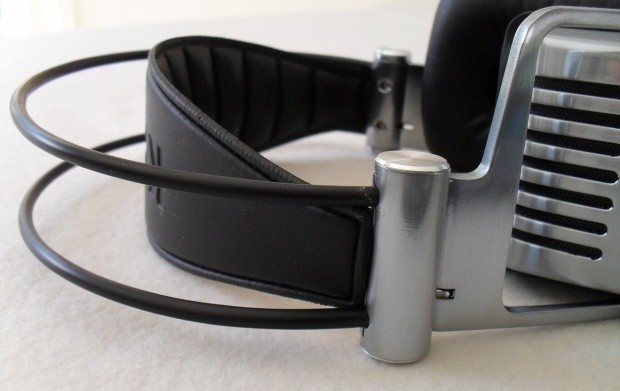 The mid range sounded quite good throughout testing, producing stronger results than the high end when taken on face value without any EQ-ing being done. The 40mm driver choice is well suited to producing mid range frequencies and we found these to be warm and reasonably well balanced.

Percussive tones had a good amount of punch when needed and mid bass was never lacking due to what must be a slight tuning curve around from say 60Hz up to around 500Hz; the equivalent of a hardwired fattening up of the low to low-mid range. This is often done in gaming headsets for obvious reasons. However, when discussing a music oriented headset, it's not usually advised because only some types of music will see a benefit.

This is the strongest aspect of the C-1140 headset and has clearly been taken into close consideration when designing the system. Unfortunately, as mentioned above, this bias towards the low end is going to suite some music well, but other music really not so well.

Again, the use of an EQ can largely negate this bias and produce a somewhat good result. But that's easy for us to say; we have the high end soundcard to fix it. What if the next person is not so fortunate? - Then it becomes a slightly larger issue to deal with. Overall, though, when things hit their stride good audio can be had; make no mistake about it. 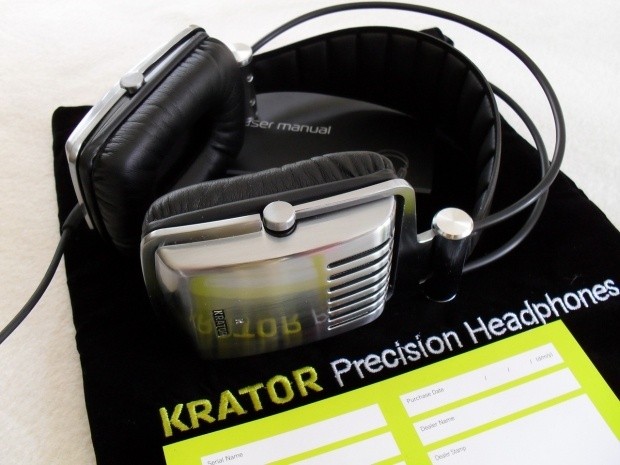 An area that's going to be well suited by the added low-end punch offered by the C-1140's. Even though surround sound is not offered with the system, we still feel it performed strongly here.

When considering the fact that this is the first headset from an all new company, it becomes easier to forgive some minor tuning oversights and focus more on some of the many strengths of the C-1140. Construction and materials used were of a high standard for what will not be an expensive headset at the end of the day. And again, we must mention that we felt the aluminum to be a great choice that will no doubt sell a few sets on its own strength.

As covered in testing already, some tuning issues ultimately stop this from becoming one of those instantly memorable products in our minds. Certain strengths do show through everything, though, and the low end will be a big plus for gamers and movie buffs. The added extras in terms of warranty and travel case are a really nice touch and are seen as useful bonuses.

During extended listening sessions we were quite impressed by how little ear fatigue there was with the material choice for the ear cups being very comfortable, we feel. So, is this one recommended today? The answer is yes, but with a caution that having an EQ on board your system will help quite a lot with regard to leveling things out. However, the style and variance of material will ultimately dictate how much the EQ is needed.

Having taken a good close look at KRATOR's first shot at the headphone market, it's a fairly safe bet that if KRATOR is still making headphones in three years time, the company will have a very strong product out there with a solid performance/value ratio associated with it.