Dumbo tells the story of an orphaned baby Elephant, whom gains his name from his curiously large ears. Part of a travelling circus troupe, he is shunned by the other animals due to his clumsiness and becomes dejected and miserable. But when he discovers he is capable of an amazing feat, he finds acceptance and newfound hope for his future.

At just an hour long, Dumbo is the shortest Disney film and the budget cutbacks makes the film a far cry visually from the splendor of Sleeping Beauty or Fantasia, but it remains a classic (if not one the lesser classics) of the 49 strong Disney animation collection. 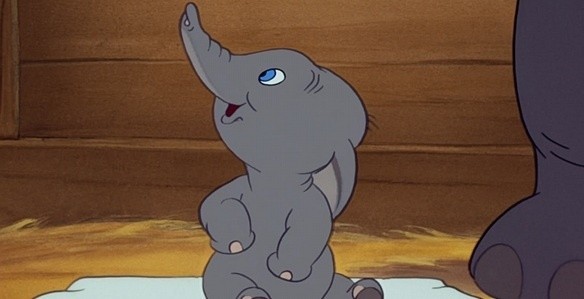 Disney take fine care of all of their classic animations and this is no exception. They've gone back to a pristine print and remastered and re-colour timed the animation, getting rid of the grey sheen that had worked its way into the film over the years. Now, the colour literally bursts off the screen and with the film heavily reliant of primary colours, it scrubs up very well indeed. I did notice a fair amount of digital noise reduction, but unlike its use in live action features, it's far more suitable with solid blocks of animation.

Absent are most of the other issues that plagued the film in previous releases, such as film artifacts and print damage. The image is crystal clear; so much so that it shows shortcuts taken with the original animation.

Clearly, this is now the ultimate version of Dumbo, surpassing the mega expensive Laserdisc release from back in the day and easily besting the average DVD release from 2008.

The main audio track is encoded in DTS HD Master Audio 7.1, at 24 bits.

As is usual, Disney have gone overboard on remixing a film in 7.1 for a film that clearly doesn't need it and wasn't originally recorded with surround sound in mind. However, Disney's biggest crime is not offering the restored original mono track as an audio option.

As it stands, Dumbo sounds fairly fine. Whilst the soundtrack has undergone restoration to remove rigors of time, not much can be done to upgrade the fidelity of vocals and sound effects. So, it really does sound as good as you would imagine a 70 year old film to sound. The surround sound mix is fairly limited, but the soundtrack seams into the rears fairly accurately. There is little in the way of bass effects considering the sound as a whole is a little on the tinny side.

Overall, it's a good effort, but ultimately disappointing that the original mono track is absent.

A far cry from the lavishness extended to the two disc 'diamond editions' bestowed to other Disney classics such as Sleeping Beauty and Pinocchio, Dumbo still receives a few worthwhile extras. Let's take a look.

First up is the 18 minute long Taking Flight: The Making of Dumbo Featurette which is the closest we have to a fully fledged making of. In its short runtime, we are let in on many aspects of the production, including the financial strain of the Disney corporation, to how the outbreak of World War II affected the release.

Disney's Cine-Explore feature is back and as on previous Blu-ray releases takes the form of a picture-in-picture video and audio track that pops up at various stages in the film. Current Disney and Pixar artists act as hosts, in what is a very worthwhile extra for fans of classic animation.

A jumbled bunch of featurettes are next; some new to this Blu-ray release and some that featured on previous DVD releases. The Magic of 'Dumbo': A Ride of Passage is a short plug for the Disneyworld ride (hopefully I'll be able to visit next year, making my life near complete). Sound Design Excerpt from 'The Reluctant Dragon' is only of peripheral concern to Dumbo, but shows sound creation back in the day.

Celebrating Dumbo is a little superseded by the making of segments on Taking Flight and Cine-Explore features, but is brought forward from the last DVD release. It doesn't really reveal anything that hasn't by the combination of those two. The Original Walt Disney TV Introduction leaves little to the imagination.

Next up are three shorts under the imaginative heading Bonus Shorts. Here you will find The Flying Mouse Silly Symphon and Elmer Elephant. And with this, we reach the more 'padded' bits from the extra features section.

I have always struggled with Art Galleries, but provided here is a few more concise collection of images than is the norm.

The collection of Deleted Scenes equal around eight minutes and show a few abandoned sequences with rough storyboards. It's great that after 60 years these still exist.

Under the section Disney Family Play you will find two BD-Java games aimed fairly and squarely at the kids. I hate this stuff and don't know any kids that wouldn't. I really wish they would put their resources into decent extra features, but I'm guessing Disney's market research revealed that these were much loved.

Finally, we have two Trailers both in lowly standard def. One was produced for the original release and one for the theatrical re-release a few years later. 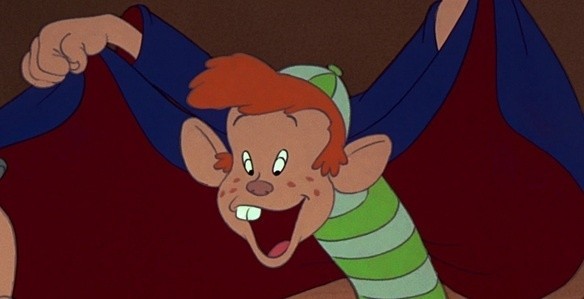