Mr. Fox (whom is actually a Fox - voiced by George Clooney) lives in a hole in the ground, but wants to better his life and those of his wife (voiced by Meryl Streep) and son, Ash (voiced by Jason Schwartzman). So, from under the ground, the family re-house themselves in a tree, but Mr. Fox's predilection for stealing (and eating) chickens owned by local farmers Boggis, Bunce and Bean (three of the meanest farmers in the valley), make the family a target and a fight for their life soon begins.

Fantastic Mr. Fox is one of the most 'organic' films I have ever watched. Despite being stop motion animation, it feels inherently real. But this didn't happen by accident - viewing some of the extras reveals the lengths the filmmakers went to achieve this feel, including recording the voice artists recording their lines out in the field, in similar environments that their characters are. It's a wonderful family film and it receives my whole hearted recommendation. 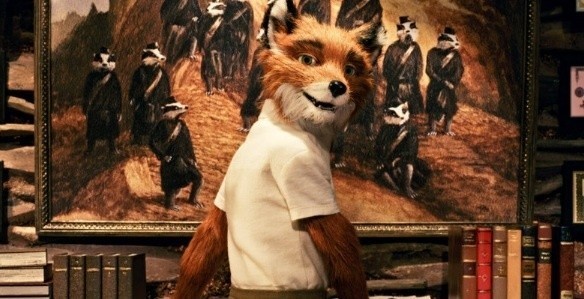 Fantastic Mr. Fox is presented in a widescreen aspect ratio of 1.78:1, encoded with AVC compression.

The film was recorded at 12 frames per second stop motion using a Nikon D3 body. The low frame rate gives the film a look of jerkiness which was initially a little strange, but quickly becomes a part of the films charm. As such, there are a few motion flaws, but overall the animation is of a very high standard. With a completely digital workflow, there are no film artifacts. The image is very sharp and any selective focusing issues are obviously intentional. The image is very colourful and pleasing to the eye.

For the most part, this is a fairly subtle mix, with a pleasing but non aggressive intent, which entirely suits the film as a whole. There were no real issues with audio sync or audibility, other than a few quitter lines delivered by Ash's soft-spoken character which required a bit more effort to hear.

The score provided by Alexandre Desplat is very charming and suitable for the films slower pace. It's also great to listen to in isolation.

Overall, a nice mix, but don't expect to be blown away; it's as conservative and laid back as the film itself.

Fantastic Mr. Fox receives an extras package that is more about quality than quantity. They show how the animation was so pain stakingly produced; a real labour of love for those involved.

The bulk of the extra features are found in the multi-part Making Mr. Fox Fantastic Documentary. Inside the 45 minute feature, you'll get a complete run down of the most important parts of production; from the support given by Roald Dahl's widow, voice casting and voice recording, to the smallest detail etched into each tiny model on the set. It's astounding stuff and fans will find an even deeper appreciation of the film because of it.

A Beginner's Guide to Whack-Bat featurette is a one minute short which quickly expands the rules of the rather confusing game, which seems to be a unique mix between baseball and terrorism.

The last featurette; Fantastic Mr. Fox': The World of Roald Dahl is a brief, three minute discussion between Director Wes Anderson and Roald Dahl's widow. Dahl's English home where the book was written seems to have been quite the inspiration for Anderson to produce the film. 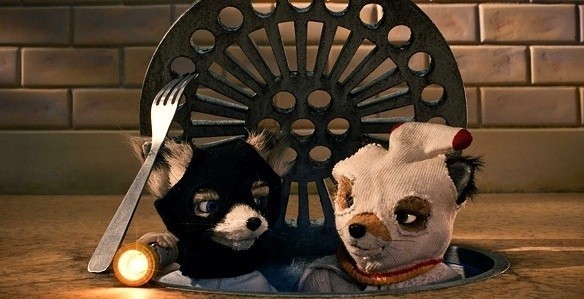