All NewsBusiness, Financial & LegalCases, Cooling & PSUContests & GiveawaysCPU, APU & ChipsetsDealsDisplays & ProjectorsGamingMotherboardsScience, Space & RoboticsStorageVideo CardsVirtual & Augmented Reality
All ReviewsAll ArticlesAudio, Sound & SpeakersCases, Cooling & PSUCPUs, Chipsets & SoCsComputer SystemsDisplays & ProjectorsGamingMotherboardsNetworkingPeripheralsStorageVideo Cards
GuidesGamingAsk the ExpertsNewsletterAboutForums
Halo InfiniteBattlefield 6Elon MuskGTA 6RTX 3080RTX 3070HDMI 2.1Bitcoin Mining
TV, Movies & Home Theatre
Blu-ray Movies
Avatar has been an incredibly long time coming. The genesis of the project begun in the mid 1990's with an idea from James Cameron. Deciding that technology was not evolved enough to see his vision come true, Cameron shelved the idea and made a small film called Titanic. You may have heard of it. Whilst pursuing other underwater documentary projects such as Ghosts of the Abyss, Cameron was evolving technology to see the creation of Avatar, finally starting production in 2005.

Shrouded in mystery and with only very small snippets of information making its way into the public domain, by the time the trailer was released towards the end of 2009, many film fans and bloggers alike were confused wondering what all the fuss was about. When James Cameron started making modest statements regarding the film, alarm bells started sounding. Maybe all those years under the water had sent Cameron crazy?

However, by the time of the film's release in December 2009, it was clear that Avatar was something special. Audiences instantly connected to it and as they flocked to repeat sessions, subsequently bringing their family and friends along, the film grossed higher and higher week after week, soon surpassing Cameron's own Titanic in worldwide revenue (at the time of print, around the $2.5 billion (U.S.) mark), and becoming the highest grossing film of all time whilst pushing 3D as cinemas next technological breakthrough.

I'll dispense with providing a plot outline for Avatar. I truly believe that there are no TweakTown readers that are unfamiliar with the story of the film. Despite its unoriginal themes, Avatar is a visual tour de force. My first viewing of the film theatrically in 3D was, for want of a better word; amazing. I recall sitting speechless by the end of the film, thinking to myself that the film changes everything, similar to my thoughts after The Matrix in 1999. It seems I wasn't alone in my experience. 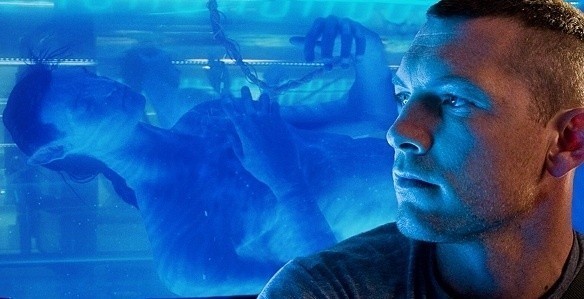 Technically, the transfer is perfect. It's crisp, clear, beautiful and breathtaking; almost every positive adjective that one can think of. But that doesn't mean I don't have complaints.

First up; this is not the film I saw at the cinemas. The 3D effect worked so well for the film, ushering viewers into the world of Pandora. For me, it made the film special, truly something I hadn't experienced before. In 2D, it's good, but didn't have anywhere near the punch. Secondly, something has been lost in the transition to the small screen. The visual effects that looked so wondrous and believable on the big screen don't look as spectacular on the small screen. At times, I found them to be rather fake. I don't know why this is, but I'd almost suggest this is a psychological downside of the lack of 3D in this transfer.

Of course, this is isn't the fault of the transfer. The elements are in perfect condition (probably almost too perfect, in a Pixar like way), but I couldn't get past these two issues for myself.

Avatar's audio track is pretty spectacular stuff. Every trick in the book has been utilised to create an aggressive and engrossing mix. Hats off to the audio mixers for crafting such a believable soundstage for the world. The surround channels are utilised constantly and bass is deep and powerful.

I enjoyed James Horner's soundtrack score, despite it sounding a little unoriginal. The score has been fairly aggressively mixed into the soundtrack.

Overall, a really amazing audio mix. This will wring every last bit of juice out of whatever system you've got.

For the initial release of Avatar on Blu-ray, Twentieth Century Fox have elected to release a completely bare bone disc and then for the holiday season of 2010, release a special edition loaded with additional content, including deleted scenes with completed visual effects. Whilst I appreciate the fact that James Cameron and Fox were up front about this release strategy, I am somewhat disappointed that no effort was made to release the initial version with the off the shelf made for TV specials, behind the scenes segments, interviews and trailers. It would have required no additional effort to do this.

That said, this release of Avatar is already the highest selling Blu-ray disc of all time, so maybe they know better than me? 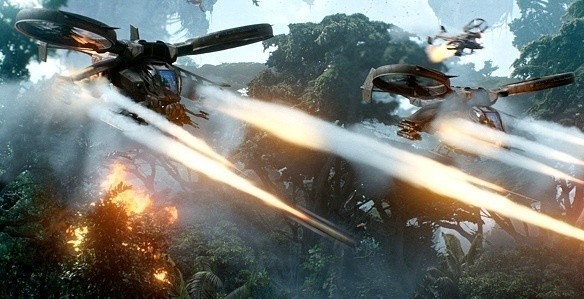