All NewsBusiness, Financial & LegalCases, Cooling & PSUContests & GiveawaysCPU, APU & ChipsetsDealsDisplays & ProjectorsGamingMotherboardsScience, Space & RoboticsStorageVideo CardsVirtual & Augmented Reality
All ReviewsAll ArticlesAudio, Sound & SpeakersCases, Cooling & PSUCPUs, Chipsets & SoCsComputer SystemsDisplays & ProjectorsGamingMotherboardsNetworkingPeripheralsStorageVideo Cards
GuidesGamingAsk the ExpertsNewsletterAboutForums
Windows 11Halo InfiniteBattlefield 2042Elon MuskGTA 6RTX 3080HDMI 2.1Bitcoin Mining
TRENDING NOW: Largest known comet ever discovered, and we will be able to see it
TV, Movies & Home Theatre
Blu-ray Movies
Based on the children's book by author Maurice Sendak (a childhood favourite of mine), the film version of Where The Wild Things Are extrapolates on the characters and situations presented in it due to the book featuring sparse text, but many detailed pictures.

Max (Max Records) is a young boy with an overactive imagination and like all young boys, a desire for attention and an irrational temper. Jealous of the attention received by his mother's new boyfriend, Max rebels and runs away from home, finding a boat and sailing to a seemingly nearby island. The motley crew of enlarged animal-like creatures he finds, (referred to as the 'Wild Things') crown him their king, but as Max finds out, it's inherently hard to please everyone at the same time.

Unfortunately, the advertising campaign publicised the film rather incorrectly as a kid friendly family film. It is not. Many of the situations in the film are at best confusing and at worst confronting. Many of themes will simply fly over the head of a younger audience. What the film is about is being a child; dealing with emotions and the journey of self discovery. Far from a simple story, Where the Wild Things Are is very much open to interpretation. The story is not intended to be taken literal, although you could view it as a simple fantasy film if you wished.

I very much enjoyed Where the Wild Things Are, but at the same time I could see how some would not. What is sure is that you will take from the film what you choose to. 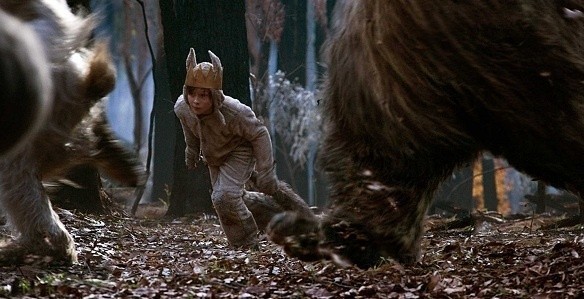 Where The Wild Things Are is presented in the aspect ratio of 2.40:1, encoded with VC-1 compression.

The transfer is rather good and accurately reflects the theatrical presentation. Remaining accurate to Spike Jonzes' intent, this was never going to be demo worthy material. The colour palette is very brown and earthy looking, so colours are very subdued. Sharpness is rather high, but at the same time it's not a transfer where detail pops out at the viewer. The film also employees a rather guerilla, hand held camera aspect which helps sell the effect of entering Max's world, but can at times be a little frustrating to watch.

Overall, the transfer is very good and I'll stress it's an accurate transfer of the theatrical presentation, but more picky viewers with no knowledge of the look of the film may be a little taken aback.

Where the Wild Things Are alternates between having a very subtle and restrained audio mix, to being a dynamic, split channel mix. The nature of the film essentially calls for it. At all times dialogue is clear and audible. Bass is appropriately heavy when called for.

Of note is the score provided by Carter Burwell and the use of many Karen O (the Yeah Yeah Yeahs) songs. It gives the film a very emotional and moody tone and I felt it was one of the more interesting aspects of the film.

Overall, a nice audio mix but a little inconsistent.

The vast majority of the extra features are several short featurettes.

First up; The Absurd Difficulty of Filming a Dog Running and Barking at the Same Time is a rather hilarious look at what should have been obtaining a relatively short and simple shot of a dog becoming a nightmare to shoot. The Prank finds Spike Jonze's beloved Moped suspended from the roof of the set during filming. Jonze used many forms to elicit reactions from the youngest cast member and Vampire Attack shows one of them. In The Kids Take Over the Picture the set is shown to be a relatively calm and kid friendly experience.

Maurice and Spike is a very short discussion between author and director. It looks like Jonze received the seal of approval for his vision. Max and Spike is a more recent sit down with the young star and Jonze, whom looks to have forged a caring and somewhat fatherly relationship together. The Records Family discusses the arduous casting experience to find Max and how the family looked at the positive and negative aspects of their son appearing in the film. Finally, Carter Burwell is another short featurette which has the films composer speaking about the melodic themes of the film and the collaboration with Karen O, of the band 'Yeah Yeah Yeahs'.

The HBO First Look is a made for TV, elongated commercial with 13 minutes of interview and film footage. It's no replacement for a full blown making of, but it shed a little useful information on the production.

The last extra of the set is one of the most interesting and at the same time, of the weirdest. Higglety Pigglety Pop! Or: There Must Be More to Life is an animated version of another Maurice Sendak book. The animation is rather basic and surreal in nature. I'm not sure this is for kids either. 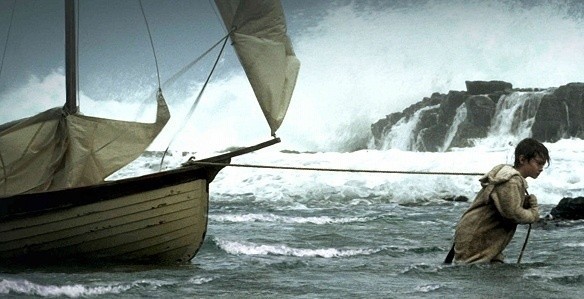