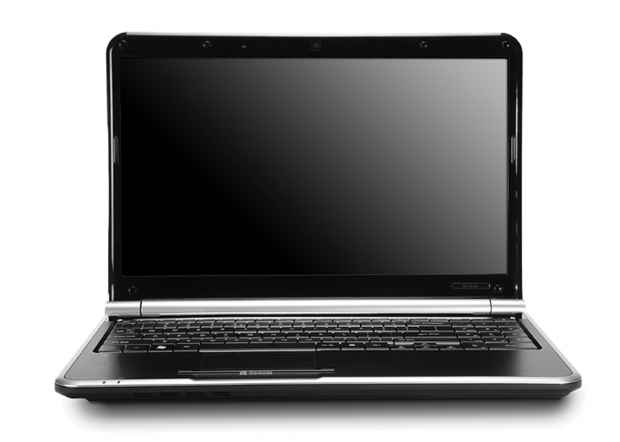 
Gateway is one of the largest computer makers in the world. The company makes all manner of notebook and desktop machines ranging from desktops and gaming rigs to netbooks and notebook computers. The Gateway NV7901u is the biggest and most power packed machine from Gateway I have tested.

What you notice first about the Gateway NV7901u is its sheer size. With a massive screen, the multimedia roots of the notebook are clear. The huge screen is also a great thing for those who work exclusively from a notebook.

The Gateway NV7901u has some fantastic features including a powerful Intel Core i5 processor and a lot more. The best news is that the machine is a bargain at $899.99 as tested, making it tops for bang for your buck.

Check out the full specifications of the Gateway NV7901u below. 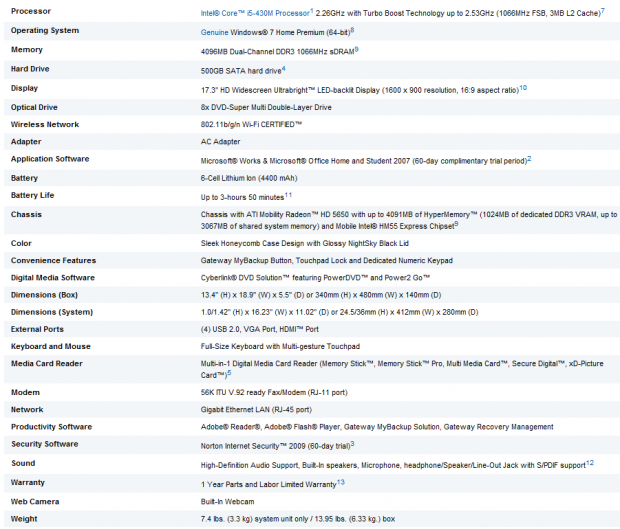 If you have seen one Gateway notebook, you have seen them all. The family resemblance, no matter the machine in the Gateway line, means that all its offerings look virtually identical. Luckily, the machines are all good looking.

The back of the Gateway NV7901u has nothing to see other than the hinge for the screen.

The left side of the notebook has a Kensington lock port, power plug, Ethernet, VGA out, mic/headphone jacks, USB and HDMI out.

The right side of the notebook has the power switch on the hinge, two USB ports and the optical drive.

The bottom of the Gateway NV7901u has the battery, the cooling grates and the covers over the memory and HDD. 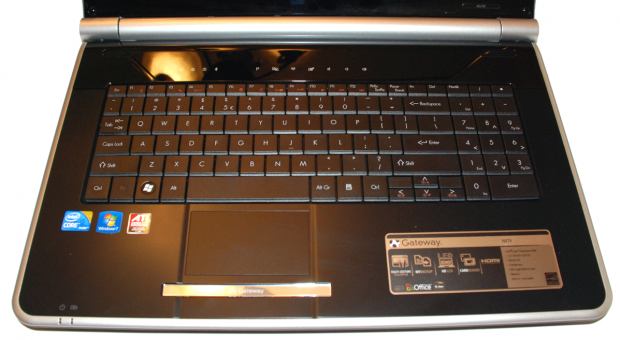 The keyboard is large and well spaced with all the keys where they should be along with a number pad.

The huge, highly glossy screen is LED backlit and glorious for movie watching.

For the movie encoding test I take the HD Microsoft Magic of Flight video and encode it to DVD quality video with CD quality audio using Windows Media Encoder. The Gateway NV7901u is a brute and summoned enough power to put down the second fastest time we ever recorded in this benchmark. Check out the chart below to see how the machine stacks up. 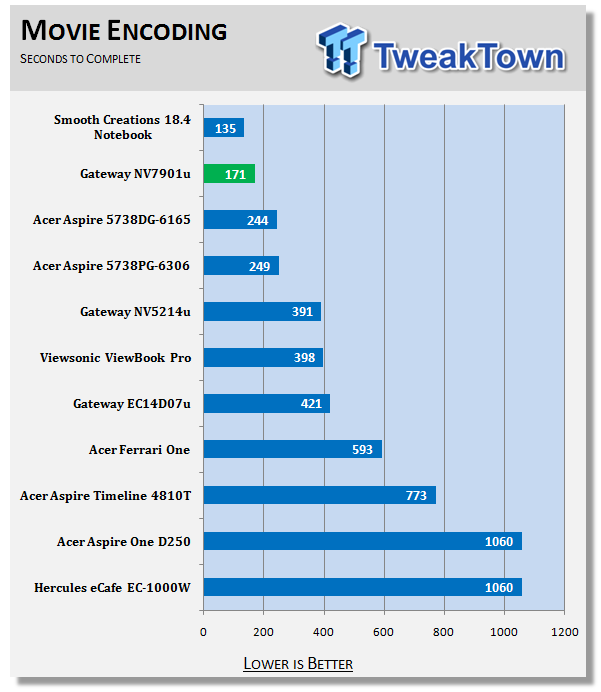 For the iTunes encoding test I take the Stone Temple Pilots Core CD in MP3 format and encode it to AAC format using iTunes and time the results with a stopwatch. The Gateway NV7901u put down the best time I have ever recorded on this benchmark. If you are wondering, the Smooth Creations notebook that bested the Gateway rig in the movie encoding test isn't on this chart because iTunes simply would not run on the machine. Check out the chart below for the results. 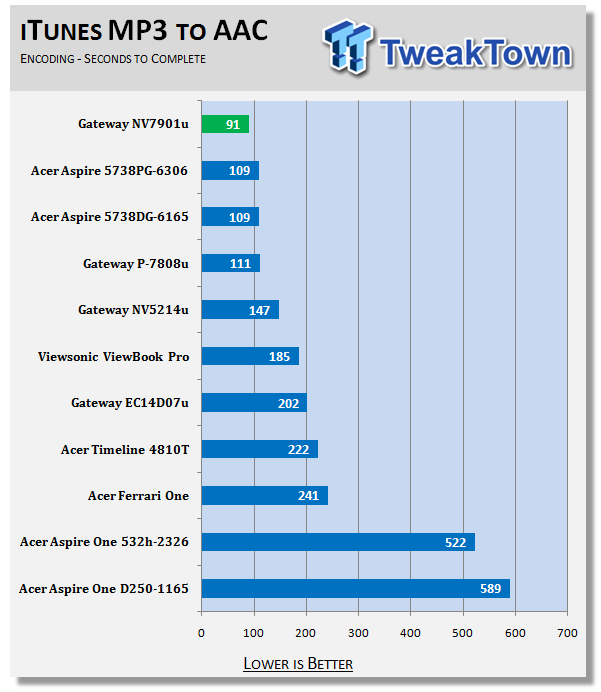 Starting with this review, the Battery Eater Pro charts are different. The charts for performance mode and power saving mode are now separate for easier reading.

With all the power on tap, the Gateway NV7901u scored poorly on this benchmark compared to other systems I have tested. But considering its performance and size, the results are average for its class. 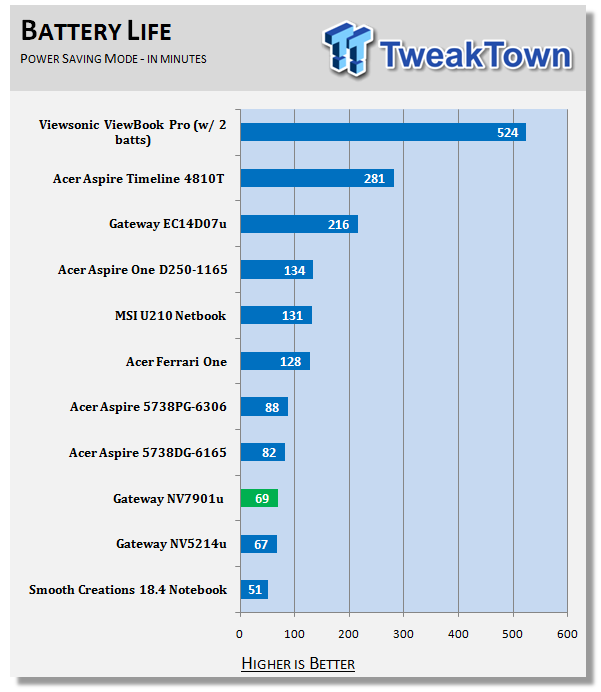 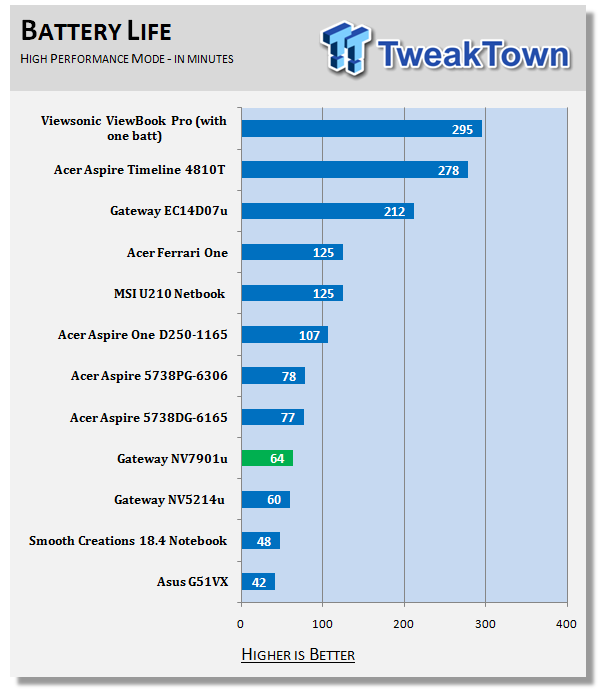 After all the benchmarks were done, I am very impressed with the Gateway NV7901u notebook. This is the machine to have if you want a big screen and lots of power at an affordable price. It's hard to fathom exactly how Gateway crammed so much performance into this machine at the sub-$900 price point the machine commands.

The huge LED backlit screen is highly glossy, a major issue when trying to work in a bright room. The glossy screen redeems itself, though, when the workday is over and you want to watch a movie or some video online. The colors are fantastic and the screen has very good contrast. This is one of the better screens that I have seen.

The keyboard of the Gateway NV7901u is large and has well spaced keys. The keys are actually a bit larger than the keys on the keyboard I type on with my desktop PC. The keyboard has a full number pad on the right side and offers great typing feel. The notebook also has media control keys built-in as well. The track pad is exactly what you expect from a track pad. It's accurate and worked without any issues.

You don't buy this machine for portability, but in case you had any illusions of hefting this beast around campus, you had better eat your wheaties. This machine is best used to replace a desktop in the home or office and will only be moved from room to room on occasion. You won't want to take this with you on the road for a day of business.

When all is said and done, I can sum the Gateway NV7901u up in two words -- impressive and cheap. I would not have expected the kind of performance this notebook musters to come in at under $900.

Anyone in the market for a desktop replacement notebook that can pull multimedia duties will be well served by the Gateway NV7901u, assuming you don't need a Blu-ray drive.