However, in the weeks before, Jackson and his team were hard at work rehearsing and forming what would have been a spectacular concert. Multiple high definition Red One and standard definition cameras were utilised to capture these rehearsals which were to be used internally. This is the footage that makes up this film. As a subsequence, This Is It is a hodgepodge of footage, part concert, part documentary. It's a peer behind the curtain and but a mere taste of what the concerts would have been like. Throughout the film Jackson sings (either in full or condensed versions) 18 songs, including fan favourites 'Billie Jean', 'Black or White', 'Smooth Criminal', 'They Don't Really Care About Us' and what has become a heightened emotional rendition of 'I'll be there'.

Jackson is not at his best and frequently makes comment of "saving his voice", but don't assume this because of any perceived sickness. The footage that makes up this film was never meant to be seen in this manner. Indeed, had he not died, I doubt we'd be seeing this footage at all. More so, it shows that even at the age of 50, he could sing and move unlike any of his current counterparts half his age. Genius is seldom appreciated during a lifetime and yet through This Is It we can see a fascinating sample of that genius at work.

Whilst accusations of death profiteering have been leveled at the film, I think an even greater tragedy would have been for this footage to have been locked up and never seen the light of day. For true Jackson fans, This Is It is a terribly bittersweet experience, but it represents a final opportunity for fans to say goodbye to their idol, in a communal, shared, experience. Jackson was, no doubt, a musical genius. There will never, ever be another Michael Jackson. This truly is it. 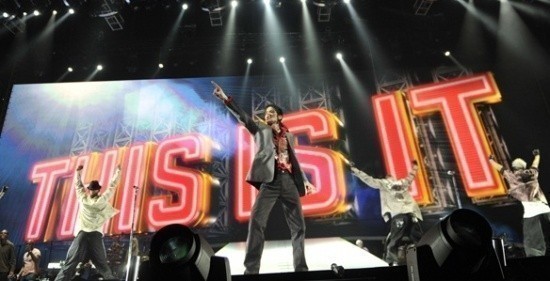 This Is It is presented in a variable aspect ratio, predominantly 1.78:1, encoded with AVC MPEG-4 compression.

I was extremely lucky to see This Is It in one of the few cinemas worldwide to exhibit it on IMAX. But I think this presentation eclipses even that.

Due to the varying degree of quality of the original recording, This Is It is a mixed bag. Whilst much footage was shot with the Red One HD camera, there is a smattering of standard definition footage which doesn't scrub up nearly as well, filled with macro-blocking and aliasing as a subsequence of upscaling. Still, the film is what it is - you can't blame a black and white film for merely being black and white. The video segments for Thriller and Smooth Criminal look amazing.

The video transfer itself is very good. There are no issues that pop up that aren't due to the source material. The high definition segments are spectacular.

Overall, a great image - just bare in mind the origins.

Amazing. Jackson fans will be in audio nirvana with this release. There have been some pretty awesome DVD versions of Jackson singles released, but no one has heard anything that comes close to the aggressive audio mixing on offer here.

There has obviously been a fair amount of audio massaging done, and it seems that samples from original recordings have been inserted to rectify issues that occurred during recording, but the end result is a fantastic achievement.

Surround channel usage is very high, with an entirely enveloping soundscape carved out. Bass is extremely deep and tight and always frequent underscoring.

Far more consistent than the video, this mix will truly tax your home theatre - this is the ultimate concert Blu-ray release and I doubt we will ever hear Jackson's work bettered.

Sony Pictures have gone above and beyond for Michael Jackson fans, preparing very tasteful featurettes and behind the scenes material. Some offer some extremely touching memories from Jackson collaborators which will bring a lump to the throat, further explorations of concepts from the concerts, whilst others show tantalizing glimpses of further performances which didn't make the final cut of the film.

The centerpiece of the extra features is the 40 minute long Staging the Return Documentary. You can elect to watch the documentary whole, or broken up into smaller parts. What a joy for fans. I can't stress this enough. Almost everything involved in the concert production shows up during the length, and this footage, in addition to the film itself paints a bigger picture of what the concert would have looked and felt like. It goes deeper and broader than you would have assumed, based on the footage shown in the film. Unmissable.

Next we have a batch of Featurettes starting with Making Smooth Criminal, which looks at the digital trickery done to splice Jackson into vintage Hollywood footage. Memories of Michael is a touching segment which interviews those that he spent his last few weeks with. You generally would not speak badly of the deceased, but it's easy to believe their sentiments of Jackson are well deserved. The Gloved One presents the costumes and outfits that Jackson was to wear for the tour, as designed by Zaldy. Over the top as always, these costumes look truly astonishing and would have served to cap off an already amazing concert. Searching for the World's Greatest Dancers, is made up of footage and interview segments from the dancers that auditioned for the concert.

The Thriller, Smooth Criminal Vignettes are the isolated video segments that were created to play on the large LED screens during the concert, and are spliced during their relevant segments in the film. Here they are presented without cuts, in their entirety. Slickly produced in high definition, they also feature 5.1 Dolby Digital audio.

Finally, we have the original Theatrical Trailer, presented in HD. 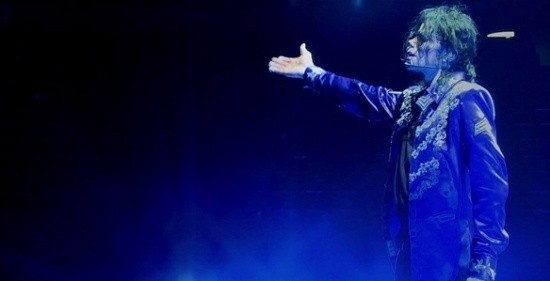